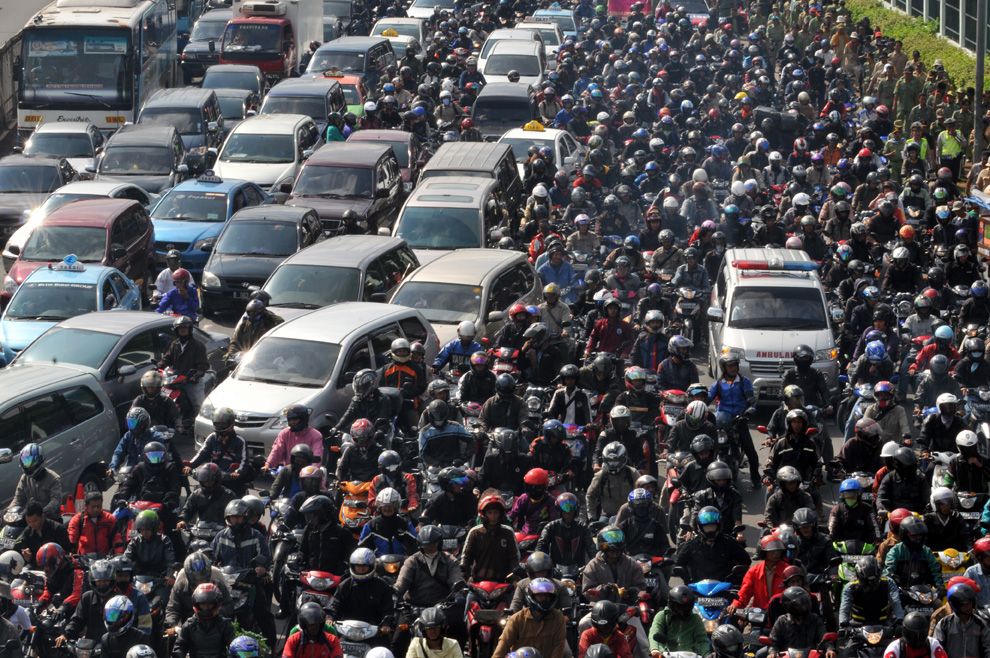 Raising such funds may seem like a daunting task, especially in times of fiscal austerity and fear of more financial and economic crisis. Yet it is a necessity for progress in international climate change cooperation. And it is eminently doable for Australia, as we show in our new report ‘Fulfilling Australia’s international climate finance commitments’, which will be released on October 27.

Australia and other high-income countries have already committed ‘fast-start’ climate funding up to 2012, to a total of $30 billion over three years. But at the UN Climate Change Conference in Durban beginning in late November there will be increasing pressure on Australia and other wealthy countries to demonstrate that they are on track to scale up their funding from 2013 onwards. Progress on financing is a prerequisite for progress on everything else.

Based on Australia’s wealth and emissions relative to other industrialised countries, we find that a fair share of the global commitment for Australia may be around 2.4 per cent, or $2.4 billion a year by 2020. To put this into perspective, consider that Australia’s resource and energy exports were worth $175 billion in 2010-11, and that Australians spend $19 billion each year on gambling.

Up till now, most wealthy countries have met their commitments mostly from their aid budgets. But relying on aid to scale up commitments much further will be problematic. Whereas around 4% of Australia’s aid is now allocated to climate finance, accommodating the full finance pledge could soak up around a quarter of the total aid budget by 2020, even after the planned doubling of Australia’s aid. This would inevitably cause perceptions that aid is being diverted from other important development priorities such as health and education.

A UN report on climate financing emphasised international carbon markets as a major catalyst for financing low-carbon growth in developing countries. Large scale international carbon trading remains a promising option, but progress has been slower than expected. Using a limited portion of revenue from the sale of emissions permits by the Australian government under the planned carbon pricing scheme may be an option in the future, but in the early years it has been fully allocated for tax cuts and industry assistance.

There are other sources of private finance, for example for commercial clean energy projects in developed countries. But they will not pay for adaptation, and may be skewed away from the poorest countries. So the search is on for alternative sources of public climate finance.

Among potential ‘global’ sources of climate finance, a levy on emissions from international aviation and shipping stands out as particularly promising. A carbon price on international ‘bunker fuels’ would promote fuel efficiency and create incentives to shift to biofuels. Allocating the revenue to global purposes would come naturally, as this is a truly international industry.

Australia’s geographical position is favourable for an international transport levy. Even a levy implemented unilaterally, ahead of a global scheme, would be feasible, and more straightforward than the EU’s carbon levy on aviation. Very little diversion of air travel would be expected from the slight increases in ticket prices, and part of the revenue could be used to improve tourism infrastructure, making Australia a more attractive destination. For shipping, Australia is actually closer to the major bulk commodity trade destinations in East Asia than most of the main competitors.

A tax on financial transactions (‘Tobin tax’) has been mooted as a potentially very large global new source of public finance. But while globally harmonized and implemented transaction taxes may be a worthwhile longer term objective, it seems an unlikely prospect in the immediate future. It would also be difficult to make a compelling case for using the revenue for climate change purposes.

The big prize is to cut or eliminate subsidies and tax breaks for producing and using fossil fuels. This could have the triple dividend of improving economic efficiency, cutting emissions, and creating funds that can be used for public climate finance.

Just four specific tax concessions for fossil fuel using or producing activities in Australia amount to over $3 billion per year. Larger concessions still, amounting to over $6 billion per year, are in place for off-road fuel use and fuel use for heavy vehicles. Just a quarter of the value of current tax exemptions for fossil fuels would be enough to fulfil Australia’s entire international commitment at 2020.

More tantalizing still from a fiscal perspective, yet politically fraught, is resource taxation. Australia’s Minerals Resource Rent Tax is estimated to yield over $6 billion per year. More would have been raised under the government’s original proposal, and extra funds could readily be raised if the tax was expanded beyond coal and iron ore, as the IMF has recommended. Even a small carbon levy on Australia’s coal exports, worth over $40 billion last year, could cover Australia’s climate finance contribution single-handedly.

The report ‘Fulfilling Australia’s international climate finance commitments’, by the Centre for Climate Economics and Policy (CCEP), will be released at a public event at ANU on October 27. Frank Jotzo is Director of CCEP, at the ANU Crawford School. Jonathan Pickering is a Research Associate with the Development Policy Centre and a PhD student at the ANU.