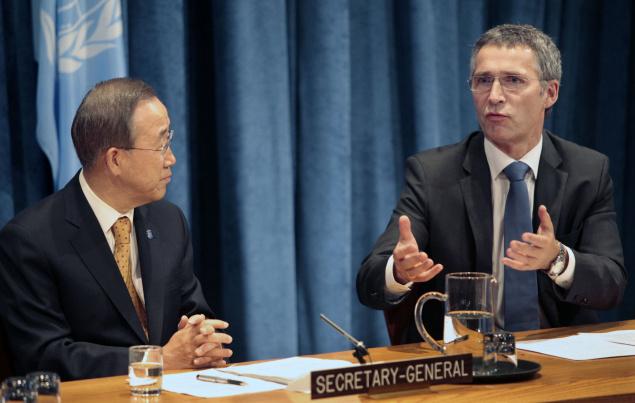 (Editors note: this article was written by Frank Jotzo and Jonathan Pickering of the ANU.)

Under the Copenhagen climate Accord, developed countries pledged to mobilise funds of US$30 billion between 2010 and 2012, and US$100 billion a year in climate finance by 2020, to support climate change action in developing countries. This compares to global Official Development Assistance (ODA) in 2009 of around US$120 billion, and some assessments indicating needs could be considerably higher. One of the big questions is how to raise the money. The UN High-level Advisory Group on Climate Change Financing (AGF) last Friday reported on the issue, concluding that meeting the $100 billion a year goal is ‘challenging but feasible’.

The AGF sensibly supports using a mix of revenues to meet the goal rather than a single instrument. It places heavy emphasis on carbon pricing and carbon markets, supports new instruments like transport levies but is guarded on proposals for a global financial transaction tax, and it foreshadows continued reliance on contributions from national budgets.

In doing so, it shows just how difficult the task could be: if carbon pricing were to remain limited, then greater contributions from national budgets will be needed, but these can be fickle and it is difficult to verify that aid is not simply being diverted. And the alternative of financial transaction taxes, favoured by many NGOs, clearly faces an uphill battle.

The AGF report aims primarily to inform the UN climate negotiations commencing later this month in Cancún. Its findings could help galvanise current initiatives within and outside the climate negotiations on international transport emissions. Equally, the report’s analysis is relevant for national policymaking, as it will likely be up to national governments to come up with a significant share of the total, using their own chosen revenue sources and instruments.   At the same time, many of the issues the AGF has grappled with may only be resolved through longer-term negotiation, and the AGF’s ability to recommend a clear set of options appears to have been constrained by pressure points in the negotiations.

A systemic perspective. It is not as simple as picking and choosing from these to make up the $100 billion. The AGF argues that a systemic perspective is needed to make the most of complementarities between sources – for example using public finance to leverage private investment – and to avoid problems such as double-counting or taxing the same activities twice. However, the AGF’s ability to maintain a systemic perspective was limited by one of the major faultlines in the financing negotiations: whether the climate finance goal should be raised primarily through public sources (as argued by developing countries) or private sources (as argued by developed countries), and whether gross or only net flows should be accounted for (see this ODI post).

As a result, the AGF supports a loose array of public and private instruments that together could meet the goal. As Bob McMullan, the only member of the panel from Australia, has pointed out, ‘It is a menu of options, rather than a blueprint’.

The flexibility provided by this approach will no doubt be beneficial for negotiators and policymakers, but it also means that there is no straightforward package. To run with the culinary analogy, for many instruments on the menu it’s hard to tell whether they should be classed as entrées or mains. Developing agreed methodologies for counting climate finance will be a major challenge for the transparency of future financing arrangements. Much further analysis will be needed to better understand the connections and tradeoffs among sources, and how the global menu of options might translate into practice for any specific developed country. Nevertheless, the report’s analysis should at least help move the debate beyond the somewhat simplistic opposition between public and private sources.

The central role of carbon pricing. The AGF emphasises that robust carbon pricing will be key to raising adequate funds. The report estimates that with a carbon price of around US$20-$25 per ton of CO2 equivalent, around $30 billion a year could be raised annually from either carbon taxes or auctioning of allowances under emissions trading schemes. No global carbon market or internationally coordinated scheme would be needed. Rather, national governments could earmark funds from their own domestic schemes. Therefore, funds could be generated quite soon, independent of progress in the climate negotiations.

However, in the United States nationwide carbon pricing is off the agenda in the short to medium term, and proposals for carbon pricing policies in some other major potential contributing countries remain deadlocked or on the drawing board. The AGF is right to strongly support carbon pricing, which in most cases will be the cost-effective option to raise revenue as well as cut emissions. However, if carbon pricing remains patchy, or if countries insist on quarantining all revenue for domestic purposes, this could severely hamper the chances of reaching the $100 billion goal under the AGF’s model (a similar concern is expressed here).

Innovative mechanisms. The AGF takes into account proposed new mechanisms that have figured prominently in the climate financing debate, such as a financial transaction tax (FTT), or carbon levies on international sea and air transportation. The report supports transport levies, along with redirecting governments’ fossil fuel subsidies towards climate finance. Some assumptions about the revenue that could be raised from these innovative sources are on the conservative side, for example the assumptions that only a quarter to half of revenue from transport schemes be earmarked for and that there be no net incidence on any developing countries. They may have greater potential to counteract the downsides of some other instruments.

The only innovative mechanisms that the AGF explicitly rules out are a ‘carbon export minimisation tax’ (taxes imposed by developing countries on their emissions-intensive exports to developed countries that have carbon prices), and a fund based on the International Monetary Fund’s Special Drawing Rights. Both are ruled out because they would likely impose burdens on developing countries and have limited political acceptability. The same disadvantages are cited for FTTs, which the report stops short of ruling out altogether, although the Brookings Institution suggests that it amounts to as much (at least for a global FTT), given concerns whether enough countries could participate to make it efficient and sustainable.

Direct budget contributions. Despite the diversity of possible financing sources on the menu, the report anticipates that direct budget contributions from national governments ‘will play a key role in the long term’, even though budgets remain extremely tight in the developed world at this time. If budget finance becomes and remains an important part of the mix, this is likely to have significant implications for ‘additionality’ in the financing negotiations.

It is reasonably straightforward to establish that new mechanisms are additional to what would have happened anyway. The same cannot be said for flows from national budgets, where there is always a temptation to cut aid (or reduce increases in aid) to pay for climate change transfers. Transparency in climate change funding may then hinge on striking international agreement on a useful and practicable interpretation of additionality, as well as working out whether contributions should be based on emissions, capacity to pay or a combination of both – a daunting prospect indeed. On-budget contributions are also notoriously fickle as they are largely at the discretion of the government of the day.

Many had hoped that the new climate funds could be exclusively raised through new mechanisms, providing a stable source of funding, and that the additionality problem would go away. If the AGF is right, then such hopes are largely misplaced, and getting to $100 billion could be a tricky process indeed, but given the stakes for developing countries, it’s a challenge that needs to be met.

Jonathan Pickering is a PhD student working on climate and development ethics at the ANU, based in the Centre for Applied Philosophy and Public Ethics (CAPPE).  Frank Jotzo is Director of the Centre for Climate Economics & Policy at the ANU Crawford School.