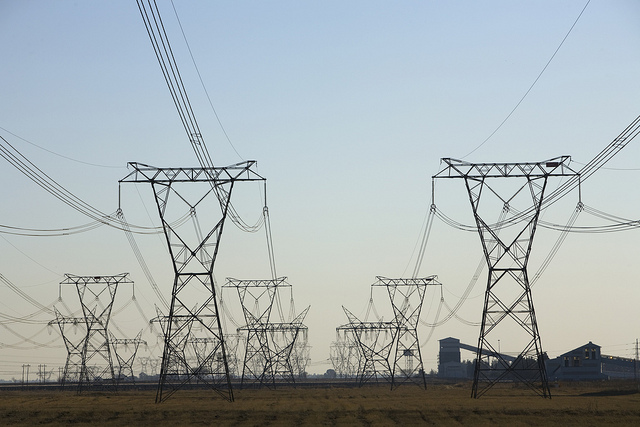 Coal means different things to different people. Depending on who you talk to, coal can be variously described as a ‘dirty’ polluting fuel undermining the livelihoods of the world’s poor through its impact on our climate, or alternatively, a low-cost fuel that has facilitated the incredible improvement in living standards seen since the industrial revolution.

Both arguments have merit. Both are influential.

Coal is an important contributor to climate change. The burning of coal is the single greatest producer of greenhouse gas emissions that are warming our planet; the IEA estimates [pdf] that in 2013, coal was responsible for 46 per cent of carbon dioxide emissions (carbon dioxide emissions in turn, account for 90 per cent of anthropogenic greenhouse gas emissions). The impacts of climate change are well documented, with consensus that they will be most felt by the world’s poor. The World Bank estimates that the cost of adapting to a world that is 2oC warmer could range from US$70 billion to more than US$100 billion by 2050. Evidence suggests that climate change is already contributing to the increasing intensity of strong cyclones in tropical regions, including in the Pacific.

There is heightened opposition to the continued use of coal as a result. The divestment of shares linked to the fossil fuel industry has in recent years become the subject of mainstream debate. The Norwegian Government last year announced that its $900bn sovereign wealth fund would withdraw from any company in which coal represents more than 30 per cent of the business. At the same time, an initiative of The Australia Institute calling for a moratorium on new coal mines has gained considerable traction, with the President of Kiribati, Anote Tong, a prominent advocate (a moratorium is a rather crude measure to reduce consumption of coal, although it may also be more politically feasible than more economically efficient measures such as taxes).

But coal has also played an important role in economic development, underpinning industrialisation in both developed economies and economies in transition (such as China) through the provision of low-cost electricity and fuel for manufacturing. In doing so, coal has improved living standards and reduced poverty, even while adversely affecting the health of communities that live near coal-fired power plants. Whereas 70 per cent of the world’s population were poor by today’s standards in 1900, the figure is now below 20 per cent. The link between coal and poverty alleviation may not be direct, but there is a link. It is hard to argue, historically at least [requires log in], that industrialisation and associated improvements in living standards would have occurred as they did without coal.

These latter arguments have been used to defend the coal industry. They underpin a widely held view that is best summed up by Tony Abbott’s famous statement (made when opening a coal mine as Prime Minister) that “coal is good for humanity”. More recently, Foreign Minister Julie Bishop, speaking at a side event at the Paris climate change negotiations, made a similar claim. While acknowledging the eventual decarbonisation of the world economy, Bishop emphasised that: “Fossil fuels will remain critical to promoting prosperity, growing economies, alleviating hunger for years to come.”

The coal industry, not surprisingly, has seized on such statements as part of its public relations strategy. But it has gone further, drawing a direct link between energy poverty and (lack of access to) coal. Graham Readfearn, writing in The Guardian in 2014, outlined how Peabody Energy (one of the world’s largest private sector coal companies) had used the services of public relations company Burson-Marsteller to develop its Advanced Energy for Life campaign. The campaign highlights the role of coal in addressing the plight of the 3.5 billion people without adequate access to electricity, arguing that coal is “essential for fueling low-cost electricity”, and noting statistics from (non-peer reviewed) studies that suggest that: “For every one person who obtained access to electricity from renewables such as wind and solar, about 13 people gained access due to coal.”

Increasingly it is this argument that has been used by political leaders to defend the coal industry. Australia’s Minister for Energy, Josh Frydenberg, has pointed to the “strong moral case” for coal exports by highlighting the fact that “over a billion people don’t have access to electricity.” Prime Minister Malcolm Turnbull last year used the same argument to defend coal in response to the Australian Government’s Chief Scientist’s comment that he would like to see a zero emission economy. The Prime Minister, like his predecessor, linked the subject to energy poverty, noting that: “you have to remember that energy poverty is one of the big limits on global development in terms of achieving all of the development goals, alleviating hunger and promoting prosperity right around the world — energy is an absolute critical ingredient. So coal is going to play a big part in that.”

I’ve said previously that this argument misrepresents the problem of energy poverty. In the case of electricity access, the biggest barrier [pdf] to electrification is the upfront cost of connection, or for off-grid systems (like solar panels), installation. It is not the price charged for the ongoing supply of electricity, which in most cases is cheaper than the cost of traditional fuels currently used for lighting. Energy poverty is also not the result of a lack of electricity generation. The average consumption of households that become electrified is very low, given the limited ownership of electrical appliances among these low income households. Instead, energy poverty is the result of households not being connected to an electricity network or an off-grid system, usually because they live in rural areas where power utilities are not present (84 per cent of households without electricity access are situated in rural areas [pdf]).

Addressing these barriers to electricity access requires regulatory changes that provide power utilities with incentives to expand access, both through extension of electricity networks and through installation of smaller mini-grid and off-grid systems. It also requires financing. Coal may be a source of low-cost electricity generation, but it has little direct bearing (positive or negative) on energy poverty.

That is not to say there is no indirect relationship when it comes to poverty more broadly. There is merit to the argument that coal has underpinned industrialisation through the provision of low-cost electricity and, in doing so, facilitated reductions in poverty. Although that cost advantage has been significantly eroded in recent years due to the rapid development of alternative technologies (and is likely to disappear entirely in the future), for now, coal-fired power plants remain the cheapest source of baseload electricity in many circumstances. This explains why countries like India have sought to leave open their ability to use (and expand) coal-fired generation in international climate negotiations. It also highlights why the principle that developed countries should bear a disproportionate burden of the costs associated with climate change action is so important for limiting the expansion of coal consumption in developing economies. Expecting a country like India, home to one-third of the world’s poor, to opt for cleaner technologies without financial support is neither realistic nor fair (not when the industrialisation of developed countries was underpinned by coal consumption).

That the coal industry should seek as part of its public relations strategy to highlight links between coal and the alleviation of poverty and energy poverty should come as no surprise. What better way to win the battle of ideas than to argue one’s product improves the wellbeing of the world’s poor? Both of the arguments highlighted by the coal industry have gained considerable traction in policy circles. There is some merit to the first. Advocates for coal are right when they point to its historical role in supporting industrialisation that has reduced global poverty, although linking coal to future industrialisation in developing economies is more questionable, given rapid declines in the cost of alternative power generation (and storage) technologies. The second argument – that coal is essential for addressing energy poverty – is unfounded.