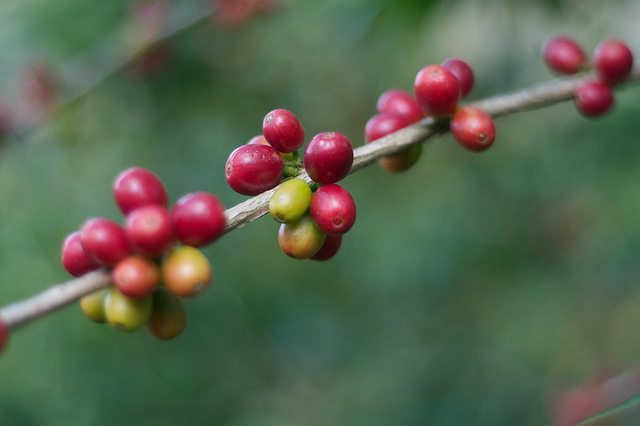 The idea of an ‘informal economy’ was introduced to PNG in 1972, during the heady days of preparation for self-government. My earlier blog post on this subject described official efforts, inspired by the Faber Report and the ‘Eight Aims’, to create an informal economy from that time. I concluded that this attempt to ‘formalize the informal’ had failed. Instead, ‘informality, rather than being nurtured, would have to arise … as pushback against the forces of bureaucracy, vested interest and prejudice’.

Events occurring in and around Goroka during the 1970s can be taken as further evidence for that position [pdf]. Indigenous informal economic activity arose from resistance (or ‘pushback’) against bureaucratic regulation and the domination of formal economic activity by expatriate interests and emerging ‘big-man’ entrepreneurs. Since the growing, processing and marketing of coffee provided the dynamic for economic development around Goroka, economic informality there was primarily rural in nature. This contrasted with the situation in Port Moresby and other towns, where policy was directed to facilitating an urban ‘informal sector’.

This account deals primarily with smallholder coffee producers around Goroka whose livelihoods remained grounded in subsistence agriculture. Informality arose as Gorokans were challenged by a host of innovations, including the introduction and elaboration of monetary exchange, technical change in agriculture (most notably, the introduction of a perennial export tree crop with associated techniques of husbandry and processing) and the emergence of related ‘off-farm’ activities. All of these innovations were governed by an imposed, regulatory framework and an unfamiliar commercial culture, and informality was the inevitable result of Gorokan efforts to cope (or conform) with demanding bureaucratic and commercial requirements. They were also learning to earn cash, again informally, through gardening and the sale of traditional crops, introduced vegetables and livestock, and by ancillary activities including trade stores, trucking and seasonal paid labour. Although these latter activities also gave abundant evidence of informality they are beyond the scope of the present discussion, which centres on coffee.

Gorokan smallholders were feeling their way tentatively towards what has been called ‘the reality of a thriving informal sector, the diversity of smallholder livelihoods combining formal and informal, farm and off-farm, urban and rural activities’. Their circumstances, however, were not always favourable for progress towards this goal, nor for optimal benefit from the opportunities available to them. In addition to informal smallholders, coffee was also grown by expatriate planters (whose operations were increasingly subsumed by corporate interests). These operated formally, at much larger scale and with substantial capital inputs, while there was also a group of ‘formalizing’ Gorokan coffee planters on holdings of intermediate size and lower capital intensity. This latter group was ripe for recruitment by the Highland Farmers and Settlers Association (HFSA) whose white members regarded them as potential political allies.

Bureaucratic regulation of the industry took a number of forms. ‘Good practice’ standards of husbandry were encouraged by agricultural officers and, in regard to processing, a grading system for beans was prescribed by a Coffee Marketing Board (CMB). In practice this was mediated by coffee-buyers, who decided how much to pay smallholders. Since coffee-buyers, processors and corporate planters were usually integrated there was abundant scope for divergences of interest between smallholders and the formal industry, and neither did ‘formalizing’ Gorokan planters always share smallholders’ concerns.

The most significant such ‘divergence’ occurred at the aggregate level, where the colonial administration was attempting (in the face of a difficult international market environment) to restrain the growth of coffee plantings. This measure was supported by the formal industry, itself constrained from further production increases by a clamp-down on land alienation and fearful of seeing its market share diluted in favour of smallholders, as aggregate production approached the limit set by export quotas. In the international political climate of the 1960s, however, smallholders were in a position to call the bureaucratic bluff. Their continued plantings represented pushback against official suasion and the energetic lobbying of the HFSA and corporate interests. It amounted to the informal ‘sector’ of coffee prevailing over the formal, plantation ‘sector’ (in quantitative terms, at least).

There was also an important qualitative divergence of interests, since roadside and factory-gate buyers of semi-processed ‘parchment’ coffee seldom rewarded smallholder efforts to process beans carefully. The presumption that informally-produced beans were inferior meant that smallholders were typically denied premiums paid to formal producers for quality product. Without price incentives many smallholders ‘pushed-back’ by becoming indifferent to quality and employing deceptive practices, such as adulterating beans with foreign matter and concealing poorly processed (‘wet’) parchment in coffee bags.

Further, by reason of their comparatively greater capital investment and overheads, both formal planters and formalizing Gorokan planters were more vulnerable than smallholders to coffee price fluctuations. Smallholders displayed a more elastic supply response to changing prices, reacting to low prices by becoming less willing to pick coffee and less inclined to process it. At such times many preferred to apply their labour to other activities, including planting new coffee trees rather than exploiting existing trees more intensively. Thus, during a decade of generally low prices from 1964, smallholders continued to expand their plantings under a production regime typified by sub-standard husbandry, with sub-optimal yields and inferior product.

Another instance of pushback took the form of successful political resistance to certain legislative measures inspired by political representatives of the intermediate group, called here ‘formalizing’ Gorokan planters. This commenced when they wanted to ban the selling of unprocessed ‘cherry’ coffee, because (as an observer put it) ‘they felt that the price was too low and cherry coffee was too easily stolen and sold to passers-by’. Industry sources suggested that ‘hired pickers and others’ were responsible for these thefts. Beneath the surface, it is fair to see coffee stealing as both an informal economic activity and a grassroots reaction to growing rural inequality and the alienation of land by Gorokan ‘formalizing’ planters. Legislation was passed to deal with coffee-stealing, restricting the sale and purchase of cherry in specified areas, including Goroka.

The victory was short-lived, the regulation being quickly amended because of political opposition from an unlikely coalition of smallholders and the CMB. Many smallholders, especially women, wished to retain the freedom to make immediate cash sales without the trouble of processing, while the CMB expressed concern about ‘the likely effect on the overall quality and price of smallholder coffee being exported and doubts … about the return to the grower being any more favourable by producing only parchment’. The ban on cherry sales may be interpreted as intended to protect the interests of a class of formalizing indigenous planters (who, incidentally, owned most of the small pulping machines hired by smallholders to process cherry coffee in villages). The pushback exerted against this by smallholders displayed stubborn informality, in support of their freedom to sell coffee in its least-processed (effectively, least formal) condition.

In summary, episodes of pushback – efforts to cope with bureaucratic pressures and to finesse commercial requirements – entrenched informality in the mass of Gorokan peasant producers. Although it is often assumed that informality will be eradicated by the forces of ‘modernization’, in practice it appears that informal economic activity is tenacious in the face of pressures for change. Most significant was the refusal to bend to official suasion to curtail the expansion of plantings, assuring smallholder quantitative (if not economic) dominance. In qualitative terms, smallholders reacted against pricing policies which did not reward careful processing. Their consequent indifference to quality and frequent resort to deception were evidence of a stubborn informality, causing a low price/minimum effort mentality to became normalized among them, cushioned by their still relatively secure base in subsistence agriculture. The aborted ban on direct sale of cherry coffee was an attempt by formalizing Gorokan entrepreneurs to assert their own interests, while the political reaction against it represented the successful defence of informality in production by small growers.

Such episodes document the emergence of informality in reaction to particular bureaucratic and political constraints operating in the Goroka district. The experience suggests that, despite the ideal of ‘a thriving informal sector’ and a ‘diversity of smallholder livelihoods combining formal and informal, farm and off-farm, urban and rural activities’, the condition of informality, per se, is neither intrinsically positive nor negative in terms of ‘development’ or welfare [pdf]. In the case of Goroka, a ‘hybrid’ culture of coffee production and processing, embodying both ‘market’ and ‘traditional’ behaviours, was established. This culture continues to characterize the smallholder coffee sector.

John D. Conroy is a Visiting Fellow at Crawford School of Public Policy at The Australian National University. This post is based on Devpolicy Discussion Paper 49, ‘Coffee, market economy and informality in late colonial Goroka, Papua New Guinea’.