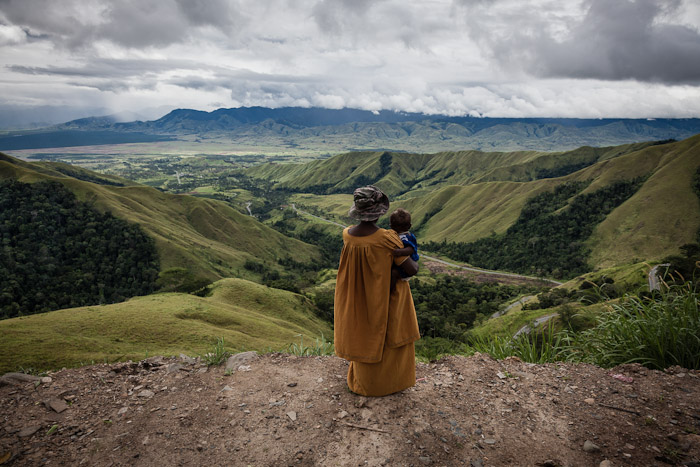 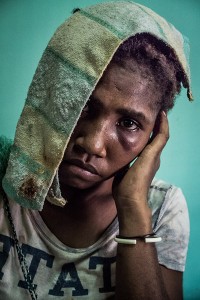 Family and sexual violence is a crisis facing the women and children of Papua New Guinea.

The Family and Sexual Violence Action Committee (FSVAC) was established in 2000. This was because the women of Papua New Guinea were saying, when the country was celebrating independence, that we had nothing to celebrate. We were being beaten, raped and murdered. So we decided that there should be a peak body established to reduce the violence that we see in our country. The committee involves various sectors, with 81 member organisations. Through this network, we have also established committees in the provinces.

Why do we call this problem ‘family and sexual violence’ when we could just say it is gender-based? Because when we talk about gender-based violence, we mostly see this as intimate partner violence. It lets the other violence that is seen in our families fall through the cracks–when our brothers beat us up or kill us, where we are beaten by fathers for falling pregnant to men they don’t approve of, honour killings. Incest is a traditional practice allowed in our matrilineal societies to retain land by the brother’s family. None of this is reported to the police.

This is why we say family violence. And when we are talking about combatting family and sexual violence, we are also talking about changing our own way of life (for example, the practice of incest in matrilineal societies). Men are expected to have control over their women and it is accepted that a man should correct his wife or sister to conform to the expectation of the community. In PNG community rights are more important than women’s rights and hence we see many times women agreeing to do things that would violate their rights. For instance, a woman will keep quiet about sexual abuse because she does not want to see her family hurt.

How do we help to change women’s minds/attitudes so they do not think it is OK for their husbands, brothers and fathers to beat, rape and even murder them?

There are many myths about this violence. When a woman goes long-long (mad), people say it’s sorcery, it’s never the husband’s fault. And sometimes we Papua New Guinea women believe that when a husband hits us, it means that he loves us or is jealous. Often you will see even our highly educated women continue to live their lives through their husbands, with everything being about him. But tomorrow, if he walks out, he will leave her with nothing. Many times we make excuses for the violence that we see, blaming it on culture or alcohol and drugs. So our own understanding of domestic violence is confused, and we continue to accept living like this.

From what we see, the age group that is witnessing the most sexual violence–whether it is gang rape, rape in the home, or rape by a father or step-father–are those between the ages of five and 19.

The other thing that we are now seeing, because the status of women is so low, is a lack of interest from parents to make sure their daughters have opportunities. So, many young girls are getting married at a very early age.

In Papua New Guinea, we have 733 maternal deaths for every 100,000 births. More women die in childbirth in PNG than in any other Pacific country. One of the many reasons for this is because women are having babies at such a young age, when they are still girls. By the time they are 21 years old they might already have three children. 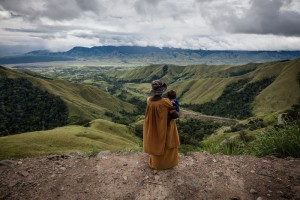 And so the story goes on. Whether we are living in mining areas, in villages or in the towns, this is the story of life for PNG women. Every time PNG participates in international human rights events–we say that the different ribbons we wear tell a story of a PNG woman: blue–sexually/abused as a child; white–beaten up as an adult; red–infected and died from HIV/AIDs.

The only laws now available in the country are assault laws and these are currently used to charge perpetrators for physical injuries, while sexual abuses are addressed under the 2002 Amended Criminal Code and Evidence Act. We are now working on the Family Protection Bill. We hope it will go through so that we can actually take those causing violence within families to court and have them charged for an offence under the term domestic violence.

Some people ask me why we haven’t mobilised and protested as a nation of women, like what has happened in India. In a nation of 800 languages, how can we do that? Even if we send out written information or go on TV or radio, not everybody listens and 68% of our women are illiterate. So how can we reach them?

We need more facilities to help women and families. We can’t just look to developed countries for examples, we need to look at what we can offer ourselves. Right now, we have established Family Support Centres (FSCs) where battered women and children can go for immediate medical treatment and psychosocial support. There are now about 15 of these centres in the country and we have seen around 12,000 women come through them in six years. But this only counts those who are willing to come, and these centres are not available everywhere. We have safe houses (Meri Safe Houses), but there are only two in Port Moresby and they can take up to ten women. There is one in Alotau that can take four women, while in Lae, there is room for one woman only. With all the problems we are seeing, we do not have enough services. It makes it more difficult for us to reach our people and to give them the support they need.

Another thing that we urgently need is to establish services for men. For example, if a man cannot get an erection, he then blames his wife and beats her up. So we need men to also understand their own health problems. We have about 1,000 men now trained as advocates and we need to do more work to help to change men’s behaviour and to help them educate each other.

We are getting support to roll out FSCs and Meri Safe Houses across the country, but what is really lacking are our skills to manage cases so that good and proper assistance is given to survivors. We have stories of so many of our women who we have been treated at FSCs and kept at safe houses, and then when we send them home they have been murdered. That is because we lack the facilities and skills to manage the cases properly so that proper assistance is given to these women before they are resettled in their communities.

Internal trafficking is also a big issue–when men have money they bring other women back from the cities. We don’t even have services for referral or repatriation of these women. We also need to better connect these services to the community advocates who are on the ground. These are people we have trained to be the first to intervene when a woman is abused. So we need to have FSCs, safe houses and case management centres to work together to support these victims of violence.

We also need an advocacy strategy that can be taken up at the national level. Just by speaking different languages, it makes us different. So when we are trying to do these types of programs, we need to start looking at how we can create awareness and bring people together, so that we start thinking about this problem like a nation instead of just focusing on what we do in our own little pockets and communities.

Ume Wainetti is the National Coordinator of the PNG Family and Sexual Violence Action Committee (FSVAC). This post is based on a presentation she made at a Development Policy Centre event on May 22. A video of the presentation is available here and a podcast here.

Ume Wainetti is the National Coordinator of the PNG Family and Sexual Violence Action Committee (FSVAC).