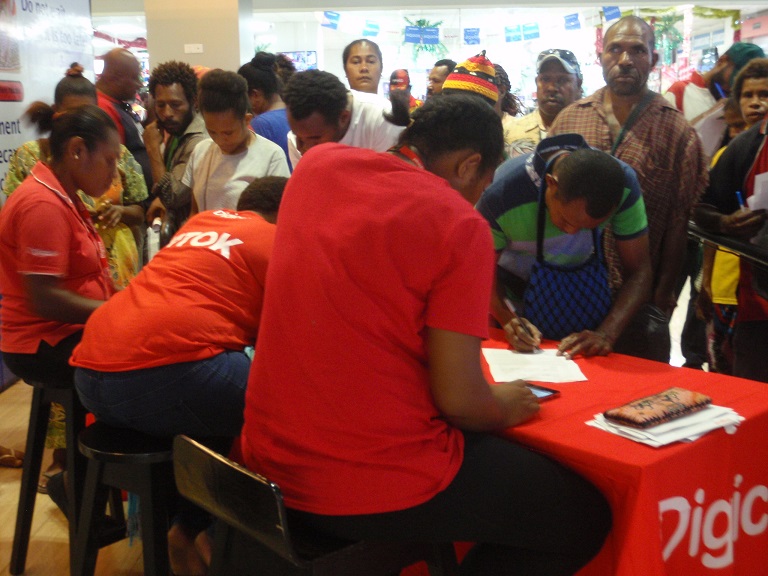 The SIM card registration deadline in Papua New Guinea (PNG) has now been extended to April 30. The deadline was to be today, but over a million mobile phones are not yet registered. All pre-paid mobile phone SIM cards must be registered with a service provider (Digicel, bmobile Vodafone or Telikom) before the new deadline. If consumers do not register in time, either their SIM card will be deactivated or the operator will receive a fine from the National Information and Communications Technology Authority (NICTA) for continuing to operate unregistered SIM cards. A SIM is a Subscriber Identity Module linked to a user’s phone number and usually looks like a small computer chip. If a SIM card ceases to function, the mobile phone it is inserted into will not work; the user will not be able to make calls, send text messages and so on. 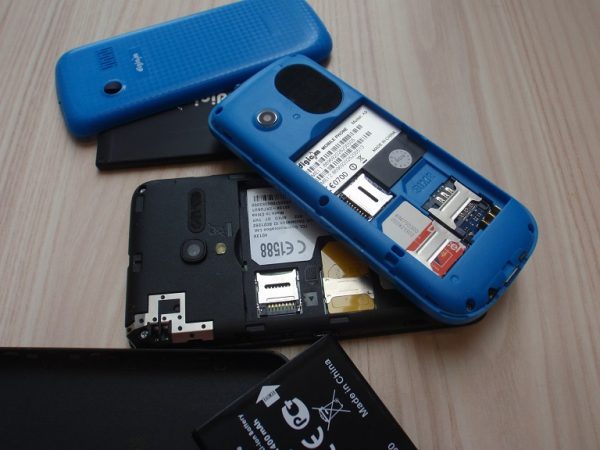 SIM cards, which look like computer chips, are inserted into mobile phones and are linked to phone numbers (Credit: Amanda H A Watson)

Registration involves a user providing to the mobile phone company their name, proof of identity and other details. The requirement applies to all pre-paid SIM cards in the country: those which require a user to add credit before they can make a phone call, send a text message or use data. The registration exercise does not apply to post-paid SIM cards (that is, mobile phones for which a user or employer pays a bill at the end of each month), as mobile phone companies already have contact details for these users.

In various countries, SIM card registration has been legislated. Governments often adopt such a policy in order “to help mitigate security concerns and to address criminal and anti-social behaviour”. In PNG, similar motivations for the policy have been expressed, including the need to have increased security in time for the APEC meeting in Port Moresby later this year. A concern though is that “to date, there has been no empirical evidence that mandatory SIM registration directly leads to a reduction in crime”. Indeed, in Mexico, the theft of handsets increased after a similar policy was introduced, likely because “criminals stole handsets to avoid the risk of being traced”. Mexico subsequently abandoned their SIM registration policy and later introduced a scheme for registering handsets. Several countries in Latin America have opted for handset registration in order to address handset theft.

Proof of identity issues are a major concern, as the majority of people in PNG live in rural areas and do not have written identification such as a drivers’ licence or passport. The global peak body for mobile phone companies has suggested that the “effectiveness of SIM registration solutions also depends on the availability and pervasiveness of national identity schemes”. In Pakistan, SIM registration has been successfully established, based upon a national identity scheme incorporating biometric data. In PNG, the National Identification (NID) project has been established, but it is a very challenging undertaking and to date has only registered a fraction of citizens. Issues of identification remained a significant challenge during the 2017 national election, and concerns regarding inaccuracies in the electoral roll were raised. While illegal sale of NID cards has been uncovered, NID could potentially assist with a range of activities in the future, including elections.

In December, I was reminded about the need to register my SIM cards through promotional messages, such as advertisements on radio and television produced by mobile phone companies and NICTA. I registered a bmobile Vodafone SIM card easily and quickly at a bmobile Vodafone retail outlet in Port Moresby. A staff member completed my details using a tablet. Information required included my name, address, sex, and date of birth. I was given the impression that it was not possible to leave any fields blank. I used my PNG drivers’ licence as proof of identity.

I also needed to register a Digicel SIM card, but there were always queues at Digicel outlets and the registration process itself also seemed lengthier. I had to complete a paper form and then a staff member entered all my details onto a tablet while I waited. My photograph was taken and a confirmation code was sent to my mobile phone. I needed to provide this in order for the registration process to be complete. I wanted to leave some fields blank, but was told by the staff member that if I did so my registration would not be accepted as valid. There were some questions about Digicel services, such as mobile money, which had been included. Again, I used my PNG drivers’ licence as proof of identity. I was given a copy of the paper form to keep, and was told that it would be handy if I ever need to re-activate the phone number (for instance, if my handset is stolen).

For me, the registration process was time-consuming and raised questions about privacy and data security. I worry about personal details such as my date of birth being held in databases belonging to commercial entities. For an illiterate or semi-literate PNG citizen with no drivers’ licence or other form of written identification, the process must be challenging and confronting. To address this challenge, the legislation allows for people to use a letter from a reputable person such as a pastor or village court official as a means of identification. Nonetheless, many people live a long way from retail outlets and thus they must be incurring transport costs and making a substantial effort in order to register their SIM cards. While SIM card registration is supposed to be free of charge, sources suggest that sub-contractors in some provinces are charging consumers five Kina to register.

For all the effort being made by consumers and telecommunication companies, I wonder about the extent to which the process will lead to tangible benefits for the country. Certainly, the exercise is costing the operators money, as has also been observed elsewhere. In some places, for instance Nigeria, the regulatory body has shouldered registration costs.

There may also be a risk that vulnerable or socially marginalised people are excluded from the opportunity to own and use mobile phones. The extension of the deadline may give more consumers a chance to avoid being cut off, but the registration of SIM cards in PNG remains a significant logistical challenge. When similar initiatives have been introduced in other countries, deadlines have been extended, but nonetheless SIM cards have been deactivated after the final deadline. Deactivation would likely result in decreased revenue for operators and the government through taxes.

But perhaps more importantly, this policy could lead to an absence of two-way communication in disadvantaged communities in PNG. If the few active mobile phones in certain remote villages are cut off, this could have negative implications regarding time-critical emergency communication, such as for childbirth complications and natural disasters. Citizens in such places may need to overcome further hurdles in order to ensure that they are not left even further behind.

Amanda Watson is a Lecturer with ANU, based at UPNG in Port Moresby as part of the ANU-UPNG Partnership, which is supported by the Australian aid program.