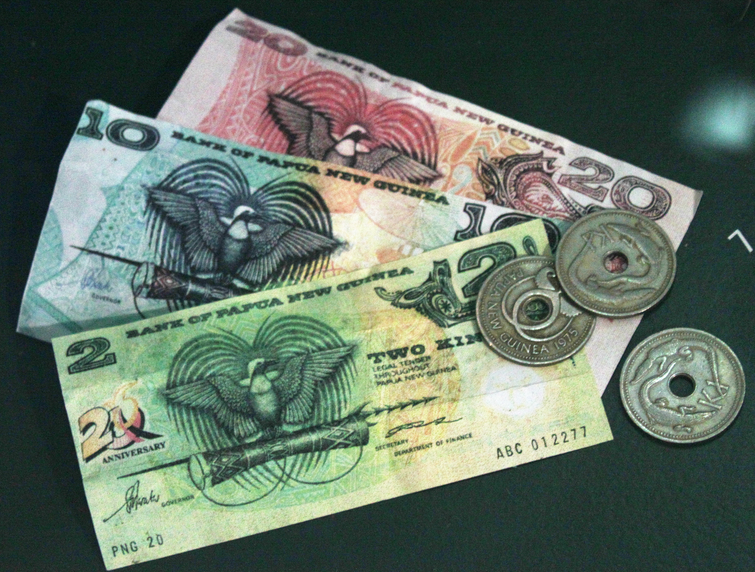 The proposed devaluation of the PNG Kina has recently been promoted by international donor agencies, specifically the IMF, and academics at The Australian National University (ANU). Stephen Howes, of the Crawford School of Public Policy within ANU, has been a strong academic voice arguing for devaluation. In a blog earlier this year, he argued that in recent years traditional business concerns such as security, skills shortages and infrastructure have been displaced by concerns around foreign exchange availability:

“The only real solution is a devaluation of the exchange rate. A devaluation would be neither painless nor a panacea, but there is simply no other way to resolve the foreign exchange crisis other than to try to wait it out. Again, the IMF has it right: “[We] recommend that the Kina be allowed to depreciate to eliminate the current over-valuation of the currency, end the FX shortage, and promote external competitiveness.””

Moreover, in the same article he continues to explain his position: “If businesses can’t import, they are not going to produce and employ. And if they can’t get their profits out, foreign investors are going to stay away… The IMF put it well in its December 2017 report on PNG: “The main impediment to private sector development is macroeconomic policies. The main obstacle to business activity and investment are difficulties in obtaining foreign exchange.”

If I understand Howes’ argument correctly, it appears he believes that essentially, businesses find it difficult to import because of the missing foreign exchange required to purchase imports. The high cost of the Kina means high operational costs within PNG. Lowering the cost of the Kina means lower operational costs, allowing for profits that will offset the cost of imports. As PNG thus creates a more profitable business environment, new investors will find it attractive, with a devalued Kina consequently increasing foreign investment – bringing in much-needed foreign exchange.

One might argue that a devalued Kina, which lowers the cost of investment for foreign investors, will not work if the prospective investor lacks confidence in the business environment. Howes claims, nevertheless, that business confidence is high and it is the lack of foreign exchange availability that is holding matters back.

But who are these investors that will rescue PNG from the foreign exchange crisis if the Kina is cheapened, allowing investors to “get their profits out”? PNG has a very limited resource-based economic market. As Adam Smith noted in the Wealth of nations (book one, chapter one), the division of labour is limited by the size of the market and the converse is true, limited specialisation is indicative of a limited market. Smith underlined that where there is little division of labour, each individual must assume a plurality of tasks as in a subsistence system, and a significant market cannot be generated. PNG approximates this assessment of the realities in a limited market, with one estimate that over 85% of the population engages in subsistence agriculture. This environment will fail to attract investors, regardless of Kina costs, unless factors are addressed which allow for market expansion.

Without proper transportation infrastructure which allows for market expansion, investment possibilities will remain extremely narrow. Outside Moresby, the road only reaches about 100 kilometres eastward to Kupiano, and a somewhat longer distance westward. In Lae, the Highlands Highway is in desperate need of repair, with holdups and road blocks frequently occurring as transportation has become a perilous undertaking.

The weakness of the central government is another factor. Law and order can be maintained to an extent in the urban centres, but beyond this the government’s ability to police relations diminishes.

Finally, skills shortages present further issues. Successive governments have failed to support a viable system of education. The national high school system that produced a core of elite well-prepared secondary school leavers has collapsed, while the universities have been starved of funds and cannot guarantee the quality of their graduates (see here and here). These are serious problems and cannot be simply resolved by tweaking monetary policy.

On the other hand, a devalued Kina would have a devastating effect on the urban markets, which are the only viable economies external to the subsistence economy. Significant economic activity, as it exists in PNG beyond the resource extraction industry, is centred in the urban areas, particularly Lae and Port Moresby. These markets depend heavily on the importation and trade of goods which are unobtainable locally. A devalued Kina will severely hinder the capacity to purchase and make these goods available on the local market. Because more Kina will be required to purchase the foreign exchange necessary to buy foreign products, foreign goods which do become available will exhibit a significant price increase in Kina. Inventories will go unpurchased and an inevitable economic downturn will follow. Staff will have to be laid off, and increasing unemployment will have a knock-on effect as demand shrinks along with growing unemployment. A devalued Kina would more than decimate retail trade in the urban centres.

Although Howes refers to the opinion of contacted CEOs, my anecdotal experience with numerous local businessmen, both expat and national, indicates a decidedly emphatic rejection of the notion of devaluation for the above reasons. I found that many already see the Kina as too low, attributing this to banking policies and the failure of resource developers to bring profits onshore. Many see the unavailability of foreign exchange as attributable to these realities, rather than the alleged overvalued Kina.

The counterargument holds that a degree of short-term pain is inevitable but that in the long-term the environment will be better off when investment picks up, bringing in much-needed foreign reserves and strengthening employment. This form of proposed austerity would be difficult to handle. Unemployment is already an issue in the urban centres, and risking an increase in unemployment will further worsen security and effective governance. This development would have the potential to make the local environment even more antithetical to investment.