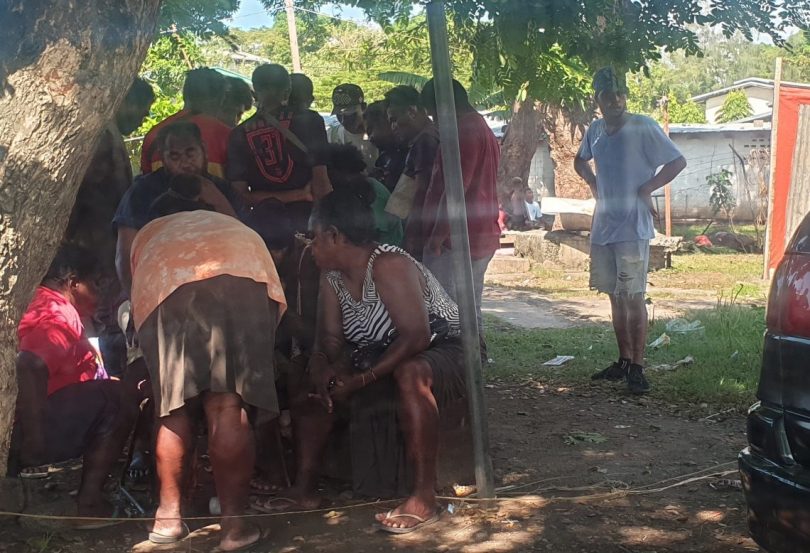 The world has not been faced with a pandemic for a long time. The ramifications for global trade and the world economy are far reaching. The pandemic has also shown how interconnected we are. We have a commonality as human beings that is being brought to the forefront by the pandemic.

So far, Solomon Islands has not had any positive COVID-19 tests results. At the time of writing, there are two samples waiting to be sent overseas for testing. 11 tests have already come back negative. With international airlines prohibited from Solomon Islands, the government is looking at some alternative ways in which the samples can be sent to Melbourne for testing. One cannot rule out the existence of asymptomatic cases in the community. This to me represents the biggest existential threat to the community.

Sadly and paradoxically, Solomon Islands, despite having no confirmed cases, has the highest number of people in the Pacific islands who have so far died at the altar of COVID-19. Tragically, 27 people aboard the MV Taemarehu drowned in the early hours of 4 April in rough seas as a result of (then) Category 1 Cyclone Harold. The ship was transporting Honiara residents seeking refuge from COVID-19 (at the advice of government) in the village at West Are Are, one of the Districts in Malaita Province. The casualties include the wife, three sons, and brother of a Deputy Principal of one of Solomon Islands’ national secondary schools. This is deeply shocking and sad for the country. Those who lost their life were innocent Solomon Islanders simply escaping the likely breakout of COVID-19 in Honiara.

Solomon Islands was already starting to feel the cost of reduced revenues from commercial logging which the Minister for Finance forecast would lead to economic contraction in 2020. Thus, the impact of COVID-19 has simply exacerbated an already dire economic situation. The immediate economic impact is being felt by hotels who have zero visitors, market vendors for betel nut and roadside vendors who have been required to close, and public servants who have been asked to take leave at half pay.

The State of Emergency (SoE) has required all roadside street vendors to close, including some of the food markets at Henderson and the Fishing Village. These are a very important source of revenue for many households. There has been no rush on food and other goods from shops and, so far, all the shops are well stocked. But there is no doubt that there will be some impact on the supply of rice which is now a staple in Solomon Islands. Vietnam, the main supplier to Solomon Islands largest rice distributor, Solrais Ltd, has said that it will no longer be exporting rice.

The government has been quite prudent by not laying public servants off, but allowing them to continue to receive a portion of their salaries. It has also been careful to reallocate resources to preparations for COVID-19. Overall, the government has been proactive, even though the level of the facilities might not really be up to scratch.

At the same time, people have fallen back on their social networks by going back to the villages where they feel more secure. This might help them cushion the economic impact of the SoE, but the reduced revenues will certainly have a knock-on effect and reduce services.

The government is working on a stimulus package but, at the time of writing, this has not been announced. I have already made the case to the government that there is much it can do to support the economy and mitigate the impacts for businesses and households. The government has received funds from Australia, New Zealand, the United States and China, to support its COVID-19 response. This will help ameliorate the economic impacts of the government’s reduced revenues. One key lesson from COVID-19 is that the government must set aside funds for “rainy days”.

The SoE was declared on 25 March but only for a week. At the time of writing, the Solomon Islands Parliament is meeting to extend the SoE for another four months. There is political unanimity to do this. However, as I observed on the streets of Honiara, the message about social distancing is not seeping through the community. Sharing vital public health messaging against the backdrop of low levels of literacy is one of the challenges confronting authorities.

A key plank of the government’s response is to require all people who have no reason to be in Honiara to return to their villages. This has political ramifications as it clearly underlines the importance of the village as the focal point for development. Questions are going to be asked of policy planners as to why they have not put the village as the centre of development when it has always been known that Solomon Islands is a society of villages. These village units should now become an important platform in future national development policies.

The deaths of those who died trying to escape back to their villages on the MV Taemarehu should not be in vain. If the government had focused its development efforts in the rural areas, there would be no reason for so many to migrate to Honiara to look for work. The health facilities in Solomon Islands are, at the best of times, inadequate and if there is an outbreak it will be hugely challenging. If an outbreak occurs on one of the outer Islands, it will be devastating.

COVID-19 has been a great equaliser of the health services for Solomon Islanders as years of neglect by the government has revealed just how inadequate investments in the health sector have been. For the first time, our politicians cannot take advantage of overseas treatment. The village which has so often been ignored in the past, now provides a safe haven for people. Every effort should now be made to focus on the village.

Worldwide, COVID-19 is providing the impetus for a serious rethink on many issues. In the case of Solomon Islands, it may lead to the pursuit of a very different economic and political trajectory.

Update: On 11 April, it was reported that Vietnam is resuming rice exports.