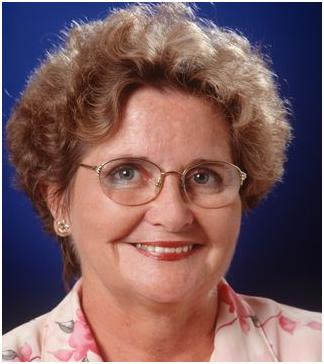 Dame Carol Kidu delivered the annual Pamela Denoon lecture at the Australian National University as part of the International Women’s Week celebrations last week. In a speech titled Sex, Women and the 21st Century in Papua New Guinea, PNG’s only female Member of Parliament, and now leader of the opposition, provided an overview of the challenges facing women in PNG in the 21st century.

One focus of Dame Carol Kidu’s lecture was maternal mortality in PNG. Statistics relating to maternal health in PNG are appalling. According to the latest available data from 2006, PNG has the second highest maternal mortality rate in the Asia-Pacific region, at 733 deaths per 100,000 live births. Only Afghanistan scores worse.

There is similarly a lack of access to family planning services in rural areas of PNG. This leaves many women with no access to contraception, either because their village is too remote, or because the distribution systems through which contraceptives are delivered are ineffective (the inadequacies of health distribution systems in PNG are discussed here). Family planning services are generally not available to unmarried teenagers, one of the groups most at risk of unwanted pregnancies. The result is that the average woman in PNG has approximately 5 to 6 children, with an estimated 40 per cent of pregnancies being unplanned.

Donor interventions that focus only on abstinence and fidelity – generally with the objective of reducing the incidence of HIV/AIDS – have demonstrated poor results worldwide (see for example here and here). The fact is that women in PNG are often not in a position to abstain from sexual relations. Rates of sexual violence are high, as is domestic violence more broadly (although the statistics are unreliable, given the high incidence of domestic violence that goes unreported). A recent survey cited in the lecture suggests that two-thirds of women in PNG have suffered domestic violence.

What appears to be an increase in domestic violence in PNG is, according to Dame Carol Kidu, the result of an “uncomfortable interface between tradition and modernity”. As PNG has modernised, women have lost many of the traditional protections against domestic violence that formed part of village life. This gap has not been adequately filled by the formal law and justice system. In an interesting story, Dame Carol Kidu recounts the intervention of a group of female “protectors” in a case of domestic violence in a village of the 1960s. The group quickly surrounded the victim and prevented further abuse. These sorts of traditional protections, she laments, are in decline.

On abortion, Dame Carol Kidu highlighted the need to update sections of the Criminal Code that deem all abortions illegal; a legacy of the Queensland Penal Code on which PNG’s Criminal Code is based. Although clearly pessimistic about the potential for general legalisation of abortion, Dame Carol Kidu did argue that more limited reform was possible, such as the legalisation of abortion in cases of rape or incest. Similar laws have recently been passed in the Cook Islands.

When summing up, Dame Carol Kidu argued for more political commitment towards addressing gender inequality, with the provision of healthcare to women clearly a priority. She was hopeful that the establishment of parliamentary seats for women will help secure this political commitment, although noted that parliament has recently rejected the enabling law for this measure (she hopes that in the upcoming elections, this might lead to a voter backlash and the election of other women to parliament – Dame Carol Kidu will retire from politics at the end of her current term in office).

However, Dame Carol Kidu also emphasised that the problem is not just politicians. In an aside, she noted that Australia also has its fair share of “crazy politicians” – a point with which the audience clearly agreed. Despite this, the government in Australia continues to provide services to the population, through a competent, mature and well established bureaucracy. Bureaucratic capacity is something that PNG needs to continue to develop over time.

Dame Carol Kidu noted that there are many successful programs that the PNG Government can build on in order to improve public service provision. These programs are in diverse areas, ranging from the provision of rural health services to enhancement of the law and justice system. Many of the health-related measures that have most benefitted women have been implemented by churches and NGOs at the community level. However, these “success stories” have not been integrated into broader service delivery by the PNG Government (in this blog post, Andrew McNee makes a similar argument). More integrated partnerships between the government, NGOs and churches are needed.