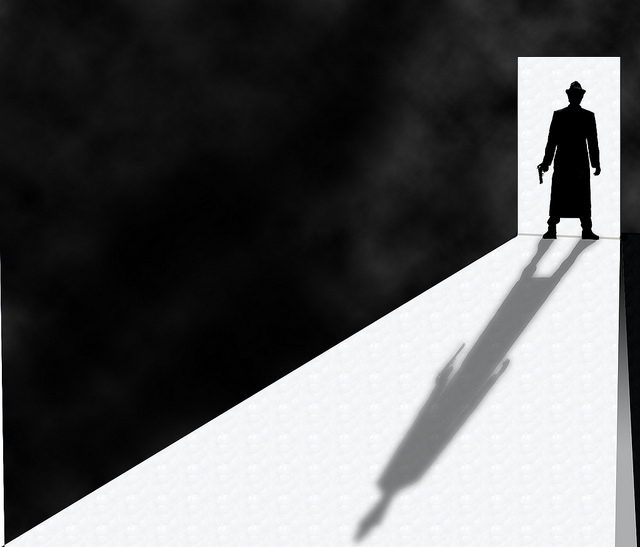 The phrase ‘organised crime in the Pacific’ conjures up pictures of shady characters in criminal gangs. This is understandable: mafia and bikie gangs do operate in parts of the Pacific and are often featured – prominently and sensationally – in local and international media (see here, here, and here). However, in our recent Development Policy Centre Discussion Paper we argue that that the most significant organised crime in the region involves the nexus between political elites and seemingly licit actors. The social and economic disruption caused by this nexus is often more serious than many other types of organised crime. This means organised crime in the Pacific is less about tatts, drugs and gangs, and more about networks of politicians, business elites and assorted intermediaries.

The most visible nexus between organised crime and politicians is in the logging sector. Papua New Guinea and Solomon Islands have a long history of illegal logging facilitated by an alliance between Asian logging companies and local political actors. This collusion has resulted in “the blurring of legal and illegal trade in relation to formal export-oriented log production” (see page 93 of this pdf). Estimated net exports of illegal timber from both countries in 2010 were US$800 million [pdf]; transfer pricing in the sector has been said to cost PNG alone US$100 million per year.

The quasi-legitimate nature of organised crime groups and links to politicians is exemplified by the tiny nation of Nauru. In 2013, the AFP uncovered emails showing that an Australian company was using inducements to obtain political backing for its phosphate mining operations on the island. As with logging, this is a case of a legitimate company operating illicitly with the active connivance of local elites.

Fisheries in the Western and Central Pacific – the source of almost sixty per cent of the world’s tuna – is another area where organised crime mixes with politics. By monopolising decisions around licensing, fisheries ministers and licensing officials have been accused of making deals with private operators for personal gain and at the expense of national revenue. Secretive access deals have also been at the centre of corruption allegations. Yet there is also an area of good news. While remaining a problem, some countries have significantly improved their fisheries governance. For example, PNG has strengthened its legal framework and monitoring of foreign fishing fleets, and there have also been important regulatory reforms by the Parties to the Nauru Agreement.

Seabed mining, which is viewed by many Pacific governments as a promising new pathway to development, is likely to face many of the same challenges as fisheries, logging and onshore mining, including new opportunities for illicit activities.

Economic globalisation also shapes new opportunities for illicit transfers of funds and money laundering, involving local and transnational networks. In 2012, the head of PNG’s Taskforce Sweep referred to Australia as the ‘Cayman Islands of the Pacific’ owing to substantial funds allegedly laundered there by PNG elites, much of it ending up in the Queensland property market.

A recent investigation by NGO Global Witness showed how this laundering between the two countries involves an elaborate network of banks, real estate markets, politicians, ‘middlemen’, and lawyers. More positively, recent developments in Vanuatu indicate that these challenges can also be addressed. During the 1990s, Vanuatu was rocked by a series of political scandals involving alleged money laundering. In 2015, however, 15 MPs – 30% of the Parliament – were convicted and 14 imprisoned for bribery [pdf, paywalled], suggesting a dramatic improvement in the independence and capabilities of the state’s regulatory system.

Although there is considerable variation, the well-known frailties of Pacific law enforcement and oversight agencies tend to reflect systemic issues of governance and institutional capabilities, especially in the larger Melanesian countries. Such weaknesses present obvious vulnerabilities to organised crime, as well as ensuring high levels of immunity to corrupt local actors. Few of these agencies are equipped to deal with the complex and increasingly transnational character of organised crime. A recent review [pdf] found that most Pacific audit offices had insufficient funds, had difficulty recruiting and training staff, poor facilities and low pay rates. Oversight agencies have also experienced political interference, including meddling with appointments, threats, dismissals, reduction in funding and legislative changes designed to curtail their powers.

The most egregious examples include the long-running saga in PNG stemming from serious allegations levelled against prominent leaders by Taskforce Sweep. This has involved serial court challenges, dismissals of senior police officers, the defunding of the Taskforce and fuelled perceptions of concerted efforts by political actors to subvert or evade legal processes. Similar machinations are evident in Nauru, where anti-corruption efforts have been the target of sustained attacks from political interests. Australia’s reliance on both countries to host major offshore refugee processing facilities has unsurprisingly tempered its willingness and ability to directly criticise local political leaders involved in such actions.

Despite some success, cooperation against organised criminal activities, particularly those with political dimensions, has largely failed to live up to the lofty sentiments of various regional agreements. Unlike ordinary citizens, political leaders have access to state resources to defend themselves from investigation and prosecution. Responses are also stymied because of divergent priorities between member states. While Australia and New Zealand may be worried about some forms of crime that resonate with international concerns – provided they don’t lead to an unravelling of their broader geopolitical interests – Pacific governments have more pressing concerns, such as climate change and food security. This misalignment has seen a splintering of regional efforts. Cultural and other forms of diversity also means that the region struggles to find a common identity and the sense of purpose required to address this transnational issue. The paucity of reliable data at regional and country levels adds to the difficulties.

Organised crime is by no means destined to worsen, as demonstrated by recent developments in Vanuatu and in some areas of fisheries governance. However, against the backdrop of deepening globalisation, the region faces a growing vulnerability to organised crime. This means that overcoming challenges to addressing organised crime in the Pacific is all that more important.

To tackle this growing problem, policy makers will need to unravel the elite transnational networks which have been enabled and strengthened by economic globalisation. This means focusing on transnational businesses elites, politicians, government officials and intermediaries, more so than tattoo-covered hoods.

Sinclair Dinnen is a Senior Fellow with State, Society and Governance in Melanesia program at ANU. Grant Walton is a Research Fellow with the Development Policy Centre.