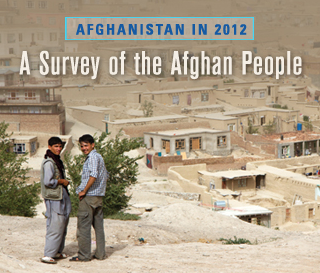 This month the Asia Foundation released the their latest ‘survey of the Afghan people’ (full report available here [pdf]), surveying nearly 6,300 Afghan citizens across all 34 provinces (more analysis here). The survey has some surprisingly good news for the nation, with 52 percent of respondents saying Afghanistan is moving the right direction, an increase from 46 percent in 2011 and 44 percent in 2010. Insecurity, unemployment and corruption are the three biggest problems facing the country according to 28%, 27% and 25% of the population respectively. Inevitably, the survey had limitations, with 16 percent of the designated polling locations not being accessible due to insecurity, raising questions about a sample bias towards the safer areas of the nation. The report, however, recognises these limitations and claims that they do not change the main findings (p. 19).

On the aid front, the World Bank recently released the latest independent review of the Afghanistan Reconstruction Trust Fund (ARTF), a form of budget support to the Afghanistan Government managed on behalf of donors by the World Bank worth over $6 billion since it was established in 2002. Overall the report finds that the “structure and functioning of the ARTF is seen as very good” (p. 1) but warns that as Afghanistan approaches the post-2014 transition the ARTF should focus on “defending the gains achieved by concentrating on the activities/sectors that are the more successful ones – public finance management, social sectors, and rural development – and for the time being scale back ambitions regarding expanding into new sectors” (p. 2).

This month the World Bank announced (report available here [pdf]) that remittances to developing countries are on track to reach $406 billion in 2012, more than three times ODA (you can see which countries receive the most remittances in this infographic). This number is projected to reach $534 billion in 2015. 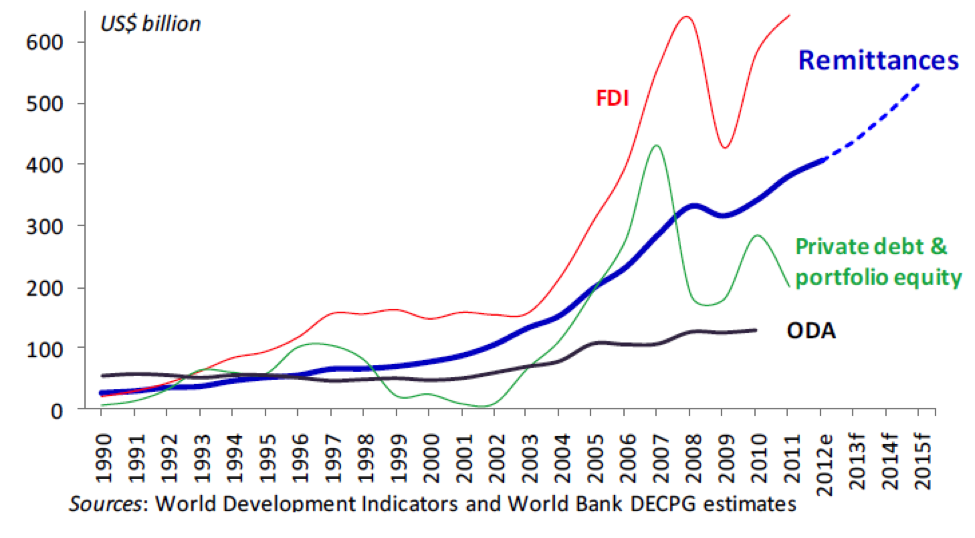 The report also highlights the high transaction costs of sending money to developing countries, which averaged 7.5 percent in the third quarter of 2012 for the top 20 bilateral remittance corridors, 9 percent for all countries for which cost data are available and a massive 12.4 percent for Sub-Saharan Africa. This puts transaction costs of remittances at well over $30 billion.

While a 5% sending cost target has been adopted by the G20 (see paragraphs 56-59 of this report) efforts to get there have so far failed. The report acknowledged the potential power of mobile remittances that has yet to be fulfilled.

This month The Global Fund shut down its ‘Affordable Medicines Facility – malaria’ (AMFm) initiative. AMFm was designed to provide a global subsidy to pharmaceuticals in the hope that malaria drugs would be delivered to patients at low prices. Critics, including Oxfam (here) and the US Government (here), argued that it wasn’t clear what impact the AMFm had on drugs making it to vulnerable groups and that the program wasn’t focussed enough. The Lancet, however, recently published an independent evaluation of the pilot found it to be “effective in rapidly improving availability, price, and market share of QAACTs [malaria drugs], particularly in the private for-profit sector.

As World AIDS Day took place on December 1, two new World Bank studies urge governments and their development partners to provide better prevention, care, and treatment services for sex workers and people who inject drugs as an important step toward ensuring a world free of AIDS.

The first substantive meeting of the High-Level Panel on the post-2015 international development goals was held on November 2nd in London (see press statement here [pdf]).

A new World Bank Policy Research report looks at the record with participatory development projects, with the authors arguing that community participation has been more successful in improving health and education outcomes than in reducing poverty or building the capacity for collective action, and that participatory interventions work  best when they are supported by a responsive state.

The Global Fund has appointed Mark R. Dybul, a former US Global AIDS Coordinator, as its new Executive Director.

A new report from Oxfam highlights the massive humanitarian crisis unfolding in the Congo, an issue of global denial according to this post.

A new knowledge hub was launched between China and the WB to help developing countries learn from China’s success.

The COP18 conference in Doha is taking place this month. See why the World Bank thinks it matters for development here, and its striking report on what the world would look like with a 4 degree rise in temperature here.