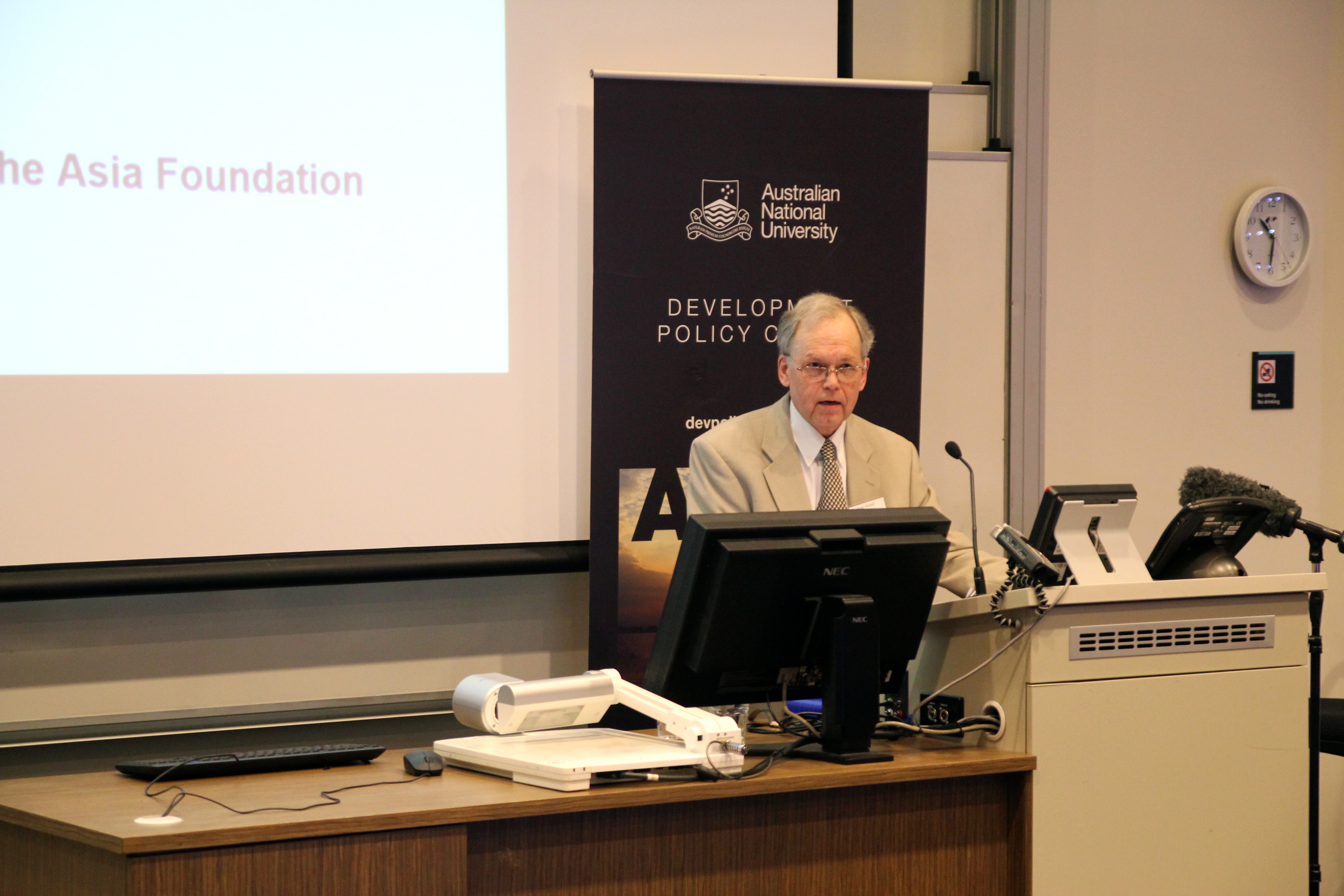 This blog post is based on Roger Riddell’s keynote address to the 2014 Australasian Aid and International Development Policy Workshop.

I have worked on aid and development issues for some 40 years, and have tried to engage as a “critical friend” of aid, perhaps–inevitably–drawing fire from both aid’s supporters and critics. In 2008, I wrote a book titled Does Foreign Aid Really Work? In my address [pdf],  and the new paper on which it is based, I revisit the evidence and the question itself.

Some might say that the fact that we are still asking this most basic question shows how little we know about aid’s impact. Robust information certainly remains a problem. However, there are two other reasons why we continue to ask this question.

The first is that aid is constantly changing: it has been provided in different forms to address a succession of different problems. In the 1950s, it was physical infrastructure and technical skills; in the 1960s, it was the savings and investment gaps; in the 1970s, meeting basic needs; in the 1980s, the productive sector; in the 1990s, governance, human rights and human development; and today (not unlike the 1970s), assistance is targeted at the achievement of key Millennium Development Goals.

In my paper, I answer the first two questions in the affirmative: surveying the vast range of evidence now available, it seems that on balance the vast majority of aid projects “work”, in the sense of achieving their immediate objectives; and, though the evidence is far less robust, that aid has probably made a positive contribution to poverty reduction and broader development.

That leaves the third question, on which I focus in particular due to its growing importance. A large and expanding literature now shows that aid-giving and the aid relationship–the interaction between donors and recipients–is characterised by a range of problems that when taken together seriously undermine the development impact of aid, and create a very significant gap between what aid currently achieves and what it could do if changes to the aid relationship were implemented.

I am particularly concerned that the priority given to short-term, tangible and measurable results has meant paying less attention to using aid to help address long-term development problems. It has meant channelling less aid to support more complex initiatives that take longer to achieve their intended results, and whose outcomes are uncertain and more difficult to predict; and it has resulted in less attention being paid to addressing the array of systemic problems of aid-giving, to which the Paris Declaration drew attention.

Evidence from a succession of recent studies–some commissioned by the donor community and others emanating from the aid-research community–suggests that aid focused on short-term and visible interventions is not merely resulting in less aid being used “transformationally”, but that it is adding to a recipient’s systemic problems and holding back long-term poverty reduction. For example, a recent World Bank study argues that when donors rely on their own systems to deliver aid, the effect is to undermine recipient-country systems. Research from the London-based Overseas Development Institute suggests that unless and until recipient countries have acquired development leadership, aid tends to have “fairly powerful perverse effects”. For example, there is widespread evidence of donors continuing to recruit public servants to implement their projects, which undermines national capacities, especially in contexts where they are particularly weak.

Based in part on the findings of such studies, aid’s traditional critics have been joined by some of aid’s traditional supporters to argue that the systemic problems caused directly and indirectly by aid and aid donors are so significant that they eclipse all the immediate and tangible benefits that aid undoubtedly brings, so that on balance aid doesn’t work. An example of this is Angus Deaton’s discussion of aid in his book, The Great Escape, published last year.

My own view is that the issues raised by these studies, and by what might be termed aid’s “new critics”, are extremely important. However, to draw the general conclusion that the harm done and the systemic problems that arise from or are caused by aid wipe-out the short-term good that aid usually produces is premature for three reasons.

First, the judgements made are not based on an overall and rigorous assessment. As with earlier debates on whether aid works, this new wave of criticism is based on partial and often poor data.

Second, too sharp a distinction between short-term focused and transformational aid is misleading because some “short-term” aid, such as expanding school places for girls, can potentially play an important role in long-term transformational change within recipient country societies.

Third, there is a growing awareness of aid’s short-comings and more knowledge about what to do to make it work better. Indeed, not only are proposals for working in new and different ways being put forward for donors to adopt, but a number of key donors are adopting approaches that are more in line with transformational aid. There is also evidence that significant national development successes are occurring because, notwithstanding the lurch towards the short-term, donors have by no means abandoned a long-term time horizon and are participating with governments in initiatives that blend service delivery and capacity support.

So does foreign aid really work? Not as well as it could, and not as well as it should. But against often far too high expectations of what it might achieve, much aid has had a positive impact.

I believe there is still an important role for aid to play. Donors need to learn and do far more to address some of the more systemic problems that aid risks creating or perpetuating, and which they have only recently begun to start more fully appreciating. They also need to encourage and give more space to developing country assessments of aid’s impact–as uncomfortable as this might sometimes be–to obtain a more complete view of aid’s benefits and limitations.

You can find Roger’s full address here [pdf], and the paper on which it is based here [pdf].

Roger Riddell is an Associate of Oxford Policy Management (OPM) and a Principal of The Policy Practice, in the UK.

Roger Riddell is a development and aid specialist with some 40 years’ experience including senior consulting, government, non-government and think-tank positions. He is currently an Associate of Oxford Policy Management (OPM) and a Principal of The Policy Practice, in the UK.