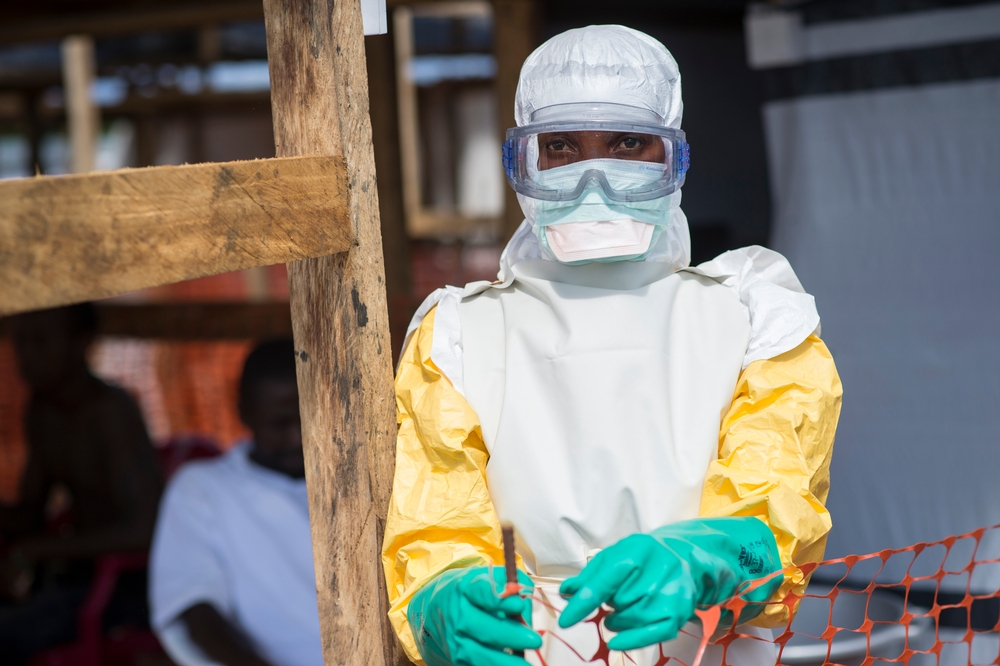 In March 2014, the US Centers for Disease Control reported 86 suspected cases and 59 deaths from Ebola in Guinea, and noted the disease’s emergence in Liberia and Sierra Leone. The official death toll from ebola has now topped 4000 people, from a total of approximately 8000 official cases (and up to 21,000 unofficial, if unreported cases are included). The CDC has estimated that, without any interventions or changes in community behaviour, by January 2015 there may be around 550,000 Ebola cases in Liberia and Sierra Leone (or 1.4 million if corrections for underreporting are made). The World Bank also recently announced that that the economic cost of Ebola could be as high as $33 billion over the next two years if the virus spreads to neighbouring countries in West Africa.

The global health community has struggled to understand and respond to the magnitude of the problem. While a direct response to ebola is vital, it is important that the disease is viewed and addressed in its broader context, as the challenges facing sub-Saharan Africa and the international community have deep roots in global health governance more broadly.

A central problem associated with, and reason for, this outbreak is the ongoing weakness of health systems in the endemic countries. As a recent UK Government report found, ebola has overwhelmed health systems. This has resulted in fractured, inadequate responses to the disease itself, but also an increase in mortality caused by malaria, cholera, and maternal and child health conditions. Part of the problem is that hundreds of doctors, nurses and other healthcare workers have contracted the disease. Not only are health systems overloaded, but increasingly citizens are reluctant to seek treatment of other conditions or to give birth, out of fear that they may contract ebola if they attend a health centre or hospital.

As The Lancet has argued, the ebola outbreak has also highlighted ongoing problems associated with the implementation of the International Health Regulations. The IHR were first adopted in 1969 and has been revised several times since to take into account lessons from specific diseases and from changing global contexts. The IHRs aim ‘to prevent, protect against, control and provide a public health response to the international spread of disease in ways that are commensurate with and restricted to public health risks, and which avoid unnecessary interference with international traffic and trade.’ In essence, the IHR is intended to prevent national public health challenges from becoming international health crises, with a particular focus on development of surveillance, diagnostic, and containment.

While the IHR are binding on 196 countries, most low and middle income countries lack the capacity to adequately implement IHR measures. The absence of IHR implementation in those fragile states now impacted by ebola contributed to delays in international awareness and response to the crisis – it was only on 8 August that WHO declared the outbreak a ‘public health emergency of international concern’, which then enabled the body to start developing a coordinated global response including direct health measures but also a potentially broad suite of activities relating to travel and trade.

Implementation of the IHRs are a vital element of the health systems responses needed for low and middle income countries in the twenty-first century. Given the speed with which ebola has spread this year, a renewed examination of the effectiveness of the IHR in Africa, and of international financing required to effectively implement them, is required.

Weakness of the World Health Organisation

The third major problem this crisis has highlighted is the ongoing weakness of the WHO. While the WHO has unparalleled legitimacy and moral standing in global health, and aspires to achieve ‘Health for All’, in reality the organisation has all too often fallen short of this aspiration. Part of the problem is the WHO’s lack of budget capacity, and lack of control over its own budget. This problem is not new – it was evident as far back as 1996-2001 when, in the face of HIV/AIDS’ proliferation, WHO’s budget did not receive its traditional biannual budget increase; and at the same time the health commitments of G8 nations grew strongly, and the Global Fund to Fight AIDS, TB and Malaria was launched.

In 2010-2011, the WHO announced a $300 million budget deficit, and members set the WHO’s 2012-13 budget at $3.96 billion – nearly $1 billion less than the Director General had requested. As a consequence, more than 10% of WHO jobs were made redundant. The 2014-15 budget remained the same as the 2012-13 budget, which when taking inflation into account represented a further reduction in actual funding available.

In an effort to realign its funding priorities and balance its budget, the WHO has cut its funding for ‘outbreak and crisis response’ from $469 million to $228 million, and its outbreak and emergency response team from 94 to 34. These cuts have hampered the WHO’s efforts. One reason for the WHO’s budget realignment was pressure to respond more effectively to the global rise of non communicable diseases – which over the next few decades are likely to overtake communicable diseases as the largest cause of death and disability in Africa. Funding within WHO is very much a zero sum game.

A related problem is that around 77% of the 2014-2015 budget is extra-budgetary, which in essence means that the WHO lacks control over its budget and is reliant upon the priorities of its members, restricting its ability to direct and coordinate the global health agenda. This problem isn’t just related to its member countries, however – one study showed that between 1997-2007 the Gates Foundation (one of the WHO’s biggest donors) provided 69 separate grants, indicating a high degree of donor influence.

What does this mean for Australia? Firstly, there is a real chance that ebola could find its way to Australia. Consequently, what happens in Africa is very closely related to Australia’s national interests.

While the Australian Government recognises that ‘Australia has a clear national interest in the security, stability and prosperity of sub-Saharan Africa’ there has also been a clear strategic recognition that Australian aid should focus on Australia’s backyard (the Asia Pacific, and now the Indo Pacific) both for geostrategic reasons and also because that’s where the bulk of Australia’s expertise lies. Consequently, the total of Australian aid dedicated for Sub-Saharan Africa in 2014-2015 is $214.9 million. The ebola outbreak calls into question Australia’s relatively small commitment to Africa – particularly when the sorts of health systems responses required are very much within Australia’s area of expertise. In the short term, this should include mobilising Medical Assistance Teams, including doctors, nurses, paramedics, pharmacists and logisticians, as has been called for by more than 60 health professors.

Secondly, the upcoming G20 Leaders Summit in Brisbane represents an opportunity for the international community to get serious about global health – starting with ebola. The Communique from the 2014 Finance Ministers meeting in Cairns states that members ‘are concerned about the human cost of the Ebola epidemic, and the potentially serious impacts on growth and stability in the affected countries and wider region.’ World Bank President Jim Kim’s call for a $20 billion fund to finance rapid responses to health emergencies might be a useful point around which the G20 leaders could rally.