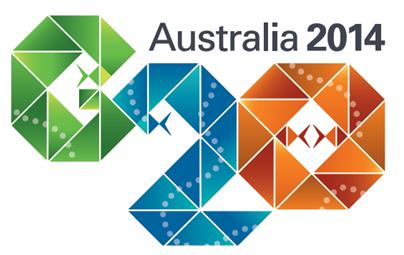 The upcoming G20 Leaders’ Summit provides a useful opportunity to reflect on the role of global development in the G20’s agenda. Development has long been a priority of the G20, and was (arguably) captured in the body’s original mandate of promoting stable and sustainable world economic growth that benefits all. This approach – which includes supporting economic growth and harnessing the strengths of the private sector – is also reflected in Australia’s new aid paradigm.

Within the development agenda, one area the G20 could play a much greater leadership role is global health. Recent decades have seen unprecedented changes in the nature of global health: causes of ill-health, and the types of diseases that cause the most death and disability, have shifted dramatically; as has the variety of actors involved in addressing them. Within this shifting agenda, it is possible to identify the trends and challenges that will dominate in coming years, and to envisage a greater role for the G20 in this space – as a contributor to and beneficiary of development, health is integrally linked to the G20’s mandate of economic growth.

The state of global health

There continues to be a fundamental shift in the global disease burden, with communicable diseases now accounting for a markedly smaller percentage of global disease than was the case for much of the 20th century. Reduction, but not elimination, of these conditions has been assisted by innovation (including the development of vaccines), and fostered by an expanding global economy. In many countries (both developed and developing), communicable diseases have been overtaken by non-communicable diseases (NCDs), which are now the main cause of death in all regions except Africa.

Despite overall improvements, poverty alleviation and control of infectious diseases remains a major challenge – particularly for the nearly one billion people living in urban slums, and given the constant threat of SARS and new strains of influenza.

Two trends have emerged that will increasingly impact global health. Firstly, the rapid spread of urbanisation has created conditions that both promote and hinder improvements in health. Health economist Chandra Kumar has estimated that in the past 50 years the share of population in urban areas in Asia has risen from 31.5 per cent to 42.5 per cent, and by 2025 will rise to 50 per cent.

A second (and related) trend is that of climate change. Climate change is already implicated in a growing burden of disease and premature death, and is likely to place further stress on access to food and water.

These shifts are profoundly important, and point towards entry points for theG20. Putting aside its many other benefits, good health is intimately related to the G20’s core agenda – healthy communities and countries are wealthy communities and countries. Healthy people alleviate pressure on hospitals and health budgets, and are more able to participate in economic activities. They spend money on education, consumer goods and food, rather than healthcare.

On the otherh and, increasing levels of chronic ill health and disability (particularly as a consequence of NCDs and population ageing) erode economic growth and require diversion of increasing amounts of resources for the treatment of the chronically ill. This trend coincides with another consequence of population ageing: a reduction in the number of tax payers to support rising healthcare costs.

The G20’s diverse membership positions it to play a role in encouraging global health cooperation. Notably, the G20 brings together traditional aid donors (such as the US, UK and Australia) with newer donors from emerging economies (including China, India and Indonesia). This membership brings to the table diverse experience in addressing public health as a domestic and international issue, and partnerships among member countries have the potential to bring together a range of comparative advantages.

Factors that influence social and economic development are increasingly cross-border in nature, and require cooperation and collective action. Greater regional cooperation could help address transnational problems such as treating drug-resistant malaria or tuberculosis, or improve the regulation of therapeutic goods to enhance access to safer, quality medicines.

Collaboration might also contribute to answering important health policy questions – including how to enable universal access to quality, affordable healthcare (a theme that is prominent in the C20 Communiqué and discussions around the post-2015 development agenda); and how to ensure that being female, elderly, from an ethnic minority group, or living with a disability is no longer a barrier to being healthy.

A key reason the G20 is well positioned to contribute to global health is because causes of ill-health and necessary responses often exist outside the health sector. All too often, health is separated from those sectors with which it is integrally related. By applying a health lens to global policy issues addressed by the G20 – including trade, employment participation, taxation and economic growth – the G20 and its members have the opportunity to ensure that the principle of good health is embedded in all sectors and policies.

G20 leadership could draw upon the role historically played by the G8, which has included increasing commitment to address HIV, tuberculosis and malaria. Enhanced collective leadership would be particularly valuable in the area of NCDs and their risk factors, like tobacco control – funding for which continues to be a tiny percentage of that for other public health areas

Australia is strategically placed within the Asia-Pacific region to continue its critical role in promoting health and development, and to continue engaging with G20 members to promote these crucial policy areas. The emerging health and development agenda has the potential not only to improve the health of our neighbourhood, but also to strengthen the process of economic development that underlies health gains and to make the region a more prosperous, secure place.

Sam Byfield works on Non-Communicable Diseases at the Nossal Institute for Global Health. This article addresses some themes covered in a forthcoming article written for the Australian Institute for International Affairs’ publication ‘G20: Words Into Action’.