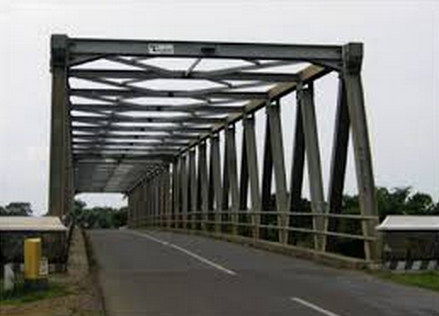 The Australian aid program’s weary general objective is ‘to promote Australia’s national interests by contributing to sustainable economic growth and poverty reduction’. Lurking one rung below this objective, and perhaps intended to animate it, are now two ‘strategic goals’: human development and private sector development.

To one steeped in aidspeak, these goals initially look way out of balance and also very incomplete. The term private sector development usually connotes a substantial level of direct support to the private sector in developing countries, for example through investment financing or business development services, together with assistance in policy and regulatory reform to improve business-enabling environments. Not a lot of aid is spent on such things, and not much ever could be—though as Margaret Callan and I noted in our recent submission to the parliamentary inquiry on the role of the private sector in development, Australia does less than just about all other donors in this area, and could safely do more. Making private sector development one of two strategic goals of the aid program therefore seems peculiar.

What is really meant, it seems, is economic development, which encompasses private sector development in the narrow, aidspeak sense but also everything else that might be done by way of support for the expansion of market activity, including the provision of major infrastructure. Human development expenditure looks less likely to dwarf private sector development expenditure if the latter is taken to include all support for economic infrastructure and production. This quite heavy emphasis on economic development distinguishes the aid policy of the present government from that of the former, despite the many points of policy continuity between the two. This post is about the implications of that emphasis in relation to infrastructure, climate change and private sector engagement.

To meet the 20 per cent aid-for-trade target, and assuming that nobody would dream of reducing aid over the next five years, the government will need to be spending about one billion dollars per year in this area by 2020, in today’s prices. So spending has to rise by at least an extra $300 million per year within five years or so. The spending task is made slightly easier by the fact that ‘aid-for-trade’ seems, in its current Australian usage, to be more or less synonymous with ‘aid for economic development’, whereas in World Trade Organisation parlance it refers more specifically to aid that facilitates the growth of developing country exports in a reasonably direct way. (I’m walking right past the confusing fact that according to this DFAT table, and this one, spending on private sector development was actually much bigger than spending on economic growth in 2012-13: 28 per cent and 22 per cent of Australian aid, respectively. The private sector development numbers include a lot of spending on social infrastructure and services, and are therefore fairly meaningless.) Nevertheless, most things that fall under the heading of economic development are far from costly, involving mainly technical assistance. The only way in which the government could spend an extra $A300 million per year or so would be to embark on higher levels of financing for economic infrastructure, whether it be infrastructure that facilitates international trade or infrastructure that is more locally useful.

That might not be a bad thing, with several provisos. One is that Australia doesn’t start competing for turf with other providers of infrastructure financing, particularly the Asian Development Bank in our region. Another is that Australia should not undercut those providers on financing terms: if a government is willing to borrow for a project, if only on concessional terms, it should be no business of ours to offer scarce grant money in place of loans. A third proviso is more or less the opposite of the first: Australia should not simply unload a lot of money into trust funds at the multilateral development banks to finance project preparation and sector studies. Some, yes, but on the basis of their demonstrated need for such funding rather than on the basis of our need to dispense money. If these provisos are met, there is little doubt that Australia could usefully spend more than it does on medium-scale infrastructure, particularly in the areas of transport and energy, in rural areas and in provincial towns, working closely with subnational governments. We certainly would not be out of line with other OECD donors, who in 2012 collectively spent 21 per cent of their aid (and not just of their sector-allocable aid) in the economic infrastructure and production sectors. (Again, it has to be noted that one of the DFAT tables linked in the previous paragraph, on aid for economic growth, makes it look like we had already hit this target in 2012-13. That’s because it includes some social spending, though less than is included in the parallel table on aid for private sector development.)

However, the trade-offs between investment in infrastructure and investment in other things should not be ignored. Shifting expenditure to the extent promised cannot be achieved by merely rubberising terms like ‘aid-for-trade’ and ‘private sector development’. Substantially more money will actually have to be spent on infrastucture than is currently spent, and less money will be available for other things on the human development side of the ledger. A multi-year resource allocation framework, which existed briefly in the form of the previous government’s self-destroyed Comprehensive Aid Policy Framework but is now again lacking, would render such trade-offs visible.

Given that the second goal is really a broader economic development goal, we have in reality strategic goals relating to social and economic development, two of the three pillars of the increasingly unmentioned 1990s notion of ecologically sustainable development. The third pillar of that notion, environmental sustainability, is missing, as are all but a few passing references to the impacts of what the government prefers to call ‘climate variability’ (despite the fact that climate change adaptation and mitigation are high on the agenda of what the Minister for Foreign Affairs, Julie Bishop, has called the ‘diamond in the DFAT crown’, namely the Australian Centre for International Agricultural Research). It’s true that the term ‘sustainable’ snuck into the government’s statement of the overall objective for the aid program at some point between the issuance of the 2013-14 budget documentation and the release of the new aid policy, thus taking it even closer to the formulation favoured by the early Alexander Downer. Perhaps ‘sustainable’ is meant to include ‘environmentally sustainable’, but there is little in the new aid policy to bear this assertion out and certainly nothing at the level of strategic goals or ‘core priorities’. So, paradoxically, the government’s decision to insert a layer of strategic goals between its overall objective and its specific priorities, and its choice of such goals, tends to highlight a major strategic absence.

Moreover, it’s the case that much of what Australia could usefully do with expanded funding for infrastructure, if it is to avoid the pitfalls mentioned above, would fall into the category of climate change adaptation and mitigation: climate-proofing existing infrastructure, protecting freshwater sources, installing renewable energy generation in remote areas, and so on.

The storyline here is still neither clear nor developed. It appears there are three relevant commitments. First, all new investments will be developed with opportunities to support or engage the private sector in mind (see p. 8 of the aid policy). Second, the aid program will enter into partnerships that support ‘business expansion’ (also from p. 8), which might be a jargon-averse way of referring to inclusive business partnerships, or it might be something else entirely. Third, the aid program will provide, or help arrange, project development services or risk-reduction and equity financing for developmentally important business ventures, presumably below financing thresholds that might warrant the involvement of the private sector arms of the multilateral development banks (p. 3).

The above package of measures (not actually presented as a package) might well turn out to be significant in its scope and impact, and it certainly moves the aid program in the right direction. However, as in the case of expanded financing for infrastructure, a few traps await.

One is that risk-reduction financing is not actually that. It is just financing, provided to compensate for the under-development of the financial sector in particular places. Donors should finance projects with potentially high development returns where risk is the problem, rather than humdrum startups or business expansions where an absence of financial institutions is the problem. The latter problem is appropriately addressed by promoting financial sector development. In some cases, a donor will reasonably assess that a worthwhile project would not have attracted commercial financing even in the presence of a well-developed financial sector, and will finance it directly on that basis. But donors should avoid behaving like banks, financing low-risk, and probably therefore low-return, activities.

A second trap is that an all-projects screening approach could degenerate into time-consuming and unproductive box-ticking. Private sector development is a hard slog. The aid program might do better to focus on a few flagship activities, get them right and build out from them rather than attempting to bend everything toward the private sector. This would not be a matter of first conceiving an activity, then asking whether there might be some role for the private sector in it (beyond mere contracted delivery); successful activities are far more likely to be conceived by private sector actors and brought to government, for example in the context of challenge-based funding allocation processes. The Minister for Foreign Affairs, when in opposition, stated unequivocally that something very like the recently-closed Enterprise Challenge Fund for the Pacific and SouthEast Asia, an initiative of the Howard government, would be continued. This has yet to happen, the Pacific Business Fund notwithstanding.

A third trap is that support for business ‘expansion’ could see international firms, or firms with international ambitions, looking for grants to reduce risks that they should take on their own account or not at all. In the unhappiest scenario, this kind of support could, despite the government’s recently stated commitment to aid untying (p. 30), take the form of something like the long-defunct Private Sector Linkages Program, with grants limited to Australian firms on the pretext that partnerships, unlike principal-agent relationships, needn’t involve competitive procurement.

All the above traps are avoidable and might well be avoided. The increased emphasis on economic development and private sector engagement is right and welcome, even if the large strategic absence in the area of climate change mitigation and adaptation blots the copybook, and limits assistance options, severely. However, there is still a lot of fogginess about what will happen next. The path ahead should  at least become clearer when the parliamentary inquiry into the role of the private sector in development reports, and the government responds.

This is the second in Robin’s ongoing series on the new aid paradigm, collected here.