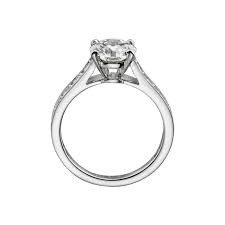 The public submission period for Australia’s federal parliamentary inquiry into the role of the private sector in development has now closed. A total of 105 submissions were made, compared with 73 to the recent and more general Senate inquiry into Australia’s aid program. We joined the throng with our own submission, the main points of which we summarise briefly below. The full, 30-page submission can be found here.

This inquiry is really about two distinct, if overlapping, topics. The inquiry’s general objective is to examine ‘opportunities to expand the role of the private sector in promoting economic growth and reducing poverty in the Indo-Pacific region’. But whose private sector?

The local private sector in developing countries plays a fundamental role in economic development and in some circumstances can benefit from development assistance, whether provided directly to it or to governments or other agents for purposes related to private sector development. What we might call the ‘international’ private sector also plays a large role in the economic development of many developing countries, through investment, employment, the production of essential goods and services for local consumption, the payment of taxes and, in some cases, corporate social responsibility or ‘license to operate’ development programs. The international private sector is less evidently in need of development assistance, but there ought to be opportunities for it to cooperate with official donor agencies, where the interests of the parties intersect, in order to improve development outcomes in a range of areas.

One broad measure is the share of aid spent in two aid sector groupings, namely economic infrastructure and production. On this measure Australia ranked above only a few other donors in 2012, whereas it was around the middle of the pack a decade earlier. A much narrower measure is the share of aid spent in two sub-sectors: business support services and SME development. On this measure, as the chart below illustrates, Australia ranked last among the OECD donors for whom 2012 data was available. It doesn’t follow that Australia should leap to the other extreme, but it does appear that Australia could be doing rather more. 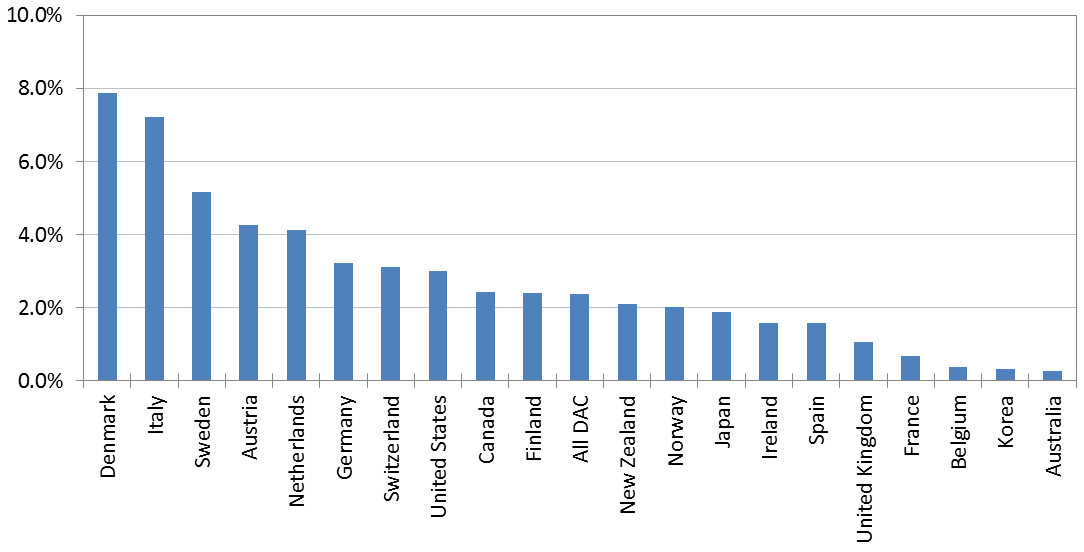 Business engagement wasn’t just invented; nor has it happened yet. Now let’s look at the other fork of the above distinction, public-private partnerships for development. Such partnerships, if they are to develop at all, will involve new and often uncomfortable forms of engagement between the Australian government and corporate actors. The previous government was, in principle, all for this. It articulated a ‘business engagement agenda’ in response to one of the vaguer recommendations of the 2011 Independent Review of Aid Effectiveness, which said that Australia’s aid program should do more to ‘harness the power of the private sector’. It ran a high-profile Consultative Forum with Business in mid-2012 and some country-specific business round tables over the subsequent year. (It also set up the Mining for Development Initiative but, contrary to critical opinion, that’s not business-oriented.)

And that’s about as far as it went. No practical partnerships of any consequence were established. A partnership with Carnival Cruises was announced but to what end we still don’t know. The Enterprise Challenge Fund for the Pacific and Southeast Asia, which had been running for six years with some success, was allowed to quietly expire in 2013. The Coalition government arrived on the scene in September 2013 equally keen to establish new forms of partnership with business, but has its work cut out to make this ambition concrete and put scarce funds behind it.

A clear framework is needed for supporting PPPs for development. Our particular interest is in the topic of public-private partnerships for development and how practical partnerships, as opposed to purely consultative partnerships, might be facilitated and constructed. Drawing on a framework we presented in a discussion paper last year, and sharpening it up a bit, we suggest that official partners need to be clear in the first instance about whether they are seeking to influence a business to be inclusive of the poor (or more so) in its business practices, or whether they are seeking to leverage a business’s capacities to deliver broader benefits that transcend its core business interests. In the former case, the partnership exists in a commercial world; in the latter, it seeks to generate a public good, whether at the local or national level or, in the case for example of health-sector product development partnerships, at the global level. Much of the rhetoric about public-private partnerships for development really only applies to one or the other of these two broad objectives.

Once official partners have got their general objective clear, there are further choices to be made, which each call for different instruments and approaches. For example, in pursuing an inclusive business objective, it’s important to focus separately on meeting the needs of local enterprises and influencing the business models of multinationals. It can be argued that Australia’s recently-closed enterprise challenge fund did not adequately register this distinction at the program-design stage, and that as a result some opportunities might have been missed on both paths.

Aid tying is a degenerate form of business engagement. When the UK’s development minister, Justine Greening, talks about business engagement she is at pains to stress that the UK government is not seeking to use aid to confer commercial advantage on British firms. In this widely noted speech, she said ‘Our approach is not about favouring British companies unfairly. We are not going back to tied aid.’ The Canadian government, when it speaks of ‘economic diplomacy’, sounds very close to the other end of the spectrum. The Australian government’s position on this large question has been encouragingly interpreted by the head of the Department of Foreign Affairs and Trade (DFAT), but has yet to be clarified by a minister.

From 1996 to 2006, the Howard Coalition government progressively untied Australian aid procurement and closed down commercially-motivated programs. Labor maintained the status quo from 2007 to 2013. It would be a big, and needless to say bad, move for the present government to revert to the pre-1996 era, when aid was tied and specific programs existed to subsidise Australian companies wanting to export goods and services to developing country markets. It is confusing and possibly concerning that such a move was in fact preemptively announced in parliament on 29 May by the chair of the sub-committee that is undertaking the present inquiry.

Our view is that there is actually a case for restricting certain sorts of public-private partnerships for development to firms headquartered in Australia or neighbouring countries, since effective dialogue and cooperation is hard to achieve at a great distance. But there is no earthly reason to raise the cost of aid by buying goods and services from an artificially shrunken pond, thereby depriving poor countries of an amount of aid equal to the cost differential.

The Australian aid program needs to set clear objectives, establish a resource envelope and create dedicated mechanisms to support its engagement with the private sector. As the recent evaluation of the UK aid program’s private sector work shows, grand visions and ambitious targets soon get dragged down to earth by messy reality. Or worse, they interfere with reality by causing people to lose focus and perspective. Australia’s aid program no longer has the budget capacity to support grand visions, but it can and should do more in local enterprise development, international business transformation and public-good partnerships.

In each of the areas just mentioned, the government should establish or use mechanisms tailored to a specific objective, and provide adequate funding from cross-regional or, if applicable, global programs. Over time, public-private partnerships that work should be expanded or replicated and increasingly integrated into bilateral program strategies, rather than being run as add-ons that are invisible to partner governments. Australia’s enterprise challenge fund should be continued, as Julie Bishop said it would be when she was in opposition, though in a modified form that concentrates on the development of inclusive, innovative local enterprises. In addition, a central capacity needs to exist within DFAT to manage corporate (as well as philanthropic) relations, and to manage under contract an independent inclusive business broker.

It is also our view that bilateral aid funds should in most circumstances not enter the pockets of the international private sector, as there are no plausible arguments in favour of this in the context of relatively small transactions. The International Finance Corporation and other similar mechanisms do however have a legitimate role in providing risk-reduction products and services for larger-scale investments in developing countries.

A final word. When we last wrote about this subject on the Devpolicy blog, one year ago, we noted that it tends to generate a lot of breathless and impenetrable verbiage. Hence our title at that time: ‘There’s smoke, but is there fire?’ We haven’t yet had the opportunity to wade even selectively through the 105 submissions that have been made to the parliamentary inquiry, but it is hard not to see the sheer number of them as symptomatic of the problem we previously identified. The inquiry will do us all a favour if it moves beyond generalities about ‘engagement’, ‘partnership’ and the importance of the private sector as the engine of growth and development. We hope its report is able to give the government the elements of a framework for practical and selective engagement between DFAT and the private sector in pursuit of some clearly-defined aims. It would be a fine thing to see the smoke disperse.

Robin Davies is Associate Director of the Development Policy Centre. Margaret Callan is a Visiting Fellow at the Centre.