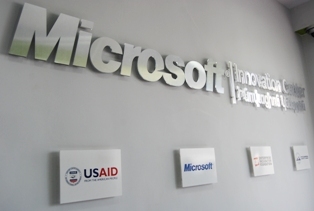 If media releases were believed, official development agencies, and some non-government agencies too, have made great strides in building development-driven partnerships with business. There is much “harnessing” of the power of business, much “leveraging” of private investment and, above all, much dialoguing.

USAID has long been at this through its Global Development Alliances, which it says leveraged $US383 million in 2012. The G8’s New Alliance for Food Security and Nutrition, launched at Camp David in 2012, claims private sector contributions in excess of $US3 billion, benefiting “millions of smallholders”. DFID got on board in a serious way in 2011, and other European donors (including Germany and the Netherlands) put the cumulative value of their public-private partnerships for development at several billions of euros (see this 2012 study). The G20 sponsored two “challenge” processes in 2011 and 2012 to attract financing for development-oriented SMEs, and to showcase larger-scale inclusive business models. In response to recommendations of the 2011 Independent Review of Aid Effectiveness, AusAID has adopted a Business Engagement Agenda and is looking to identify “practical areas for collaboration” with business.

The trouble is that it proves very hard to find the treasure inside the media-release wrapping paper. There’s a triple deficit here. First, the term partnership is used to cover a bewildering array of arrangements, such that it is almost a semantic cipher. Second, there is little information available (certainly relative to the scale of the joint investments claimed) on just how specific partnerships are built and implemented. Third, there’s as little, or less, information on which partnerships have achieved substantial development impacts, and how. The resultant void tends to attract congregations of critics, who see a hidden agenda to help multinational corporations gain a stranglehold over global supply chains, or at least to substitute private finance for official aid, which in aggregate has been heading downhill since its peak in 2010. The 2012 Reality of Aid report on aid and the private sector, while less damning than summaries of it might imply, generally speaks ill of the use of aid in public-private partnerships.

One of us (Margaret) works on the contribution of the mining industry to development in Papua New Guinea; the other (Robin) previously grappled with business engagement in several capacities inside a bilateral development agency. Both of us would rather the above void were filled with information and analysis instead of speculation and suspicion. To that end, we are today releasing a new Development Policy Centre discussion paper, “When business meets aid: analyzing public-private partnerships for development”. Its central topic is the practical question: how can donor agency resources, whether cash or in-kind, most effectively be used to increase the development impact of business activity? There are, of course, also important questions about how donor agencies might better interact with business on matters of aid policy and strategy, or on matters of corporate conduct, but to our mind these are already getting plenty of attention—rather to the exclusion of the practical questions of most interest to us.

Our work has been very usefully informed by discussions at the Development Policy Centre’s October 17 2012 forum on engaging business in development. In order to cheat generality, we constructed that forum around four case studies, three of which have strong Australian links. We looked at WING Cambodia, a financial services provider; the Neknasi coffee cooperative from Papua New Guinea, a client of Fairtrade Australia & New Zealand; the Oil Search Health Foundation, which is delivering national health services in Papua New Guinea; and the Geneva-based Medicines for Malaria Venture, one of the biggest health-sector product development partnerships. A good number of people directly engaged in the design and delivery of each of these partnerships spoke. We are also releasing today a revised and expanded version [pdf] of the paper on which Jane Thomason based her thoughtful and wide-ranging keynote speech to the forum.

Our discussion paper begins by developing a conceptual framework for thinking about public-private partnerships for development. At the most general level, we distinguish two main categories of public-private partnership for development. There are those that aim to increase the development impact of core business activity, and those that support the private provision of public goods, at either the local or global level. We work through the four case studies listed above, with reference to these categories, and find all of them either successful or promising. At the same time, we identify a number of specific challenges for donors interested in supporting similar initiatives in a more systematic way, through mechanisms such as enterprise challenge funds, service delivery partnership agreements with resource extraction companies and health-sector product development partnerships. We also make some cross-cutting observations, particularly in relation to the slenderness of the evidence base in this field, and the fragmentation of existing initiatives.

We draw three main conclusions. First, the next generation of enterprise challenge funds should be designed on the basis of a broad evaluation of their predecessors and explicit consideration of a set of issues that we identify. Second, more effective brokerage arrangements, and some flagships, will be needed in order to expand public-private partnerships for service delivery. Third, a comprehensive review of health-sector product development partnerships should be undertaken which, among other things, compares them to market-based alternatives.

When we began work in this area last year, we imagined we might arrive at a set of conclusions that could help guide resource allocation decisions by donor agencies. We were soon forced to abandon that ambition, as we turned up more questions than answers. For example, while we support the aims of enterprise challenge funds, we simply do not know whether such funds, as currently constituted, are achieving substantial impacts, or are preferable to broader “value-chain” approaches that engage both the public and private sectors. We find ourselves ambivalent about whether Fairtrade-style certification and labeling schemes, whatever their development impacts, need donor support. We wonder whether our Papua New Guinea service delivery case study, which involves quite a unique company and set of circumstances, is replicable. And, while impressed by the achievements of product development partnerships, we are unsure of their ability to maintain private sector engagement in the long term, and are concerned about the absence of any donor consensus on how best to encourage private sector research and development with respect to neglected diseases of the developing world.

Clearly these uncertainties should be assaulted. We’ll be doing some more work on some of these questions ourselves in the course of this year. In particular, the Development Policy Centre is in the process of establishing an informal working group on enterprise challenge funds, chaired by Robin, to reflect on experience with various challenge funds supported by Australia and the UK, and develop some recommendations on what kind of mechanism might usefully replace the existing Enterprise Challenge Fund for the Pacific and South East Asia, which closes later this year. The Centre, principally through Margaret, will also continue research on the role of the mining industry in development in Papua New Guinea, including its potential role in the delivery of public services.

We’re conscious that this is an election year, that Australian aid policy will soon be in flux and that, according to various public statements, the Coalition is at least as interested as the present government in seeing the aid program do more to engage with business and promote private sector development (Stephen Howes has recently written on this). That’s a good thing, provided the emphasis is on practical engagement that uses, or seeks to generate, evidence on what works—and provided partnerships are squarely about development, not business. But effective aid program engagement with business, even in experimental mode, will require dedicated resources; it cannot realistically be managed by over-stretched people working on country programs that are subject to a host of existing policy imperatives. It’s hard to imagine that such resources will materialise in the forthcoming budget given other calls on the aid program but, without them, dialogue will be both the beginning and end of public-private partnerships for development.