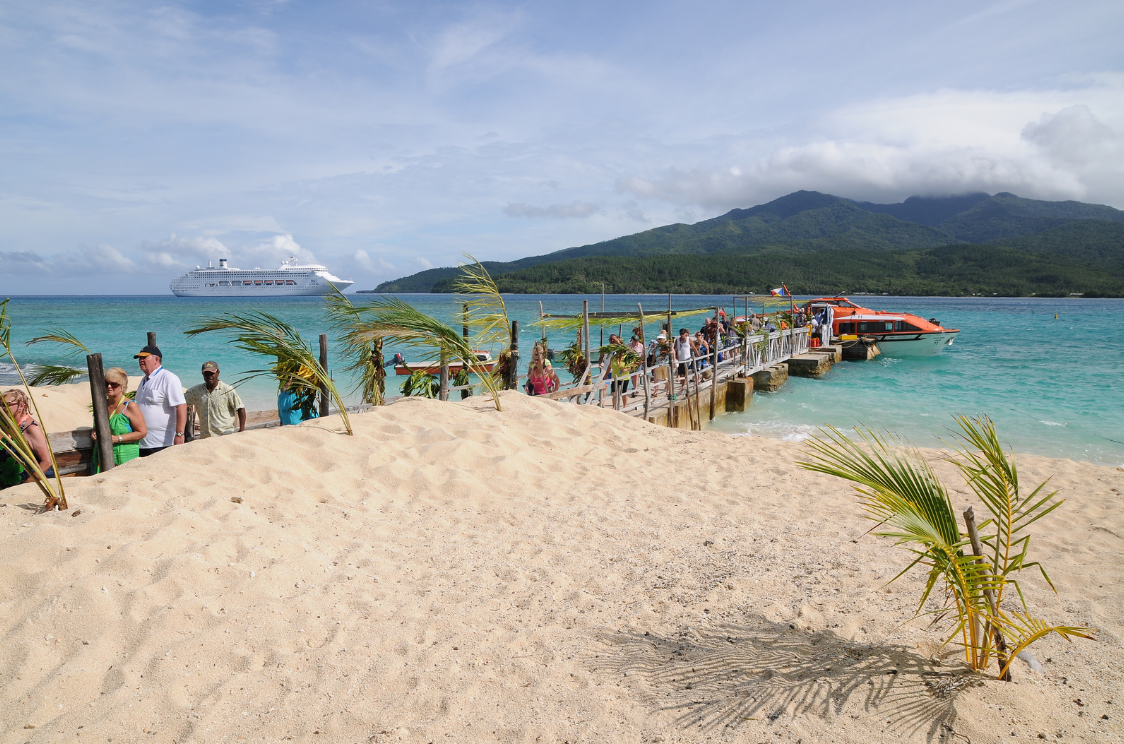 In April of this year I criticised AusAID for the fact that “Despite a strategy committing it to work much more with the private sector, [it] has done little more in recent years than talk to business.”

Last month, AusAID announced it had signed an agreement  with cruise company Carnival to boost tourism in the Pacific.

The MoU is the first between AusAID and a private company, according to the Australia Network.

The Prime Minister of Vanuatu, Moana Carcasses, attended the signing of the agreement and said he thought it would help the Vanuatu economy become less reliant on aid. Carnival also contributed a post to AusAID’s Engage blog on its enthusiasm about the arrangement.

As part of the agreement, Carnival said it will aim to recruit more staff from Vanuatu and run courses to develop cruise-related businesses, such as hospitality, as well as improving infrastructure for visitors. It will later expand these opportunities to Papua New Guinea.

Is this agreement with Carnival a step forward? Taken at face value, perhaps, but I’m sceptical. For a start, no dollars have been attached to the agreement. In response to our queries on the details of the arrangement, an AusAID spokesperson confirmed that a financial commitment had not yet been made under the MoU. The AusAID email to us said:

“Rather we are looking at how our programs can support Carnival Australia to improve the incomes of communities and businesses at the destinations they currently visit.”

“Our collaboration will focus on programs in technical vocational education, tourism and hospitality training, infrastructure, health and business development. The focus of the collaboration will initially be on Vanuatu, where Carnival brings many thousands of tourists each year, followed by Papua New Guinea.”

More fundamentally, is a bilateral, deal-by-deal approach the right way to deliver greater engagement with the private sector? I doubt it. AusAID is a very busy organization. It has many demands on its staff, and many partners: not only partner governments, but NGOs, and multilaterals. It also has to feed the briefing beast. It has had rapid staff growth in the past, but this will not continue. AusAID cannot afford to enter into one-on-one, bilateral arrangements with private sector companies. It doesn’t have the time and resources. It doesn’t have the expertise.

The other argument for avoiding bilateral deals is that they are non-competitive. It is always harder to demonstrate value for money when there is no competition. And they leave one open to accusations, however unjustified, of favouritism.

That’s why in the Independent Review of Aid Effectiveness we called for a facility to engage with businesses (p. 229). It is why we called for a greater use of challenge funds (p. 154) which match private sector funding on the basis of a competition between proposals. Funds and facilities enable outsourcing of project preparation and assessment, and they provide a better justification for value-for-money decisions.

AusAID ran a pilot Enterprise Challenge Fund (ECF) starting in 2007. It has been fully committed for several years, and in fact is due to close this year once all funds are disbursed. Interestingly, Carnival was successful  in its submission to the ECF, and completed projects to improve jetty landings, build sanitary facilities and provide fresh water supplies on three islands in Vanuatu, resulting in a boost in the number of cruise ship visits.

Six years on from the pilot’s commencement, the Government is still yet to indicate any interest in a follow-up to the ECF, let alone make a decision on whether it will be scaled-up, or replaced by an alternative intervention, or abandoned altogether. That is the decision we need. Announcing a bilateral deal with a single private-sector company is at best a poor substitute, and at worst a step backward.

Stephen Howes is the Director of the Development Policy Centre. The Centre is currently running a working group on enterprise challenge funds to examine their performance to date and help us develop recommendations on how Australia and other donors can best use these mechanisms. See this post by Robin Davies, who is chairing the working group.