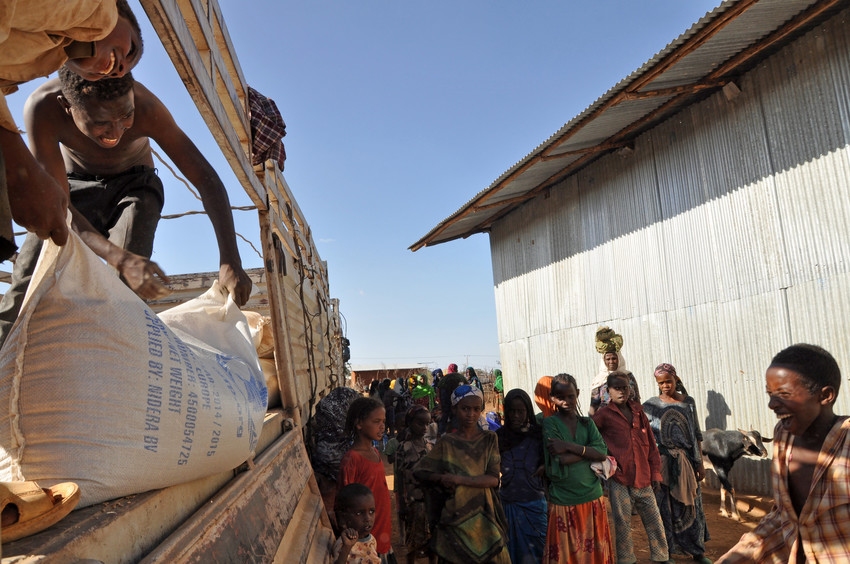 Over ten million people in Ethiopia are in need of emergency food aid, including 400,000 children, as a growing El Niño weather crisis leads to severe drought conditions in the country. It’s predicted that the number of those affected in Ethiopia will rise to 15 million throughout 2016 [pdf], including 1.7 million children and lactating mothers, making Ethiopia one of the world’s largest food insecure populations. Plan International is supporting children and pregnant women with food distributions, healthcare and health education. Drought-resistant seeds (onions, tomatoes, cabbage and sweet potatoes) have also been distributed to households.

These images, taken by Plan International’s Hayelegebreal Seyoum and Girma Eshet in Ethiopia in January 2016, illustrate the still unfolding effects of the El Niño event. 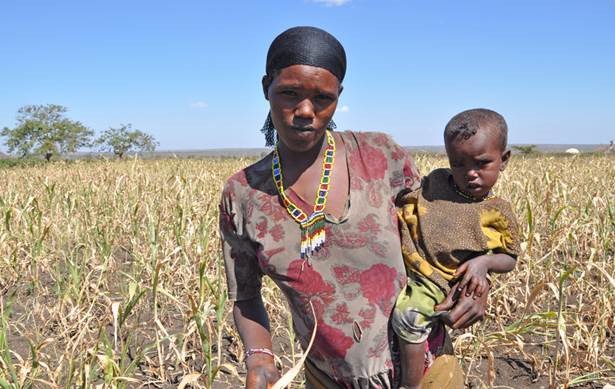 Chaltu Nasiro, 27, lives with her husband and two year old son in West Hararghe Zone in the Oromia Regional State of Ethiopia. Oromia has the biggest population by state – and it’s also one of the most affected by the strengthening El Niño, which has resulted in extreme weather patterns across tropics and sub-tropics. Chaltu and her family used to farm for a living, but the droughts have left the family with no means of income. “There has been no rain this year. Our crops have dried out. We used to grow maize and sorghum for our livelihood, but now things become very difficult. There is no water and rain in our community. My child has been affected by a disease caused by lack of food and water. Our cattle is affected too. We don’t have any access to water and, unless it rains, our situation will only become worse. I recently had to sell one of my cows just to buy something to eat. I don’t know what is going to happen next. Our crops are hopeless and the little water we use has dried up.” 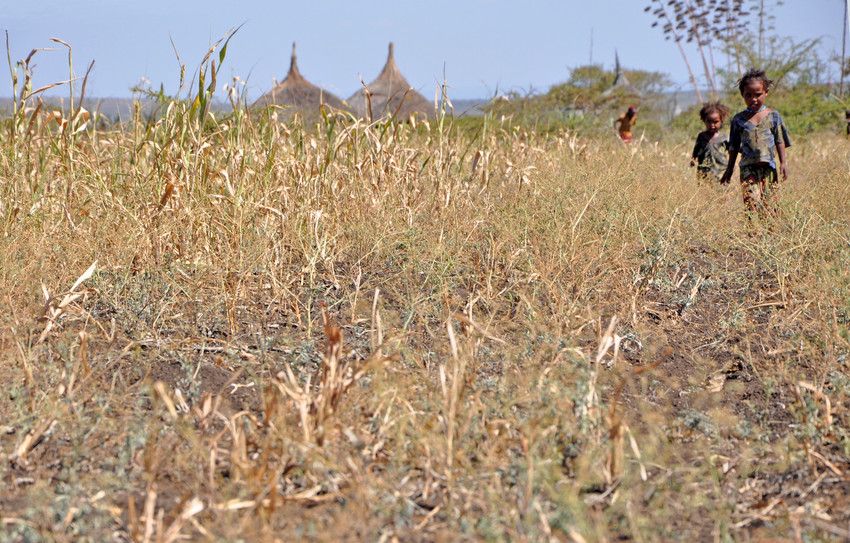 Out of Oromia’s 19 districts, 12 have been highly affected in East Hararghe Zone. Sparse rains have led to a long summer, resulting in intense droughts and little food to harvest. 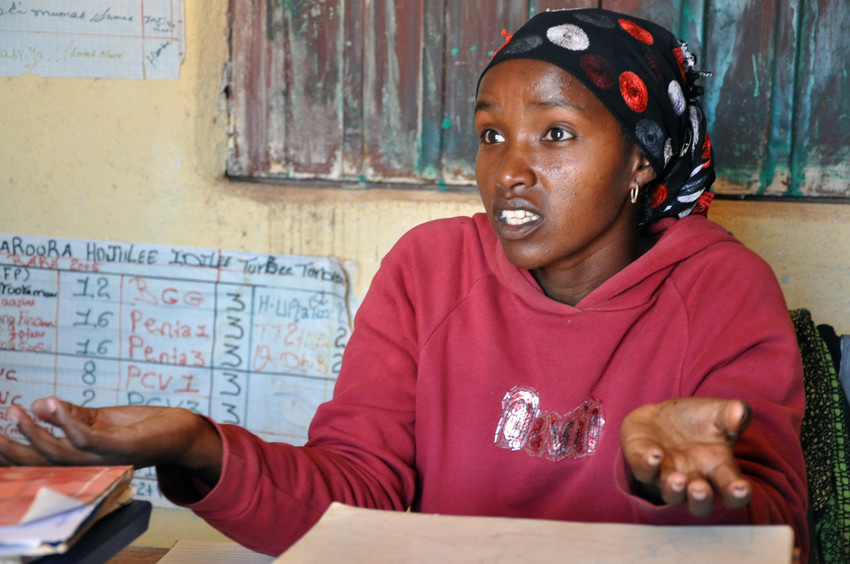 Alfia (pictured above) has been witness to the devastating impact El Niño has had on her village of Babile in the East Hararghe Zone, located 560 kilometres away from the capital Addis Ababa. As a local government health worker, Alfia’s role is to provide health and medical services to the community, as well as examine children and women affected by the El Niño-induced drought. “I recently examined an eight-month-old baby who was very undernourished and badly affected by diseases caused by drought.” 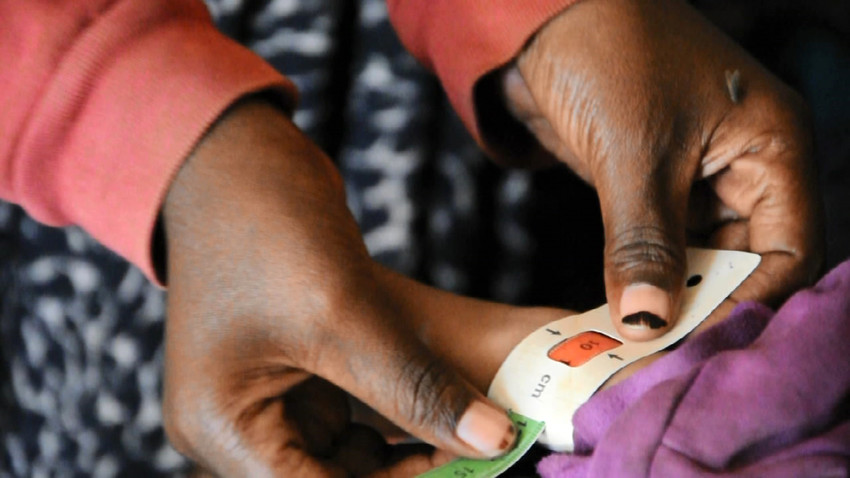 With each passing day, Alfia’s work is increasing. “In the past week alone, we’ve identified 18 children and 32 mothers severely malnourished. This number will rise as time goes on as there is no food and rain in the area,” she added. According to the local government, nearly everyone living in the area has been affected by the drought. Many children have dropped out of school, while mothers face increasing health risks. 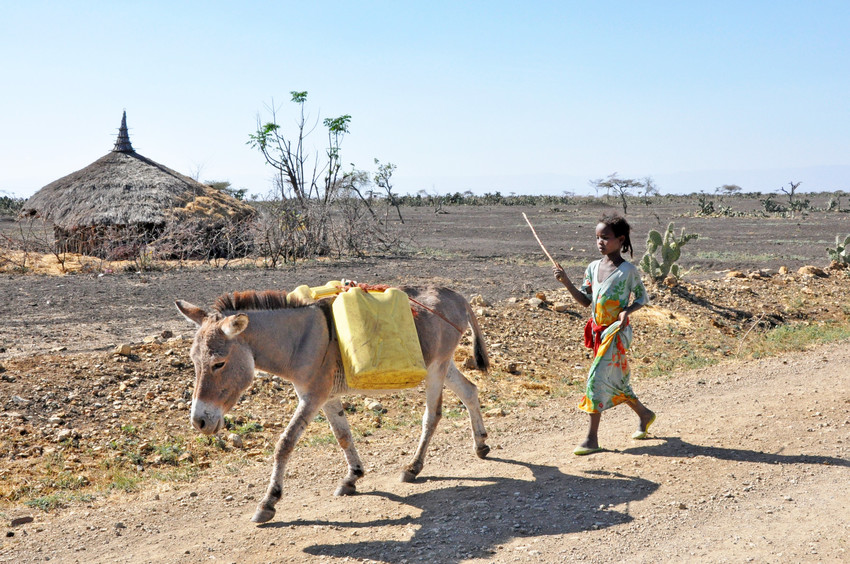 Father of 10 Tesfaye Wonje lives in Setamo, Dara district, located in the neighbouring SNNPR (Southern Nations, Nationalities and People’s Region), also affected by the El Niño. “I have 10 children, but it is becoming impossible for them to attend school,” reveals Tesfaye. “They have little to eat and my heart is in agony. I have 0.125 hectare of land, which I used to farm. I would farm corn, teff, sugarcane and banana, but all the crops on my farmland failed to produce any harvest. I am buying food items from market to sustain the lives of my family.” Legesse Daarsa, also from Dara district, is in the same position: “I have six children. Two of them were in school. Now, none are able to go to school due to the drought. They have to stay at home as we have nothing to eat. My children are seriously affected by the drought. They are getting ill”.

The Ethiopian government, together with humanitarian organisations such as Plan International, is currently distributing food, aid and water to families such as Tesfaye and Legesse’s. However, more needs to be done as many are still without food, water or a livelihood. 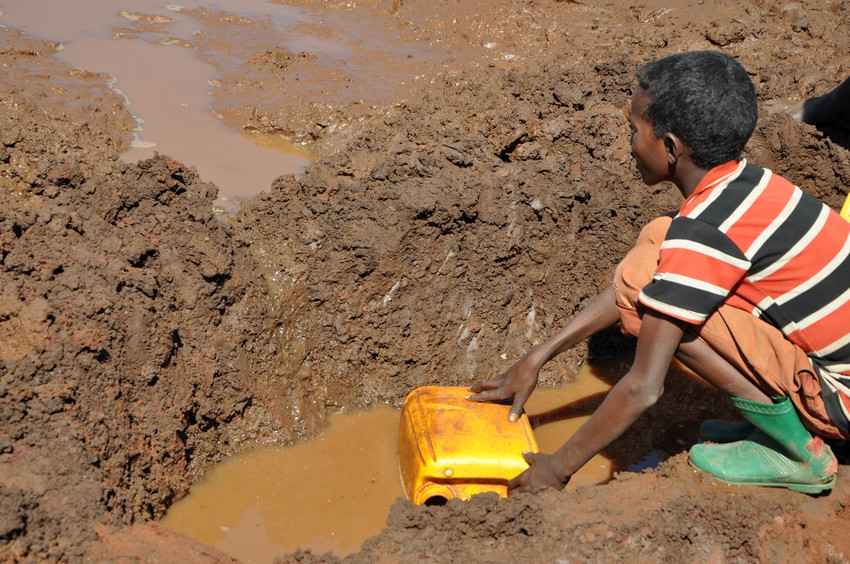 According to Pankaj Kumar, Head of Programs for Plan International Ethiopia: “Ethiopia is experiencing one of the worst droughts in decades. Children particularly are at risk due to a lack of food and water, and the risk of disease outbreaks. Many are being forced to drop out of school and their lives are being put at risk due to inadequate food and nutrition. Unless we act now, a global humanitarian emergency will be inevitable.”

Susanne Legena is the CEO of Plan International Australia.