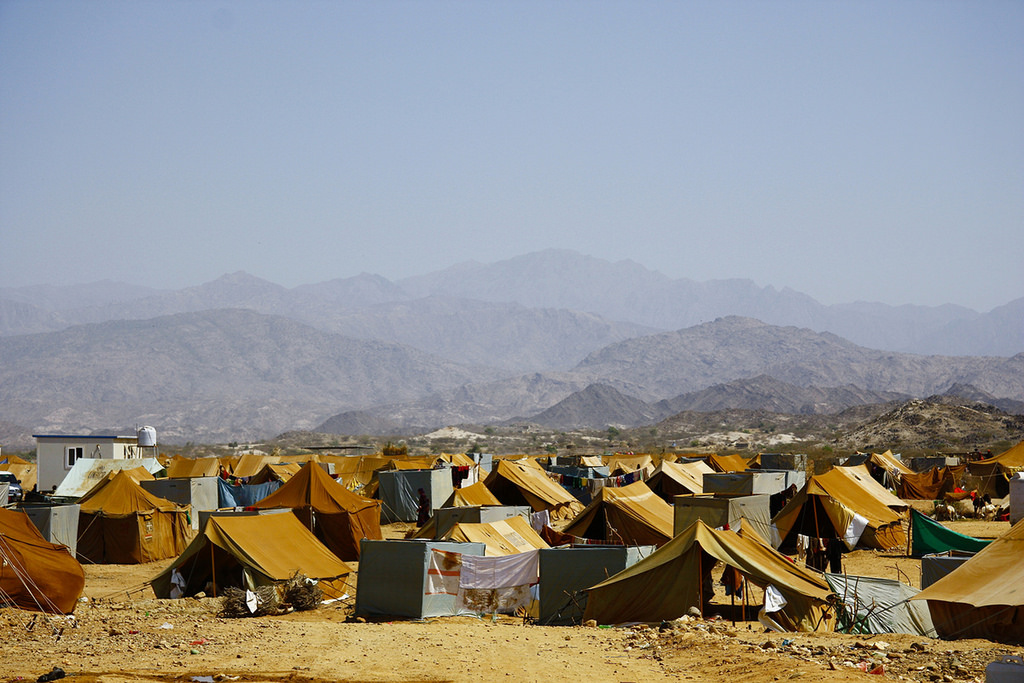 By Sachini Muller and Muhannad Hadi

During his recent visit to Canberra, I had the opportunity to interview Muhannad Hadi, the United Nations World Food Program’s (WFP) Regional Director for the Middle East, North Africa, Central Asia and Eastern Europe, for the Devpolicy podcast. This is an edited excerpt of the interview.

Mr Hadi started his career in 1990 with the International Committee of the Red Cross in Jordan and has since had a number of international assignments in Yemen, Sudan, Indonesia, Lebanon, Italy, Pakistan, Myanmar, Libya, Egypt and Syria. He was WFP’s Country Director in Syria for three years, Regional Emergency Coordinator for the Syria Crisis for another three years, and most recently led WFP’s Regional Syria Emergency Operation.

Humanitarian work is the only job he’s ever had, he says, and he jokes that having only ever done one job interview, he’s too scared to think about what would happen if he ever had to do another one.

His extensive career at the WFP means that he has been at the forefront of responses to some of the most challenging humanitarian situations in recent history. His team works in several countries in crisis – Yemen, Syria, Iraq, Libya, Ukraine, and the neighbouring countries of Syria.

Mr Hadi noted that Yemen was, until recently, the forgotten crisis. As far back as 2012, Yemen was facing a ‘hunger catastrophe’ with 44 per cent of the population (10 million people) undernourished. The situation has not improved since. The WFP page on the Yemen emergency is currently reporting that 17 million Yemenis are food insecure, meaning that they do not have enough food. And it’s not just a problem for Yemen:

The number of hungry people are increasing, especially in the Middle East and North Africa. And why? It’s because of manmade crisis. We can’t blame nature for this. We can blame other human beings for this.

When asked if he can see an end to the crisis in Yemen, Mr Hadi said that he has no choice but to hope for an end, so as not to lose focus – but notes it is still a long way away.

Until a political solution is reached, aid workers can only advocate, and work with the situation and circumstances they are given, Mr Hadi says. However, he noted that the international community plays a vital role in ending conflicts; both sides of the conflict must be pressured into agreeing to a solution, and to putting the interests of the country and the people first. In the interim, humanitarian assistance is essential to support those affected.

We need to support the efforts of the United Nations to make sure that we have the financial resources…so we don’t lose lives to cholera… to be able to provide the required food, medicines, water purification equipment, other necessities, also education. Because when kids lose out on education, you lose a generation, when kids lose education, they become so vulnerable. And then they become an easy target for terrorist organizations, like Al-Qaeda and like ISIS.

Funding is a constant challenge; efforts to respond to crises are hampered significantly by insufficient funding. At the time of publishing, the United Nations Office for the Coordination of Human Affairs (OCHA) website country pages showed that the Yemen crisis only had 55.8 per cent of the funding it needed, while South Sudan had 70.6 per cent. Mr Hadi encouraged collective action, noting that everything we do makes a difference and sends an important message.

It’s an extremely important message for people in conflict to know that other human beings in another part of the world far, far away from them, they support them, they share the same values with them, they understand what they’re going through, and they’re doing everything they can to support them. Those signals, those messages, really are very, very strong messages. It’s important that we stick with each other as human beings. It’s the difference between right and wrong. This is the message that sends.

And when asked if the second Sustainable Development Goal of ending hunger is achievable, his answer was a conditional yes, stating that “[h]unger can end if manmade crises end.”

Listen to the podcast here, and read the full transcript here.