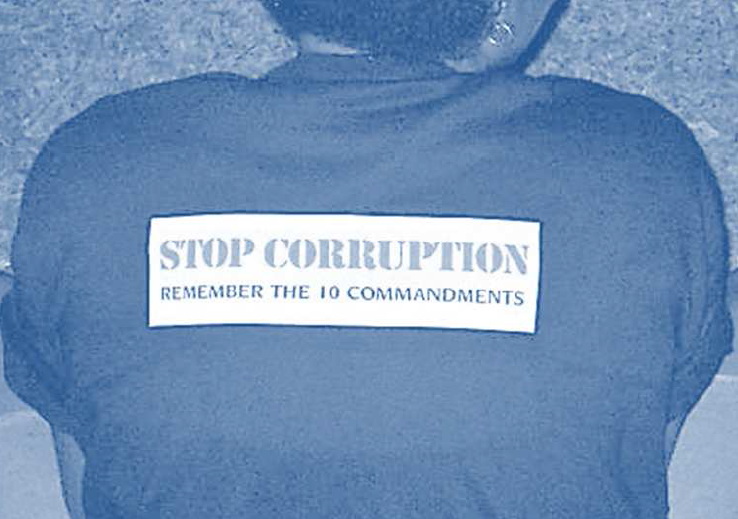 On Wednesday, 13 November, Transparency International PNG launched a report that outlines how Papua New Guineans understand corruption and anti-corruption efforts. The report, entitled Papua New Guinean Understandings of Corruption (available here) draws on findings from a household survey. Over 1,800 people participated in the study, with interviews conducted between 2010 and 2011 in nine out of the country’s 22 provincial divisions: Eastern Highlands, Milne Bay, Madang, National Capital District, New Ireland, Southern Highlands, West Sepik, East Sepik and Enga. The sample was representative of each of these provinces.

As one of the authors of the report, I presented the findings to a range of policy makers, including: The Australian High Commission, DFAT and the Australian Federal Police, as well as the PNG Ombudsman Commission, Taskforce Sweep, local NGOs, Churches and the private sector.

The report shows that most respondents defined corruption as a type of immoral behavior. Urban respondents were more likely to define corruption as ‘the abuse of public trust for private gain’ – a popular definition with anti-corruption organizations.

The questionnaire asked respondents to evaluate nine scenarios depicting different scales and types of corruption. For instance, one scenario involved a candidate bribing a voter with 50 Kina (about AU$ 20), another described a contractor bribing a public official. In turn, respondents were asked to rate the degree to which the scenarios were unacceptable, harmful and corrupt. Most rated the scenarios as unacceptable, but fewer believed they would cause harm or were corrupt.

This is despite almost half of all respondents reporting that they had personally found out about a case of corruption over the past two years. Of these respondents, 77% said that they were personally affected by corruption.

All this sounds rather grim (and it is), but there is a silver lining. For a start, the survey finds that most people were concerned about corruption, and wanted it addressed. Almost 80% of respondents agreed that government corruption affects the provision of good schools, health facilities and roads. Three-quarters agreed that the government should prioritize the fight against corruption.

In addition, a high proportion (65%) of respondents agreed that PNG is completely democratic. And there was great trust expressed in the churches, with 70% agreeing that they are effective in keeping the government accountable. This finding suggests that the churches are well placed to play an increased role in helping to address corruption in PNG. In comparison, only 20 to 30% said the Parliament, Police or the Office of the Prime Minister effectively held government to account.

The report makes a number of recommendations for anti-corruption policy makers and activists. Recommendations are geared towards further engaging citizens in the fight against corruption. This includes encouraging citizens to hold government and political leaders to account. With 58% of respondents agreeing that politicians favor corruption, we think that such initiatives would be welcomed.

The report also calls for clearer communication about corruption (particularly in terms of the damages it can do), and for educating people about how it can be reported. At the same time, there is little point in raising awareness about corruption without strengthening anti-corruption organizations. The Police, Ombudsman Commission, Taskforce Sweep and others need further support, particularly if more people are to be educated about reporting corruption.

There is also a need to ensure higher rates of prosecution. Recently, PNG’s National Research Institute has – in their response to the draft Independent Commission Against Corruption (ICAC) bill – called for an Office of Special Prosecutor of Corruption to be set up as a part of the proposed ICAC. The findings of our study suggest that such initiatives would be welcomed in PNG, where many leaders are investigated for corruption but few are prosecuted.

Other recommendations from the report include:

Given the extent of the problem, narratives about corruption in PNG can leave people feeling powerless and overwhelmed. Indeed, after I presented, one participant said they felt depressed by some of the findings. For those of us with such pessimistic thoughts, it’s worth remembering that there are many Papua New Guineans who are concerned about corruption and want to see it addressed. There’s still much that policy makers can do to help channel this discontent to ensure citizens are meaningfully engaged in the fight against corruption.

Grant Walton is a Research Fellow at the Development Policy Centre. He, along with Sarah Dix, authored the report: Papua New Guinean Understandings of Corruption.

Grant has written a second post discussing more findings from the report here.