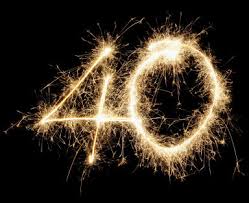 Today the agency known since 1995 as AusAID ceases to exist as an independent organisation. And, as is now clear, by mid-2014 at the latest it will cease to exist as a separately identifiable component of the Department of Foreign Affairs and Trade (DFAT). With the probable exception of two or three of AusAID’s existing functional areas, integration will mean disintegration. So AusAID, born as the Office of the Australian Development Assistance Agency in December 1973, didn’t quite reach its fortieth birthday after all. There will be enough to say in the months ahead about what AusAID has achieved or might have done better, and about what might sensibly happen next. But today seems the day to ignore the happy Thompson gunner on the DFAT balcony and attend to the organisation that was—and might again be.

It’s generally hard to say what an organisation’s identity consists in. As an Austrian once said of a thread, its strength ‘does not reside in the fact that some one fibre runs through its whole length, but in the overlapping of many fibres.’ Yet organisations, as such, often command great loyalty. Many people, particularly those now older than AusAID, dedicate their working lives to single organisations whose corporate identities become partly constitutive of their employees’ personal identities.

AusAID’s surface identity is defined by a series of Canberra buildings—on Hobart Place, Northbourne Avenue and most recently London Circuit and Allara Street—and acronyms—ADAA, ADAB, AIDAB and most recently AusAID. Its anatomy and physiology have been shaped by a series of directors general—Jim Ingram, Bob Dun, Philip Flood, Trevor Kanaley, Bruce Davis and Peter Baxter; ministers—most notably Bill Hayden, Alexander Downer and Kevin Rudd; and external reviews—led by Jackson, Simons and Hollway. Above all, though, AusAID has a complex personality derived from that of the people who have worked for it, in many cases for all or most of their working lives.

There is a great diversity of people in AusAID, and they arrived in several waves. There were, at first, grizzled colonial administrators and even quite a few kiaps—Australians who had served as patrol officers in pre-independence Papua New Guinea. There were numerous case workers in state offices, dealing with aid-funded international students. Then, in the second wave, there were people who wanted a public service career in aid for one of many reasons: they were idealistic, or had international credentials to apply, or wanted the stability of a public service job with a degree of exoticism, or were cautiously hopeful that aid could create more utility than other forms of public expenditure. These people were generalists who over time worked in most areas of the organisation. In the third wave were two very distinct streams: on the one hand, mid-career and young professionals, well-equipped with the theoretical basis for an aid career; on the other hand, mobile senior managers who moved in from other organisations where job security was low or, as in the case of DFAT, promotion opportunities few.

The second wave is still dominant, though by a diminishing margin. People in this group, having seen and done most things in their field, have a sense of professionalism but often could not point to any one area of deep specialisation. Mostly they know each other well and negotiate disagreements with an eye to the long term. They tend to lack a strong regard for formal authority and, when directed to do something dumb, have been known to practice what one student of AusAID behaviour describes as ‘non-violent non-cooperation’. Some are roguish, good in a pinch but best watched closely in china shops. Some are raconteurs. Some are reasonably described as eccentric. Most, however, just quietly and stoically prop up the organisation. AusAID’s locally-engaged staff sit squarely in this last category, having taken on increasing levels of responsibility over the years and having endured triennial changes of Australian personnel.

Any given person in AusAID might have had a great variety of experiences in the course of a career. On long-term overseas postings, even at quite junior levels, they might be negotiating directly with senior ministers or even leaders, both distinguished and dubious; progressively understanding who in the middle levels of a bureaucracy is honest, smart and determined enough to get things done, and how to help them; or attempting low-key visits to remote schools, health clinics, rural cooperatives and infrastructure projects, only to find themselves the main attraction at a town hall meeting of expectant dignitaries and villagers. In post-disaster situations, they might be collaborating with the formidable Australian Defence Force machine to get supplies transported and distributed; trying to figure out how food aid distribution works in a secretive, totalitarian regime under the watchful eye of marvellously evil minders; witnessing rivers clogged with thousands of bodies, mostly young mothers and children, in the aftermath of a tsunami; navigating the incredible chaos that is post-disaster aid coordination; or finding ways to resist the useless generosity of those who want to give what they have rather than what is needed.

In dealing with the aid program’s many agents and partners, they might be overturning rigid and elaborate program designs in order to permit improvisation by good technical advisers or adapt to changing circumstances; battling to dislodge entrenched but ineffectual contractors; struggling to find out and perhaps support what aid-funded NGOs and volunteers were doing in a particular country; influencing the behaviour of multilateral organisations—good, bad and indifferent—through boards, high-level consultations and country directors; racking their brains to find things which they and bilateral donors X, Y and Z can collaborate upon with the least possible pain in order to satisfy some diplomatic imperative; or squirming in stuffy rooms in multilateral meeting-places, listening to smug people drone about good donorship. And, most invigorating of all, in dealing with ministers they might be rewriting speeches from scratch moments before delivery; chiselling and bending visionary initiatives in order to give them some chance of getting to first base; or readying smallish and manageable ‘announceables’ in advance of ministerial tours in order to forestall larger and uncontrollable ones.

In addition, most people will have encountered a high level of personal risk at some point in the course of their work. Perhaps violent crime was rife, or they had to travel by dangerous and unconventional means or, in one instance, their workplace was bombed by terrorists. A number of AusAID staff have died in the course of their work, including one, Allison Sudradjat, who might well have become the first female head of the organisation.

AusAID has until recently been small and generalist enough that its long-term staff will have shared many experiences like those mentioned in the very partial list above, and will have built up strong international networks of people with similar roles and experiences. This commonality of experience and milieu is part of what makes the organisation what it is. But another factor, at least as important, is its sense of difference from other public and private organisations in the same general orbit—most notably but not only DFAT. AusAID staff will naturally define themselves in opposition to quick-fixers, fast talkers and carpetbaggers. Just as there is in DFAT a stereotype of AusAID, so there is in AusAID a stereotype of DFAT—as an organisation that is mercenary, transactional, short-termist and, most problematically, often lacking a realistic understanding of how its own ends might best be served by the aid program. Unjust as it might be, at least in relation to a good number of individuals in DFAT, this stereotype of the ‘other’ is part of what confers unity on AusAID.

Now the borders around AusAID are being comprehensively breached and dismantled, probably beyond any possibility of easy reconstruction. While this is in the end just a ‘machinery of government’ change, it is inevitably experienced as an affront, a personal loss, to the people who have invested their working lives, or their hopes for a working life, in the organisation. The affront might have been lessened if there were a perception that this unheralded merger were not in reality a hostile takeover, if DFAT as agent were thought to be acting only in line with the objectives of the government as principal, and if the objectives of the merger had been convincingly stated. But, as it is, there is a sense that one organisation is being consumed by another whose objectives might not exactly coincide with those of the government. The government wants a focused, high-quality aid program that strengthens Australia’s bilateral relationships. It can’t be easy for anybody inside AusAID to see how its disintegration could serve that end.

It must be acknowledged that for many AusAID staff, both Australian and locally-engaged in developing countries, the primary source of concern and anxiety now is not the passing of their organisation but the prospect of losing a job, any job. But this is compounded, for most people at any rate, by the loss of an institutional framework that has come to be part of their identity. The present uncertainties about employment and deployment obviously need to be resolved quickly, and in ways that preserve and wisely use the large reservoir and experience, skills and judgement that exists in the organisation. If this is done, it will be interesting to observe over time what impact the proportionally large influx of staff from AusAID (probably more than a one-third increase in Canberra alone) has on DFAT as an organisation. While the impact might not be very visible, it could prove to be quite pervasive and positive.

Will the policy of integration stand in the long term? Any such change creates a reversal opportunity for a future government. The reversal in this case is likely to be fiendishly difficult and not necessarily worth the candle once the current process and various future refinements of it have run their course. Nevertheless, there has to be some chance it will happen in time. The possibility is academic to anyone seasoned enough to feel a sense of attachment to what was AusAID. They’ll miss the organisation and they’re entitled to, even while they set about changing the DNA of the invading organism.

Robin Davies is the Associate Director of the Development Policy Centre. He worked in AusAID from 1993 to 2012.