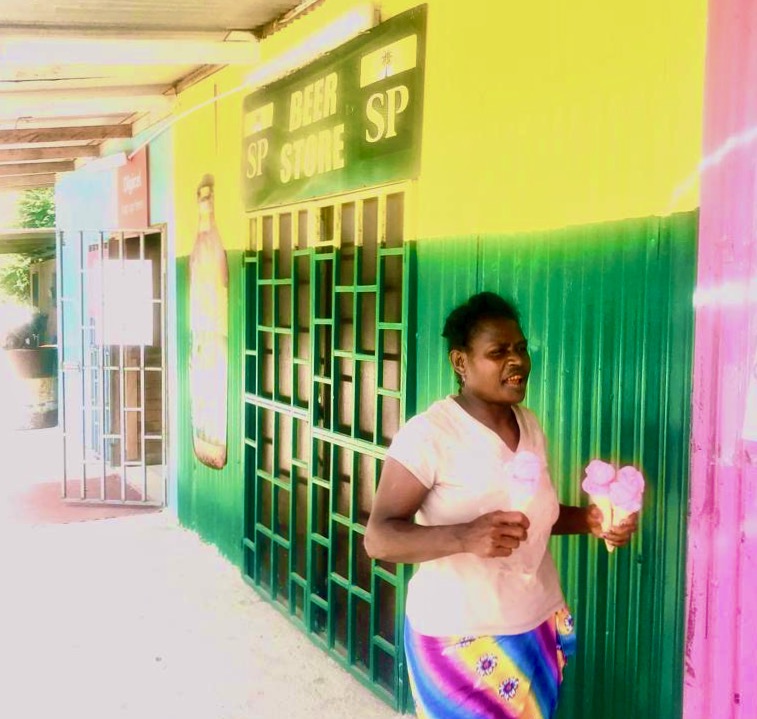 Good luck trying to find any booze in the Autonomous Region of Bougainville these referendum days. In the administrative capital, Buka, the beer shops are closed, the hotel’s fridges are shut (mostly), and the home-brew stills are silent (mostly). Buka’s premier nightclub, Club Oasis, where the seats in the VIP room look like tulips, has shut its doors for the referendum period. It’s a similar story of abstemiousness across the region. The ban runs until 19 December.

The ban represents the most palpable example we can think of where an edict of the Autonomous Bougainville Government has been comprehensively followed. It stands in contrast, say, to the failed efforts of the government to persuade wholesalers to collect a modest levy on beer and cigarettes on their behalf.

The Bougainville government (as throughout Papua New Guinea) is replete with many noble and thoughtful plans, such as those forming its Strategic Development Plan 2018–22. There are close to 250 complex and ambitious tasks laid out in the plan – everything from developing legislation on pornography to the establishment of ‘geotech data bases’. Implementing such an ambitious agenda would challenge any administration but especially one as small as the Bougainville government.

Such plans embody a model/ideology in which, to use the language of David Osborne and Ted Gaebler, authors of Reinventing Government (1992), the state is presumed to do all the rowing and all the steering. Leaders of the both the PNG and Bougainville governments remain predominantly bonded to the conception of this Weberian type of administration, as do international donors.

But getting such plans meaningfully off the ground has always proven a challenge. So why has the booze ban been such a resounding success?

Clearly the unique context of the referendum forms part of the answer. Bougainvilleans are very conscious that the world is watching them and don’t want anything to scupper the public relations triumph that this referendum has been.

But we believe that another part exists in the relationalities and connections that have got behind the ban and ensured its enforcement. As well as the ABG’s small liquor licensing department, it is store owners, nightclub proprietors, chiefs and other powerful individuals within the community, church elders and everyone in between who are ensuring the ban is being observed. Thirsty ex-combatants are getting behind the ban too. “Nogat ples blo dring beer na body guria (fevered) na weak”, one of them messaged us in a moment when he realised virtue could be quite an arid feeling.

The leadership of this ‘relational state’ are not all to be found within a Bougainville government office, won’t have familiar titles such as ‘secretary’ and ‘director’, won’t likely be reciting from a corporate plan, but are to be found in the communities themselves.

While the role of non-state actors in governance is of course nothing new, what has drawn our attention lately has been the ways in which government officials use their relationality to animate their diverse networks to achieve governmental ends. If there is any trouble in Buka town, the police call the ex-combatants, not because they suspect them of causing the trouble, but to ask for their help. Bureaucrats leverage religious affiliations or personal and familial connections to enable them to implement government programs that their threadbare office resources would never cover. The booze ban is but one example of this.

Regardless of the outcome of Bougainville’s referendum on future status, it is likely that the ‘state’ (in terms of formal institutions) in Bougainville will remain small. With the exception of one hospital, health posts, police outposts and schools, the reach of the government stretches not much farther than the outskirts of Buka town. But the reach of this relationality stretches everywhere in Bougainville.

We expect that there will be a modest uptick of donor attention to Bougainville in the period after the referendum, with new designs for aid programs. If and when that happens, hopefully it will be done so in a way that works with the grain of Bougainville, and supports and takes advantage of the grassroots governance, will and energy coming off the back of the referendum.

Continuing with such innovation, instead of defaulting to Weberian models, would truly be something to drink to.

Gordon Peake works part of the year as an Australian-funded adviser in Bougainville. He is writing in a personal capacity; the article does not reflect the views of the Government of Australia or Abt Associates.