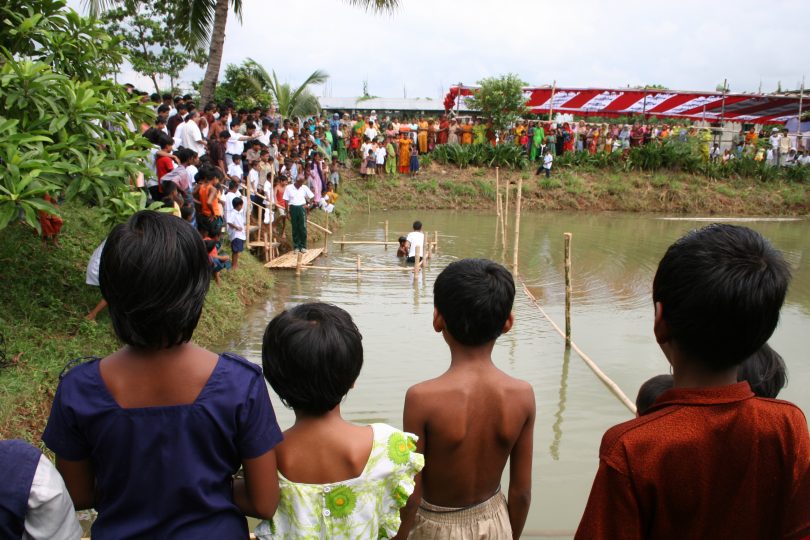 The United Nations General Assembly passed its first-ever Resolution on Global Drowning Prevention (A/75/L.76) during the seventy-fifth session on 28 April 2021. The resolution was proposed by Bangladesh and Ireland, and co-sponsored by more than 79 nations, including Australia.

In introducing the Resolution at the UN General Assembly in New York, the Ambassador and Permanent Representative of Bangladesh to the UN, Rabab Fatima, said: “Drowning is a major cause of global mortality, accounting for a greater loss of life annually, than to maternal mortality or malnutrition. The imperative to act on drowning is not simply moral or political. The economic cost is equally untenable.”

The resolution describes drowning as a serious and neglected health threat, causing more than 2.5 million preventable deaths in the past decade. More than 90% of deaths occur in low- and middle-income countries, with Asia carrying the highest number of drowning deaths.

The resolution calls on member states to: develop national drowning prevention plans; implement recommended interventions, including barriers, supervision, swim skills, rescue and resuscitation training, and boating regulation; and  introduce water safety, swimming and first aid lessons as part of school curricula. These interventions are outlined in the Global Report on Drowning that was released by World Health Organization (WHO) in 2014.

The resolution seeks to address large data gaps by calling on member states to include drowning within civil registration and vital statistics registers and to aggregate all drowning mortality data into national estimates.

All are voluntary actions but should be viewed as an important first step. The resolution is a significant milestone in a long journey in which Australia could play a key role.

The UN Resolution is significant to Australian development policy for three reasons.

First, the UN Resolution frames drowning as a significant issue in our neighbourhood – Asia and the Pacific. A recent Global Burden of Disease study found that China, India, Pakistan and Bangladesh accounted for 51.2% of all drowning deaths, and that the Oceania region had some of the highest rates of drowning.

Drowning disproportionately impacts children and adolescents in rural areas and is often reported as the leading cause of childhood mortality (1-9 years). The recommended basket of child drowning interventions is based largely on Australian-supported evidence arising from Bangladesh, Vietnam and Thailand. These nations, alongside Fiji, Ireland and Tanzania, provided a driving force for the resolution, having formed a UN Group of Friends of Drowning Prevention in 2019.

Water-related disasters and seasonal flooding cause significant drowning in our region. A study of flood events in Malaysia, Indonesia, the Philippines, Cambodia, China, Lao PDR, Vietnam, Thailand, Bangladesh and Nepal found that the majority of flood-related deaths (44%) were caused by drowning. The resolution points to the Sendai Framework for Disaster Risk Reduction 2015-2030. Australian investments in measures to build the resilience in the most disadvantaged communities may align to drowning prevention. Community-based disaster resilience can also be linked to water rescue, swimming, and first aid skills.

Another area can be found in links between drowning and the health and education area of Australia’s aid program. The UN call for water safety, swimming and first aid lessons as part of school curricula is a privilege most Australians enjoy. The links between day care centres as a drowning prevention measure, add to benefits already identified as part of early childhood care and development.

A less obvious link is through improvement of health systems including through partnerships like the Data for Health initiative, which promotes the use of verbal autopsy, a technique that has been more effective than hospital data in identifying community drowning burden.

Third, Australian NGOs were quick to pick up the issue of drowning and worked to provide a solid research base to understand the scale of the problem.

Throughout the period 2008-2013, the Australian Government was actively engaged supporting Australian NGO efforts to build a global platform to reduce drowning. Early initiatives included the establishment of an International Drowning Research Centre at the Centre for Injury Prevention in Dhaka, Bangladesh, which has become a focal point for LMIC drowning research.

Australian volunteers, through programs including the rebadged Australian Youth Ambassadors for Development scheme, have worked on the ground across Asia to help build capacity for research and interventions. Volunteers have helped to establish swimming programs and Surf Life Saving clubs across Asia and the Pacific.

Royal Life Saving Society – Australia hosted the World Conference on Drowning Prevention a decade ago in Vietnam, bringing together more than 450 individuals from 52 countries. Supported by the Australian Government, that conference published a declaration titled ‘Building a global platform to reduce drowning’.

As a nation we have already achieved most of the voluntary actions set out in this resolution. Australia is one of the few countries to already have a well-supported national water safety plan which has been highlighted by WHO in successive publications on drowning. The latest version, the Australian Water Safety Strategy 2030, was launched in Canberra in March 2021

Our academic institutions and approaches to global themes in drowning research are world leading, including teams at The George Institute for Global Health, James Cook University and the School of Population Health at the University of New South Wales.

This resolution is a new opportunity for Australia to step up and demonstrate our world-leading expertise. Our neighbours are going to need help to fulfil the goals in this resolution. We are uniquely placed to help them reduce drowning deaths in their communities.

Justin Scarr is the Chief Executive Officer of the Royal Life Saving Society – Australia, and Chair of the Australian Water Safety Council, Chair – Drowning Prevention Commission at International Life Saving (ILS) Federation and has been the convenor of the ILS World Conference on Drowning Prevention in 2011 (Danang), 2015 (Penang), 2017 (Vancouver) and 2019 (Durban).