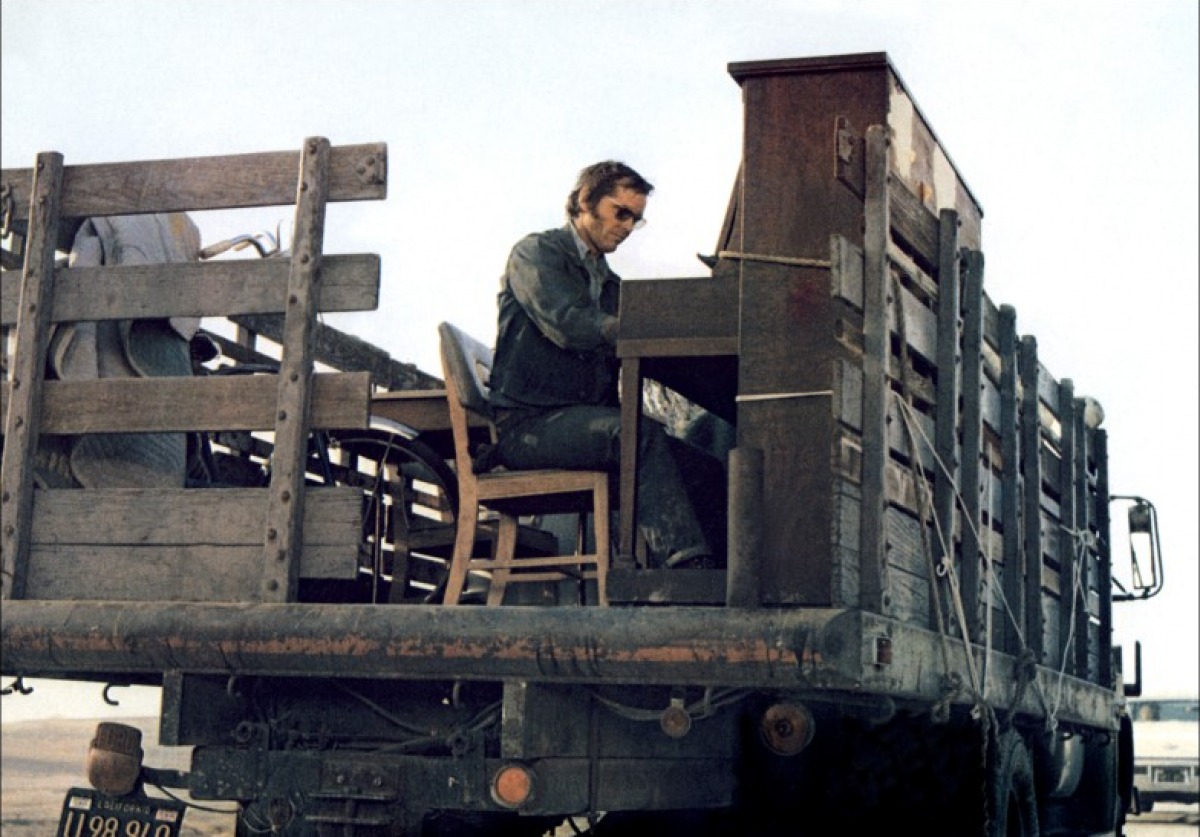 The rapid diminution of Australia’s aid program, now around one-third smaller than it was budgeted to be in 2013-14, has effectively muted discussion about deficiencies in aid allocation. The natural tendency among those opposed to large aid cuts has been to call for a restoration of aid growth while largely deferring consideration of allocation questions.

We have frequently written, both jointly and individually, about the under-allocation of aid to certain purposes. Now, as the announcement of the 2017-18 federal budget approaches, we have collaborated on a more comprehensive policy brief about aid allocation priorities for 2017-18 and beyond. In it, we outline two aid budget scenarios, analyse recent trends in the allocation of aid to purposes, and highlight areas in which there are emerging or longstanding gaps in Australia’s aid effort.

Figure 1 illustrates our two aid budget scenarios for 2017-18 and the three years to follow (the ‘forward estimates’ years). In the first scenario, Official Development Assistance (ODA) is held constant in real terms. In the second, which is a slightly relaxed variant of a recommendation one of us has made elsewhere, ODA grows toward 0.3% of Gross National Income (GNI) by the final year of the forward estimates period, 2021‑22.[1] 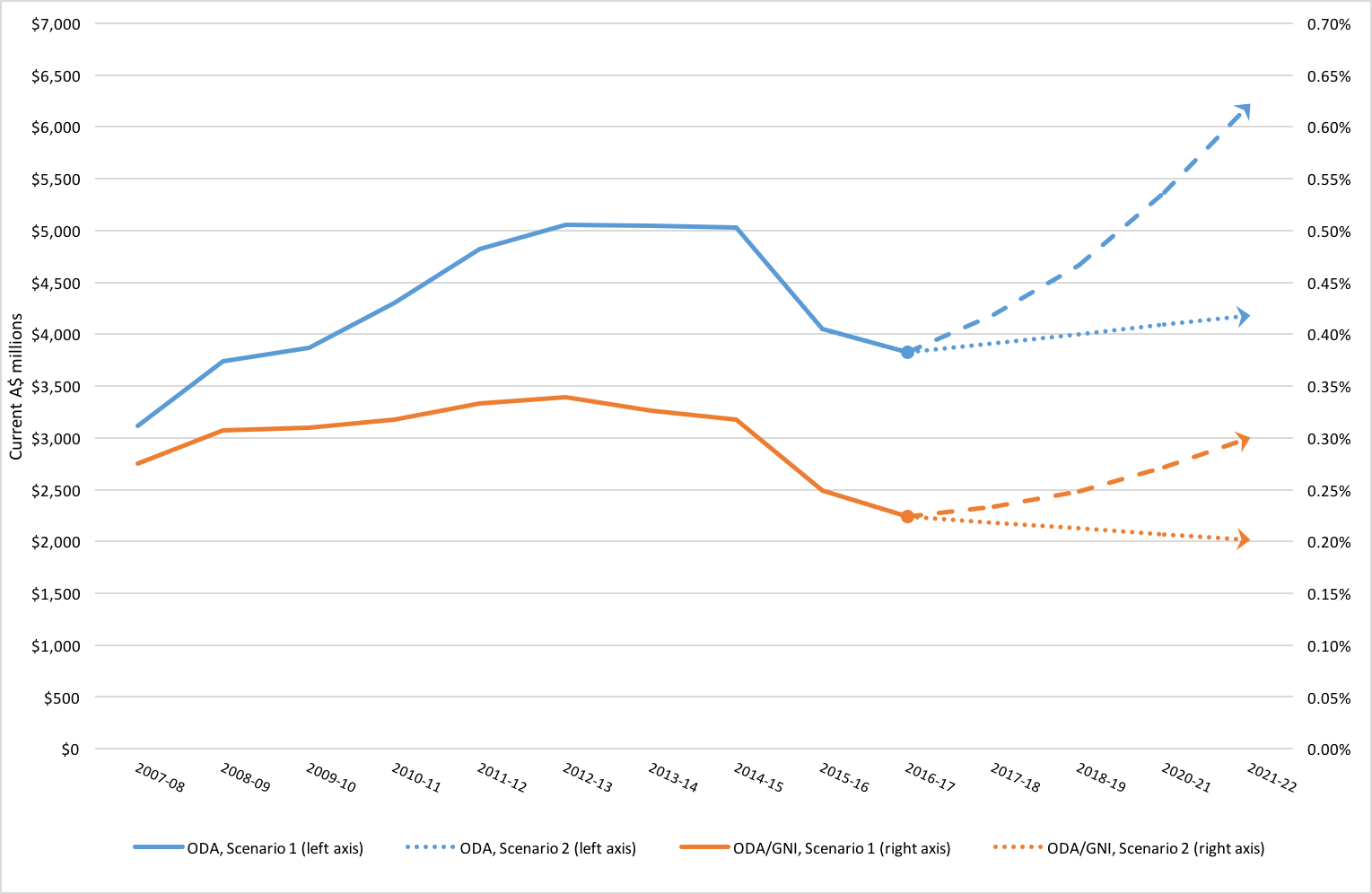 We are fairly sure, as there has been no indication to the contrary, that the government’s 2017‑18 aid budget will resemble the steady-state scenario. Nevertheless, we believe that Australia’s aid effort—measured in ODA/GNI terms—should be restored over several years in order to at least equal the average effort of the OECD donor collective, which until recently had been quite stable for a number of years at 0.3% before rising, in 2016, to 0.32%. We have therefore distinguished between allocation measures requiring only feasible shifts within roughly the existing aid envelope, and those depending on a significant expansion of the envelope in line with something like our second budget scenario.

Enough time has now passed since the change of government in late 2013, and the consequent implementation of large aid cuts, that one can begin to perceive shifts in the overall sectoral composition of Australia’s aid program. On undertaking a fine-grained examination of shifts in the allocation of aid over time, it is possible to see a clear and understandable move toward the priorities articulated by the government in its 2014 aid policy framework.[2]

Given that overall aid volume has been greatly reduced—by around one-quarter in real terms from 2013-14 to 2016-17—and that many specific priorities account for a relatively small share of the aid program, the best way to highlight changes is to look at how a sector’s program share in a given year, that is, its share in total aid, compares with a long-term average. 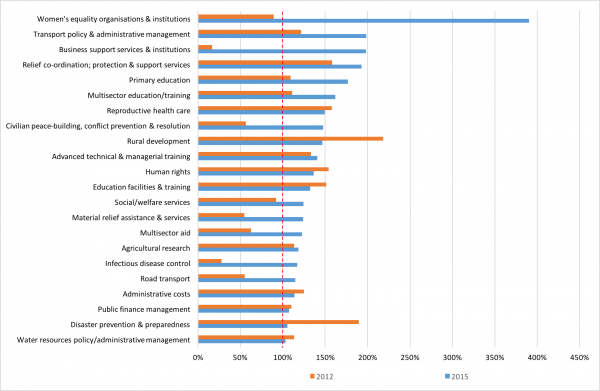 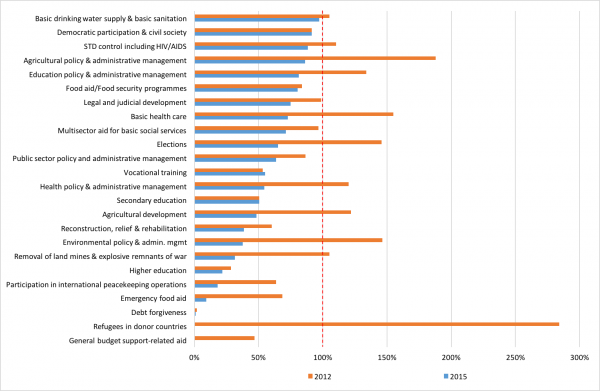 Overall, a clear enough picture emerges. In proportional terms, Australia is doing less than it was in governance, health, agricultural development and environmental protection. The balance has shifted in favour of scholarships, basic social and economic infrastructure, emergency response, and several more specific priorities of the government including trade facilitation and women’s empowerment.[4] In addition, voluntary contributions to multilateral organisations have been squeezed; core contributions not so much.

In light of the allocation trends outlined above, we highlight five areas in which there are emerging or longstanding gaps in the Australian aid program, which could be addressed at no great cost within a fairly static overall aid budget envelope consistent with our steady-state budget scenario.

We estimate that the total funding requirement associated with the five priorities above might be somewhere in the vicinity of $100 million per annum.

It might be thought this requirement could mostly be accommodated within the $85 million nominal aid increase assumed under our first aid budget scenario. However, DFAT was forced to suppress funding to multilateral organisations, without reducing overall commitments, in order to deliver the savings required by the government in the 2016-17 budget. Any associated shortfalls will have to be made up from 2017-18. These will be financed in the first instance from nominal aid growth.

Nevertheless, the additional funding required is not at all substantial in the context of an aid budget of approximately $4 billion. We suggest that it could be realised in two principal ways.

First, the share of the aid program allocated to tertiary scholarships at Australian institutions could be reduced somewhat. Even if not reduced to the level that prevailed around 2010, which was 5-6%, a cut of about one percentage point to about 7.5% could yield savings of some $50 million per annum. Any such cut would preferably target short-term awards which, despite offering dubious development benefits, have come to dominate over long-term awards.

Second, the government could lock up rather less money in country programs by shifting toward a thematically-based approach to aid allocation for all but the most aid-dependent countries.[6] Enacted aggressively enough, this shift could free up more, perhaps much more, than $100 million per annum. Even enacted conservatively, it should be able to free up at least half of that amount.

We indicate a further five areas in which Australia could and should do much more under a scenario of significant aid growth, possibly combined with aggressive implementation of the two savings strategies just outlined. We take it for granted that assistance for health and education, and related sub-sectors like disability, would rise under any such scenario. Our emphasis here is on important areas at risk of remaining underfunded.[7]

Admittedly, making all the moves suggested here would be difficult. But we believe each individual move deserves at least serious consideration, and that some might very easily be made even if the 2017-18 budget envelope turns out to be in line with our more constrained budget scenario.

[1] Robin Davies recommended, in his contribution to the Development Policy Centre’s February 2017 submission to the government’s foreign policy White Paper process, that aid be increased to 0.3% of GNI by 2020.

[2] This requires an analysis of data from the OECD’s Creditor Reporting System (CRS), which collects data at the level of individual aid activities.

[3] The number of detailed CRS sector categories excluded by the application of the non-triviality criterion is 126. Only 10% of Australia’s aid fell into the excluded sectors over the ten years to 2015.

[5] In the context of the 2016 federal election, the government announced its intention to establish a $100 million ‘regional health security partnership fund’ which would ‘harness Australia’s world leading research institutions, scientific expertise, innovators and entrepreneurs to improve health outcomes in our part of the world’. This has not yet seen the light of day. Presumably it will move forward in 2017-18 but it is unclear to what extent it will fund research as distinct from surveillance, containment, the provision of existing drugs and diagnostics and the general strengthening of health systems.

[6] As proposed by Robin Davies in his contribution to the Development Policy Centre’s submission to the government’s foreign policy white paper process (linked at note 1).

[7] We do not here discuss options likely to be viewed as inconsistent with the wider policy framework of the current government. For example, we do not include the option of expanding support for activities relating to the rights and conditions of workers in the Asia-Pacific, though we do believe more should be done in that area. It is a political reality that no such expansion is likely at present.