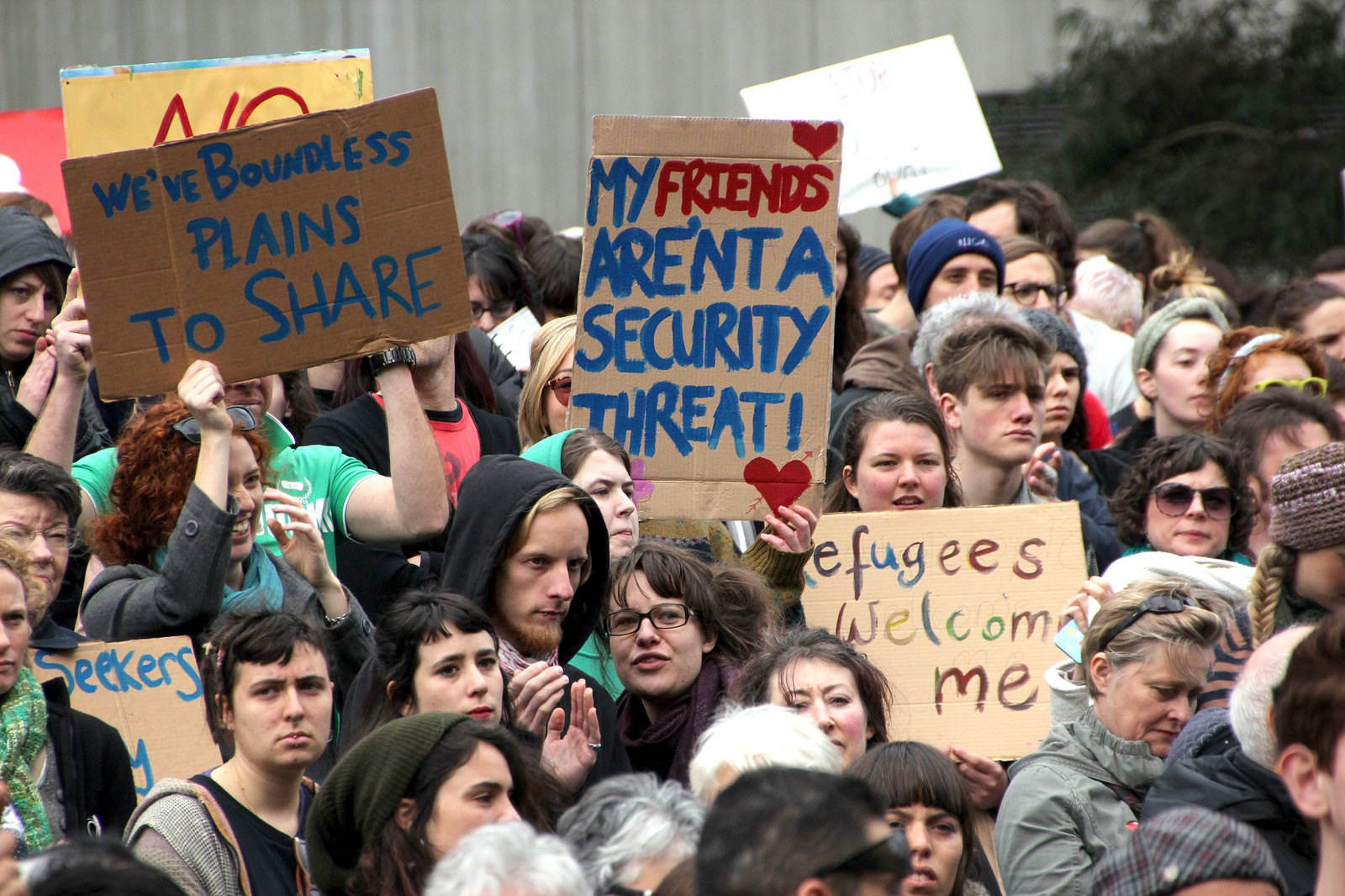 It’s tempting to hide behind numbers when you’re making excuses for inaction. Australia has become adept at it.

The world has 65 million displaced people. Many are stuck between homes they can never return to and countries who can’t support them long-term.

When confronted with this global crisis, Australia has one number that makes us look impressive: we accept the third largest number of refugees for formal resettlement each year – an expected 18,750 people in 2018. But our resettlement numbers pale in comparison to countries like Lebanon that neighbour conflict zones; Lebanon’s population today is 20 per cent refugees.

Globally, developing nations – who have financial and security struggles of their own – host 84 per cent of the world’s refugees.

Wealthy nations should be doing far more to support displaced people globally. This was recognised by UN member states in the September 2016 New York Declaration, which committed all countries to finding a fairer way to manage population flows and better share the responsibility for humanitarian and migration crises.

In the follow up to the Declaration, UNHCR was charged with developing a Global Compact on Refugees. Countries are now negotiating the content of the Compact, which will be finalised in July. A similar process is underway to develop a Global Compact on Migration.

Australia must stop hiding behind our resettlement intake, and make meaningful commitments to do our fair share. Below are five concrete actions the Australian Government can take in the global compacts process to step up to the refugee challenge:

Australia should develop a whole-of-government program of action in follow up to the global compacts. As a starting point for this program, Australia should bring its refugee resettlement quota back up to its previous level of 20,000 places, and then incrementally work to double it in the next five years. The UN Refugee Agency estimates that 1.2 million refugees need resettlement. But in 2016 only 125,000 refugees were resettled globally.

Resettlement is only one half of the equation though. Australia also needs to give more money for humanitarian aid and development. In recent years, Australia’s aid budget has dropped to a historic low of .22 per cent of the Gross National Income (GNI). To be a true leader, Australia should commit to bringing its aid budget back to .33 percent of GNI over the next six years.

Some regions have already made great strides in forced migration policy, and have established mechanisms supporting durable regional solutions.

The Asia Pacific hosts an estimated 7.7 million displaced and stateless people, and has the highest levels of new displacement from disasters of any region in the world. While the Bali Process has been an important achievement, it is not designed or equipped to meaningfully tackle the issue of durable solutions for forced displacement, and nor does it cover all the Asia Pacific states.

In a region with such high levels of forced displacement and migration, it is essential that there be a regional mechanism that specifically addresses these issues.

Australia should lead the way, and help establish such a mechanism. The region could use the new forum to agree on guidelines and principles for the management of forced displacement in the region, and on the types of actions that will be taken in response to pre-identified displacement- or migration-related triggers.

Australia has supported children and other at-risk individuals through initiatives like the Unaccompanied Humanitarian Minors program, and through our pledges at the UN Human Rights Council. In its Global Compacts position paper, Australia has likewise already broadly committed to ensuring that responses “recognise the specific needs of those with a heightened risk of vulnerability”. We now need to put these words into action.

As a first step, Australia should advocate for best interests of the child and children’s rights to be made central to all aspects of the two compacts. The Initiative on Child Rights in the Global Compacts, a group of 30 leading humanitarian organisations, have made a series of valuable recommendations on how child protection can be ensured in the compacts.

Equally importantly, Australia should place children and vulnerable groups at the core of its own domestic program of action, and should urge other states to do the same. Australia could commit to increasing aid funding for education and child protection programming in humanitarian emergencies, accepting more unaccompanied and separated minors through its humanitarian intake, or to providing lessons learned for other states on child-specific entry pathways.

Achieving more equitable responsibility-sharing will require major investment from all countries, not just those neighbouring refugees’ countries of origin. The United States’ decision to more than halve its refugee intake, from a 2017 ceiling of 110,000 to only 45,000, is a serious backward step, particularly as the US was responsible for 51 percent of global resettlement.

Australia must increase its own resettlement commitments and urge other countries to do the same. General statements of support are not enough – Australia must push other governments to make concrete, actionable pledges to increase their resettlement quotas. Country-to-country advocacy on this issue would add a powerful voice to this process. The proposal for a Global Refugee Summit in the first draft of the Refugee Compact is a welcome step, and Australia should advocate for this to be retained.

A glaring gap in the current global compacts is the issue of internally displaced persons (IDPs). There are nearly twice as many IDPs as there are refugees globally, and regrettably, today’s IDPs often become tomorrow’s refugees.

This year marks the 20-year anniversary of the Guiding Principles on Internal Displacement, but only 29 countries have adopted a law or policy protecting the rights of IDPs. Of these 29 countries, only one – Indonesia – is in the Indo-Pacific region. If Australia is serious about the commitments in its Global Compacts position paper to supporting displaced people “as close to home as possible,” encouraging states to enact legislation that protects IDPs could be an important first step. Australia should develop its own law or policy on internal displacement and support other countries in the region to do the same.

There has never been a more critical time for the Government to step out of the shadows of its rhetoric, and act for positive change for the world’s most vulnerable people. The global compacts present an important opportunity, and the Government should seize this chance to take meaningful action.