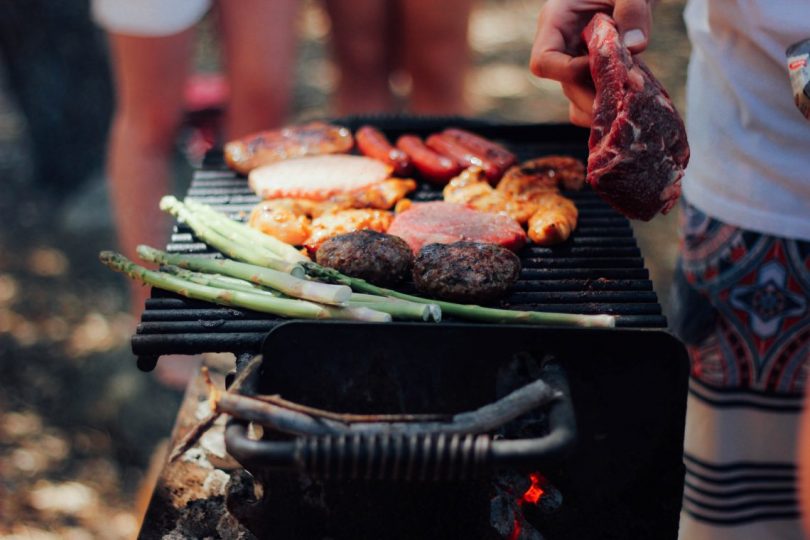 Not long ago, as a result of the PhD process, a friend of mine found himself cranking a pushbike around for a food delivery company. Asked about it, he said it was cold and poorly paid, but that what really surprised him was the number of people who couldn’t bear to look at him.

‘Just leave it at the door,’ he would be curtly instructed, and rarely even a tip, although the app allowed people to give one at the push of a button.

This was pre-pandemic, so a misanthropic rather than a virus thing. They wanted a family-sized Hawaiian pizza or Korean fried chicken with kimchi fries, but not human contact, or the merest hint that their meal hadn’t appeared there by magic. Dinner gobbled with nary a moment of reflection. Distasteful. Not literally.

Although no one says it out loud, the command ‘just leave it at the supermarket’ is an accurate enough way of describing what happens at the pointy end of commercial agriculture in 2020 – a system that allows us all to benefit from ‘food as if by magic’, the product of ecological and human processes that, though not always benign, the ‘better-off’ never need to see. True, there is an inevitability to this, but this does not mean that we should not recognise its risks. People who work out of sight and out of mind are more vulnerable than those who don’t, and even during ordinary times, a society concerned with the conditions of those that feed it is more ethical that one that is not.

Throughout this pandemic, while many of us have ‘sheltered in place’, agricultural workers have stayed on the job. For the approximately 8,000 that are here as part of the Seasonal Worker Programme (SWP) and the Pacific Labour Scheme (PLS), a public acknowledgement of their continuing efforts in keeping us fed throughout this crisis is not just the right thing do, but a gesture that will give Australia’s characterisation of its labour mobility programs as a partnership with our smaller neighbours much needed substance.

The SWP and PLS, as have been discussed extensively on this blog, seek to address both labour shortages in regional Australia and high unemployment across the Pacific. Farmers who wish to join the SWP are vetted for their ability to house, pay, and care for the workers, and then continue to be monitored for as long as they’re part of it. The evidence so far shows both programs are a success, but the system, predicated on borders being open and airline routes functional, is now being stress-tested in ways that no one imagined it would.

Generally speaking, it has held up well. Visas were extended to ensure that no one ended up staying in the country illegally. A pre-existing initiative intended to allow workers to transfer between Approved Employers was scaled up to keep underemployment at a minimum. It hasn’t all been smooth sailing bureaucratically, but it hasn’t been totally disastrous either.

All this said, workers who expected to be here for five or six months are stuck until border restrictions ease or special arrangements are made for their repatriation. Everyone has reacted differently. One acquaintance is relishing the chance to save money and see more of the country. Facebook posts of his voyage from strawberries to broccoli include photos of their cabin on the Spirit of Tasmania and a video of him being swarmed by colourful/hungry parrots at a caravan park in Queensland. Another is happy to stay put near Bairnsdale, but finds the winter miserable, his housemates tiresome, work boring and talking to his family through a phone getting old.

Even some of those who expected to stay for years as part of the PLS have found it hard going. At an abattoir in Warrnambool, my friend Pedro is looked to – by dint of his age, temperament, and status as a veteran of similar work in the UK – as a leader by 45 anxious younger compatriots. Pedro was paying for his sister’s chemotherapy. When he could, he personally accompanied her from Dili to Kuala Lumpur to undergo treatment. She died back in Timor Leste, not long after all the borders shut, and there was just no way he could return to say goodbye. His reaction was stoic. He knew a lot of people were relying on him being strong. But his sacrifice should not be ignored. People like him are why we still have access to affordable sausages and berries while we were/are in lockdown. A gesture of appreciation is in order.

What would such a gesture look like? It need not be expensive. A commemorative medallion (‘SWP 2020, Australia says thanks’)? A worker delegation invited for afternoon tea with the Governor General? A video from the PM posted on Facebook? Just ideas. What is undeniable is that some sort of acknowledgement is an imperative. Pacific workers have helped feed us throughout this crisis and we will be a lesser nation if we ignore that.