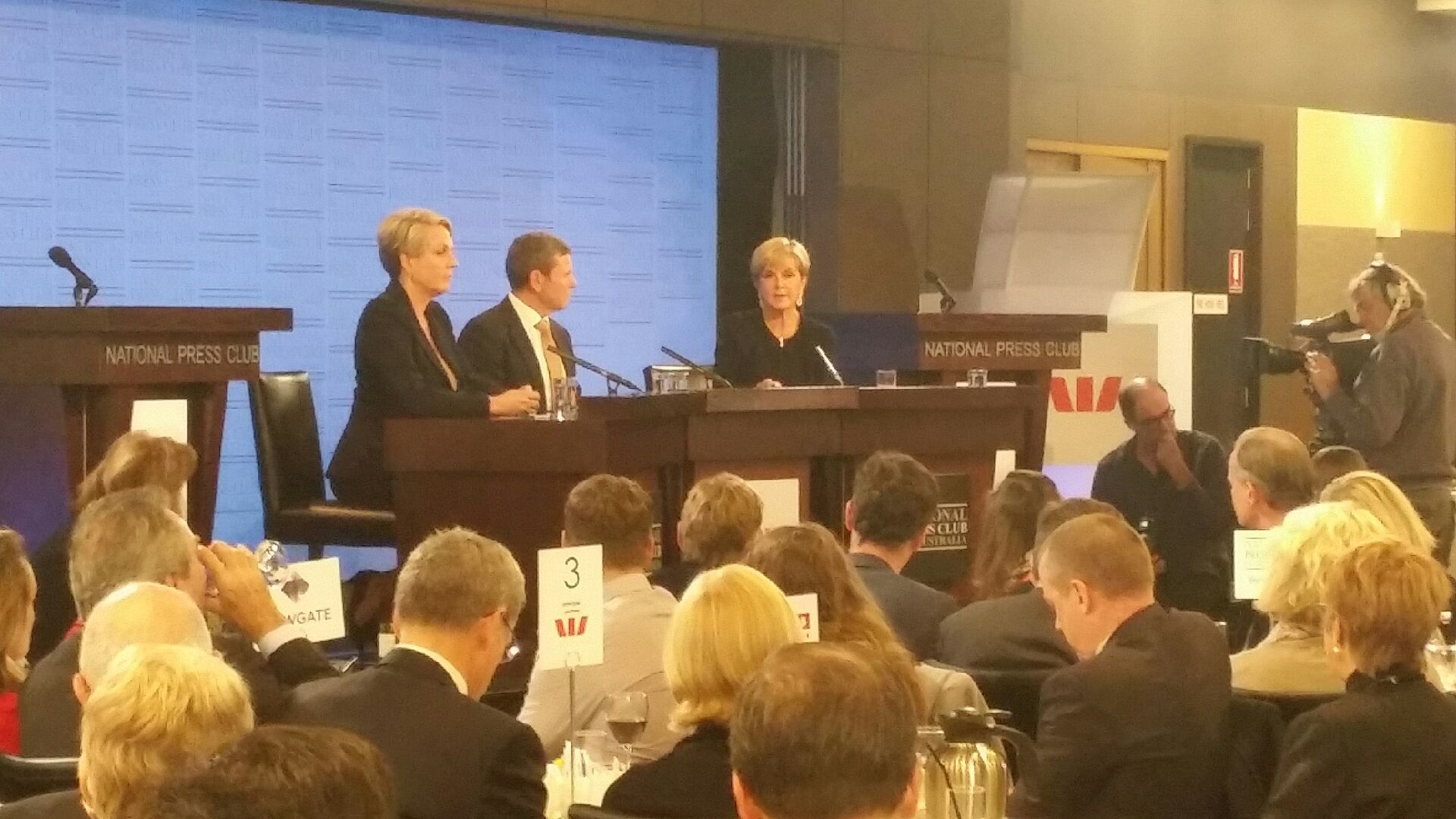 It’s a rare day when foreign aid is a prominent election issue. It was therefore refreshing to see it receive so much attention in the Deputy Leaders’ debate, a debate that was dominated almost exclusively by foreign policy. Of the ten questions posed by a panel of distinguished journalists, two were directly related to the aid program. Another two, on Nauru and foreign policy differences between the parties, led the deputy leaders of both major parties to discuss foreign aid in some depth.

Although not an issue that commonly features in elections, the discussion of foreign aid as part of the Deputy Leaders’ debate shouldn’t come as a complete surprise. This is, after all, one of the big areas of difference between the major parties on foreign policy, with bipartisan support in most other areas, including the three pillars of Australia’s foreign policy (the US Alliance, commitment to the multilateral system, and Australia’s focus on the Indo-Pacific). Despite the best efforts of journalists, the responses of Bishop and Plibersek to other questions were remarkably similar to one another, whether those questions concerned freedom of navigation in the South China Sea, support for rebel groups fighting ISIS, Donald Trump, or military involvement in Afghanistan.

Aid was the big standout, although even here the commitments and policies both parties are taking to the election were made to appear more different than they are in reality. The respective arguments in relation to aid can be summed up as follows:

Julie Bishop reiterated the arguments she has been making since the last election – that the Coalition is delivering an efficient, effective, and innovative aid program in our region, with a focus on economic development, women’s empowerment, and “unleashing the power of the private sector”. There were few specifics – several mentions of the innovationXchange, but no discussion of what it has actually done (the one exception is use of drone technology in disaster relief efforts). Although not aid-funded, the New Colombo Plan was also mentioned at every opportunity.

Tanya Plibersek’s comments were firmly focused on the Coalition’s cuts to the aid program. She stressed on several occasions the $13.2 billion taken from the aid program (without mentioning this was projected spending, unlikely to be met by the ALP had it continued in office). She also reiterated Labor’s commitment to reverse the latest $224 million cut, and increase the foreign aid budget by $800 million over four years (a figure that Robin Davies has shown is likely to involve no additional increase after 2016-17, when considered in real terms).

Bishop made a number of points in response. She highlighted Labor’s announcement that it will abolish the innovationXchange. She argued that what matters is aid effectiveness – in response to a question on the 0.5% target, she said that it “is just a formula, it doesn’t mean better outcomes”. And she reiterated the Coalition line that her government had inherited a “trashed budget”, which had meant that “all agencies had to take cuts”, including the aid program.

These arguments were hardly convincing. The different records of Labor and the Coalition on aid spending in recent years are clear – Plibersek was able to point out that the foreign aid budget was 0.35% of Gross National Income under Labor, but has since fallen to 0.22%, its lowest level since Australia began providing aid. The aid effectiveness argument was not refuted, but sounded partial to say the least. Yes, everyone agrees that effectiveness matters. But surely the quantity of aid provided also affects outcomes? Plibersek quibbled regarding the Coalition’s claims to fiscal restraint. She might have pointed out that while the aid budget has been cut by 33%, spending across government has increased 10%.

But Plibersek’s criticism of the aid cuts was not followed by any substantive commitment from Labor to reverse those cuts (the $224 million reversal is relatively minor when compared to the decline in foreign aid spending overseen by the Coalition). When pressed, neither leader was willing to outline a path to increasing aid to 0.5% of GNI. Bishop said that “it’s an aspiration, it always has been” (which is not entirely true, both the Coalition and Labor previously had a firm timetable in place). Plibersek was similarly vague: “it’s our long-term goal”. When Sky News followed by asking “By when?” Plibersek responded: “No time soon. The cuts are so deep, the damage so great, it will take time to repair.”

So no mention from Labor of a scale-up of aid in line with what it was delivering when in government (albeit with delays). No mention of a separate AusAID either – it appears the integrated structure in DFAT is here to stay.

The most interesting remarks of the day came from Tanya Plibersek and concerned “problems without passports” (or global public ‘bads’). She stressed the rise of such problems at numerous times in the debate – problems like climate change, global health pandemics, displaced persons and the rise of non-state actors like ISIS. These were used to highlight Labor’s climate change commitments and the $450m in funding for the UNHCR that it has flagged. What was interesting about this discussion was Plibersek’s clear commitment to address these issues through the aid program. The term “problems without passports” was mentioned on at least three occasions. It was a window to the future direction of Australian aid, should Labor be elected.

There were of course other issues that were discussed. There were a few passing mentions of “Jobs and Growth”, which, depending on your perspective, are delivered by (a) free trade deals and tax cuts, or (b) education and health spending. But primarily, this was a foreign policy debate, and aid took centre stage. As a supporter of aid, it was both refreshing and, to be honest, a little demoralising. Refreshing to see leaders discussing foreign aid in an election in which the greatest cuts to the aid budget in Australia’s history have been largely absent from the public stage. Demoralising due to the limited commitment either side of politics has made to return the aid program to its former size.