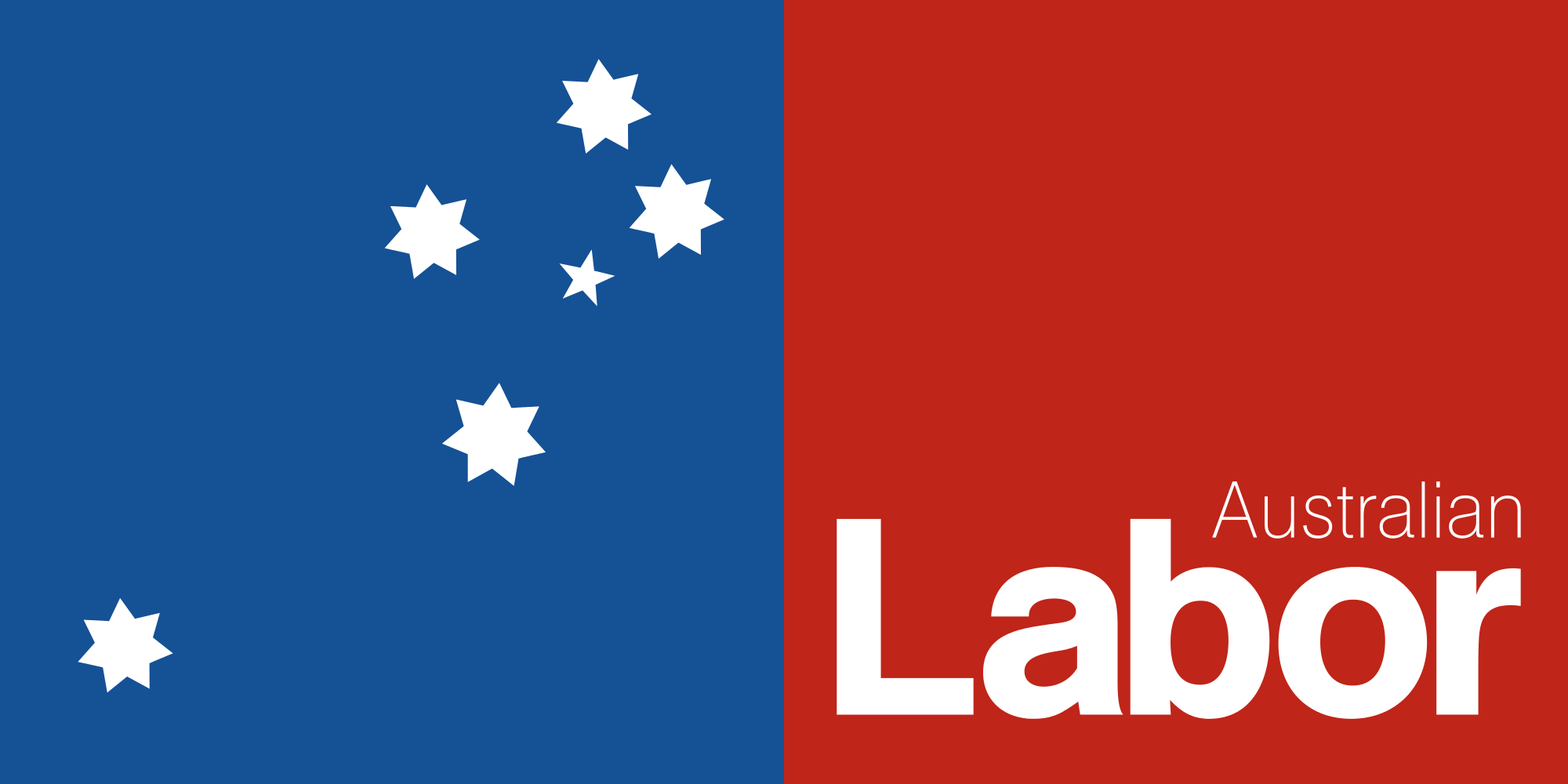 On 21 May, Tanya Plibersek, Shadow Minister for Foreign Affairs and International Development, pledged that Labor would add $224 million to Australia’s aid budget immediately — that is, within the 2016–17 financial year — if elected to govern on 2 July. If honoured, this would restore aid to the $4 billion level budgeted by the Coalition in 2015–16, which was more than 20% below the level of the previous year.

While Plibersek acknowledged that the promised increase would only ‘help start rebuilding’ Australia’s aid program, it is significant. Even allowing for the free-wheeling ways of opposition, it’s no easy matter to get internal party agreement on a major spending measure of this kind, with multi-year implications, in the course of an election campaign — at least when such measures are seriously intended. We can safely assume that the announcement was the result of considerable debate and horse-trading within the shadow ministry.

Plibersek’s statement reiterated two previously announced aid spending commitments. The first is to allocate $450 million over three years to the UN Refugee Agency (UNHCR), which is asserted to be enough to place us among the top five global contributors (actually, as can be seen here, it would have placed us seventh in 2015, or sixth if the European Commission is excluded). The second is to provide $40 million to Australian NGOs for project funding ($30 million) and research on development effectiveness ($10 million, some of which might in fact flow to organisations other than NGOs).

So far, so good. But what about the medium-term? Plibersek goes on to say something fairly vague on this point:

Over the next four years, Labor will provide around $800 million more for overseas aid than the Liberals.

Clearly, Labor is not ready to set a new, time-bound target for aid as a proportion of Gross National Income. But nor, it seems, is Labor ready to state whether aid will be maintained in real terms at the level of $4 billion which it has pledged to deliver in 2016–17.

Maintaining aid at $4 billion in real terms would require a total increase, relative to the Coalition’s present commitments, of $928 million from this year to 2019–20 (that’s the orange line on the chart below). ‘Around $800 million’ presumably does not mean $928 million. More likely, it means ‘$224 million this year and then $200 million on top of the Coalition’s forward estimates each year thereafter’. That interpretation (corresponding to the yellow line on the chart) would entail a four-year cost of $824 million, which is consistent with Plibersek’s statement above. That’s still very close to a same-real trajectory, indeed so close that one wonders why Labor didn’t simply opt for a more communicable same-real pledge. 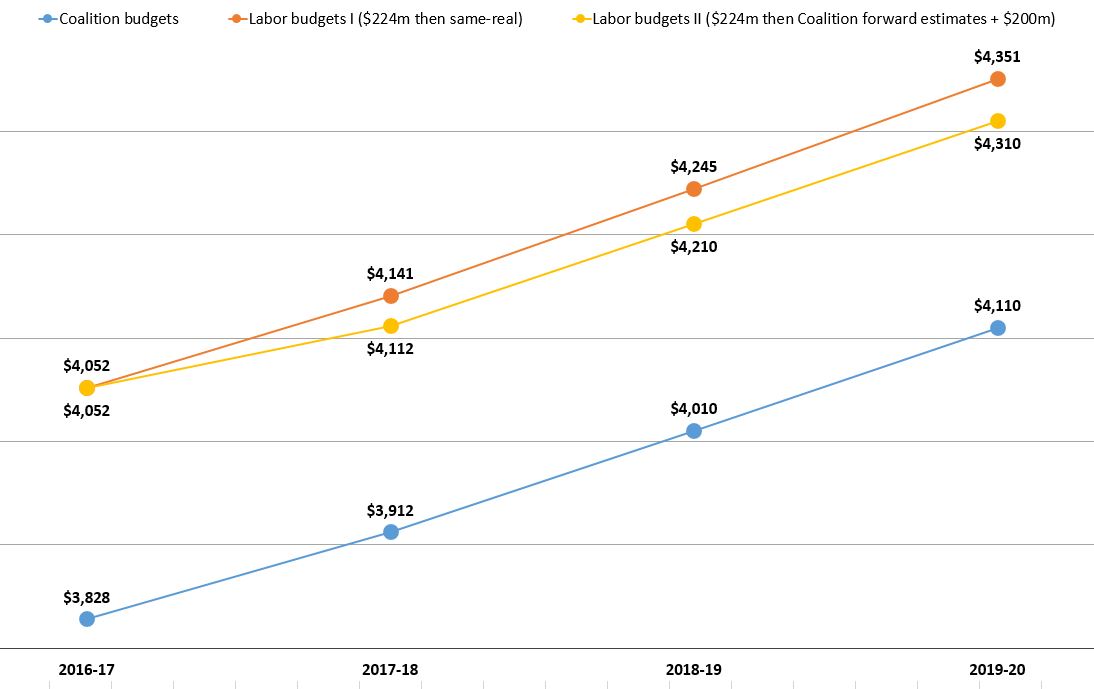 A curmudgeonly but not unfair reaction to Labor’s announcement is that it might have carried a different headline. Rather than, ‘Labor acts to protect critical overseas aid projects’, it might have been headed, ‘Labor caps Australia’s aid budget at its 2015–16 level for four years’. Nevertheless, even if the increase pledged for this year is not to be followed by any others, isn’t it true that Labor’s funding announcement snatches $224 million worth of life-saving aid projects from the jaws of impending doom?

Well, not exactly. The Coalition’s cuts in 2016–17, unlike the much larger ones in the previous year, will have essentially no impact on country and NGO programs. They were achieved by deferring multilateral payment obligations, in other words by buying time. A restoration of the $224 million this year and the pursuit of either of the two trajectories above (orange or yellow) would, in principle, allow those payment obligations to be met within the present financial year, according to original payment schedules, without inflicting further pain on country programs at some future point in time. That’s important but the pain was not impending.

Why ‘in principle’? Because more than a little pain is actually still on the horizon, whoever wins.

Labor’s two announced spending initiatives total $190 million per annum. The $40 million in funding for NGOs is explicitly additional to current NGO funding levels; the $150 million in annual funding for UNHCR would undoubtedly incorporate business-as-usual support. A look at UNHCR’s detailed data on donor contributions indicates that the average level of Australia’s annual funding for UNHCR over the three years from 2013 to 2015 was, at the exchange rate that prevailed in 2015, about $70 million. (Core funding shown in DFAT’s budget documentation is much less than this, at only $20 million). So Labor’s pledge is effectively to double funding to UNHCR over the next three years, or more precisely to increase it by $80 million per annum.

The total additional cost of the two funding commitments, therefore, would be around $120 million per annum. If Labor’s goal is, as it seems, to maintain a program of the same size and broad composition as Australia’s 2015–16 aid program (that is, the program that existed prior to the latest cuts), then it needs to allocate all its additional funding to the program as it is, subject to some fiddling around the edges with individual funds and programs. But, owing to the new spending measures, it has only $80 million of new money at its disposal for ongoing bilateral and multilateral programs. The cost of the new measures will have to be subtracted either from country programs (that is, from ‘critical projects delivering maternal and child health, schooling, clean water and sanitation’) or from the more discretionary multilateral programs, which of course also support plenty of critical projects.

In sum, Plibersek’s announcement is reasonably viewed as an achievement in the short-term. When one considers the medium-term, it is less impressive. And, given Labor’s new spending commitments, the additional funding will not in fact be enough to protect existing programs from future cuts.