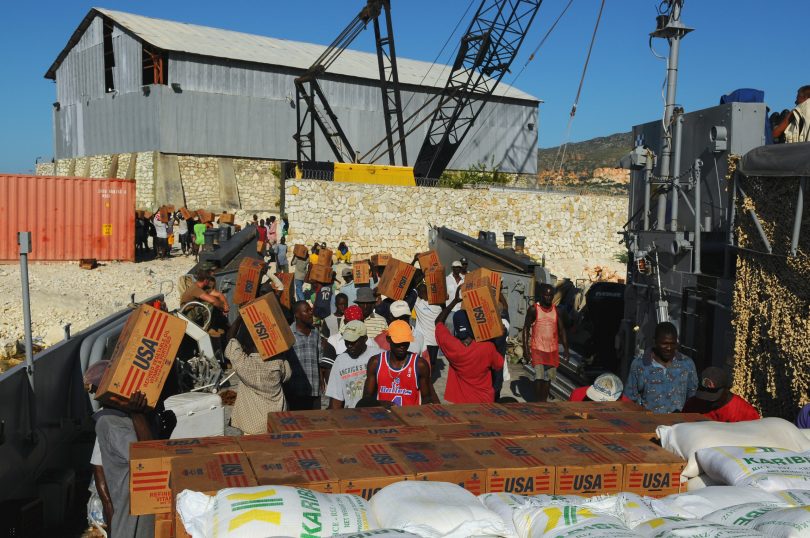 The size of foreign aid provided to underdeveloped countries continues to grow, and donor countries frequently employ economic assistance as a means of achieving their foreign policy goals, demanding certain policy concessions from recipient countries. The failure of recipient countries to make such policy concessions in turn leads to the suspension of economic assistance. Withdrawing foreign aid appears a useful strategy for donor countries to accomplish their foreign policy goals.

In my article, “Do sanction types affect the duration of economic sanctions? The case of foreign aid,” I estimate the effect of foreign aid sanctions on the timing of target governments’ capitulation. The data on sanctions instruments and the timing of target capitulations are gathered from the Threats and Imposition of Economic Sanctions (TIES) dataset. The results suggest that the probability that target governments acquiesce to economic sanctions is about four to five times higher when foreign aid suspension is employed than when other types of sanctions instruments are used, such as trade restrictions or asset freezes. I argue that these non-aid type sanctions affect the overall economy of target states and that their costs are not concentrated on the crucial regime supporters, but distributed to a wide range of domestic groups. Accordingly, the coercive effect of aid suspension is greater than other types of sanctions. However, this coercive advantage of foreign aid sanctions disappears after approximately two and half years.

It is puzzling that foreign aid tends to be distributed more to rich elites and regime supporters rather than to the needy in recipient countries. One notable purpose of foreign aid is to help poor underdeveloped countries achieve higher living standards and to assist poor people in these countries to rise out of poverty. The fundamental assumption underlying this statement is that foreign aid effectively targets the poor in recipient countries. Unfortunately, however, scholars in political science and economics have consistently shown that this is not the case.

Recipient governments often redirect foreign aid away from its intended purposes for political benefit. The case of Malawi clearly shows how recipient governments transfer foreign economic assistance to strengthen their political support base. Hastings Banda and his Malawi Congress Party (MCP) ruled the country for about 30 years until he lost the country’s first multi-party election in 1993. Foreign economic assistance from Western donors enabled Banda and the MCP to extensively employ patronage politics to maintain their political support base. The Banda regime spent money from economic assistance on providing loyal political elites with low-interest loans to monopolise the most profitable crops. State-led rural development projects were also concentrated on his support bases. Yet, in the early 1990s, foreign aid flow from Western donors dropped by approximately 23 per cent to coerce Banda to accept democratisation. As a result, Banda’s resource pool for buying domestic support suffered greatly, and he swiftly capitulated to the Western aid sanctions.

However, it should be noted that capitulation to aid sanctions is not the only available option for target governments to protect their elites and support bases. Target governments may also employ non-compliant measures. They can turn to a third-party country as an alternative aid donor. This aid-based sanctions busting often bring third-party donors strategic or economic benefits. For instance, the Soviet Union provided Cuba with economic assistance to help the Castro regime survive US sanctions. The Soviet could protect its ally, while defeating its rival’s foreign policy initiative. Third-party donors can also pursue economic benefits by requiring targets to hand over rights to develop their natural resources in return for economic assistance. Even if targets fail to find viable third-party donors, they can compensate for the losses of elites and regime supporters by redistributing properties of political out-groups to elites and regime supporters. Once target governments’ counter-sanction measures take effect, the coercive power of foreign aid sanctions will decrease. As a result, the coercive effect of foreign aid sanctions also disappears in the long-term.

Economic sanctions are a widely-used policy instrument to handle disputes with foreign countries. Hence, it is of crucial importance to design effective sanctions policies. Prolonged sanctions inflict economic costs on sanctioning states as well as targets, which compromise their effectiveness as a foreign policy instrument. I suggest that policy-makers consider employing foreign aid sanctions to expedite target government capitulation. As key elites and crucial regime supporters bear the lion’s share of aid sanction costs, suspension of foreign aid can significantly accelerate targets’ acquiescence. However, it should be noted that the accelerating effect of aid sanctions diminishes with target governments’ adjustment strategies. Thus, aid sanctions must be implemented quickly and decisively before targets find effective measures to evade sanctions costs. Reinforcing the coercive power of sanctions by gradually adding moderate measures only gives targets time for adjustment. Therefore, policymakers of sanctioning countries should seek to inflict major costs on targets immediately after sanctions are imposed.

Jin Mun Jeong is a PhD candidate in the Department of Political Science at the University of Missouri. His research interests are economic statecraft, foreign policy analysis, and human rights.