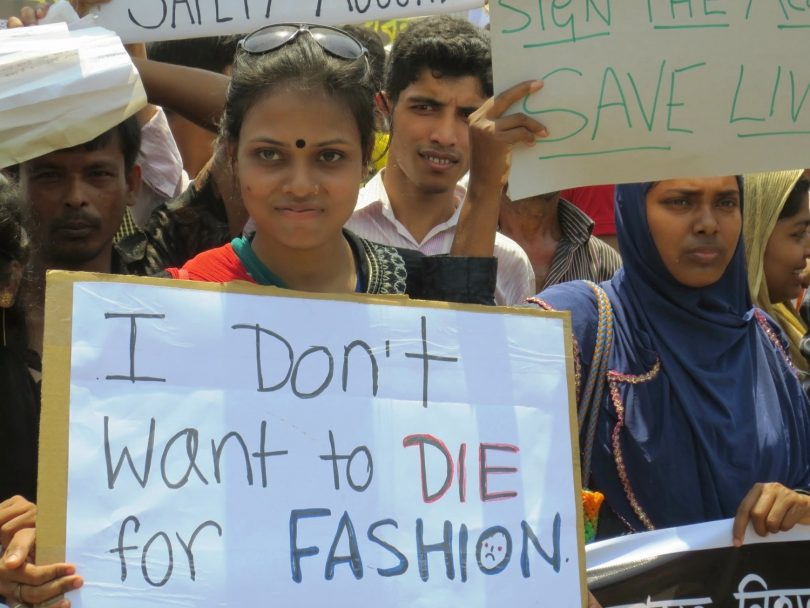 Workers and unions rallied on the one-year anniversary of the Rana Plaza collapse (Solidarity Center/Flickr/CC BY-ND 2.0)

A new World Bank report says that climate change could force over 140 million people to migrate within countries by 2050.

Can international NGOs help domestic counterparts in domestic advocacy? Here’s a summary of what Oxfam UK has learnt in its (enviably high quality) evaluations of their work in this area.

We need to resolve protracted conflicts to reduce food insecurity, according to the latest Global Report on Food Crises.

Five years after the Rana Plaza collapse in Bangladesh, workers are safer than ever before, but the initiatives that have ensured this are about to come to an end. Devex reports on the progress made and the challenges that still exist.

Deborah Bräutigam takes a tilt at the conventional wisdom about Chinese aid in Africa in the Washington Post.