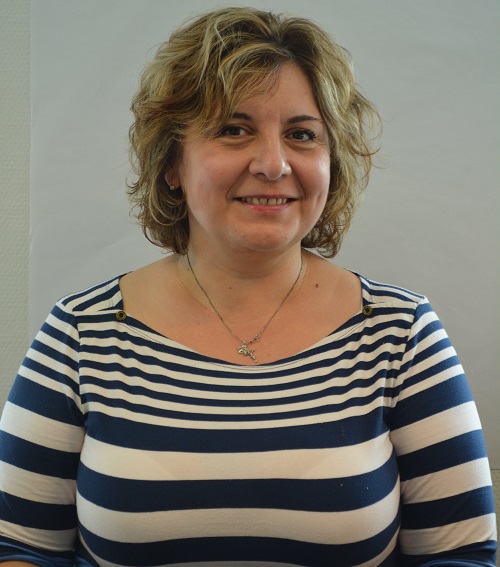 Dr Lucica Ditiu is the Executive Secretary of the Stop TB Partnership, a global partnership of more than 1,300 partners – ranging from multilaterals to community- and faith-based organisations – with a vision of ending tuberculosis (TB), hosted by UNOPS in Geneva. Lucica recently travelled to Australia for the Asia-Pacific meeting of the International Union Against TB & Lung Disease. Camilla Burkot caught up with her during her post-conference visit to Canberra to talk about funding for TB research, engaging politicians, and what the Stop TB Partnership is doing to combat TB stigma. You can listen to a podcast here, and download a full transcript here [pdf]. For a summary of their conversation, read on.

In a year that has seen deep cuts across the Australian aid budget, including to health portfolios, global health advocates were heartened on the eve of World TB Day in March by Julie Bishop’s commitment of further funding for TB: $10 million each to FIND and the TB Alliance over three years, to support the development of new TB drugs and diagnostics. I began by asking Lucica to enlighten me on some of the critical R&D gaps that this funding might help to close:

Across the global health space, new collaborative frameworks and innovative ways of working are now regarded as central to the development of treatments and diagnostic tools. This too is an area that the Stop TB Partnership is closely involved in:

Together with Médecins Sans Frontières (MSF), TB Alliance and The Union, we are having a conversation triggered by an idea from MSF of a ‘3P Project’, which is basically pushing the development of new molecules, pulling the efforts of different developers together, and then pushing and pulling the roll-out of this product in the field.

According to recent analysis by the Institute for Health Metrics and Evaluation (IHME), however, funding for TB globally has stagnated in recent years, and declined by as much as 10 per cent in 2014. Lucica elaborated that not only is this decline worrying, given the increasing TB burden (including drug-resistant forms), but equally if not more problematic is the heavy reliance on the Global Fund for support:

80 per cent of international financing for TB implementation is Global Fund. There is a little bit coming from the US government, and basically that is it. It’s not the same situation for the other diseases. For example HIV, the Global Fund funding is just 22 per cent, or something like this, which gives them the freedom to have other sources of funding – PEPFAR [President’s Emergency Plan for AIDS Relief] is obviously one of them. Malaria I think is 50 per cent Global Fund, but they also benefit from PMI [President’s Malaria Initiative] and other investment. In TB, it’s Global Fund; it’s the way in which the Global Fund is investing, or nothing else.

Of course, Lucica added, the quantity of domestic investment in TB is also significant, but needs to be carefully unpacked. While upper-middle and high income countries with high TB burdens are funding between 77–100 per cent of their TB budgets, among low income/high burden countries as little as 5 per cent of the TB budget is funded domestically, a trend that will become unsustainable in the long term:

Countries need to understand that even if you are a low income country you need to slowly start increasing your investments in TB, which goes hand-in-hand with investments in health.

Several of these low and lower-middle income countries are found in Asia. Having just come from a regional conference of The Union Against TB and Lung Disease in Sydney, I asked Lucica to share her impression of the big picture of the TB epidemic in the region:

But at the same time you have to have some hope. Some of the countries will very likely come up in the next official WHO report with an increased prevalence, but that is because they were wise to do a prevalence survey. So, we now have the data to know what we fight, and the hope is that, having better numbers, we are able to understand better what is going on.

Another reason for optimism is the level of political leadership on TB – increasing this has been one of Lucica’s main objectives since she joined the Stop TB Partnership. Political engagement with TB has gathered momentum since the launch of the Global TB Caucus of parliamentarians against TB last year:

Since then a lot of efforts were taken under the leadership of our colleagues from the RESULTS Network, and the Asia-Pacific is the first to establish a regional parliamentarian caucus for TB. That was launched on September 1, and I am very hopeful because there were parliamentarians from a wide range of countries in the region – pretty passionate. And I am also very hopeful because we have this audience to be able to speak about TB. We usually discuss drugs and combinations, and treatment regimens and diagnosis, and sputum; this time we have politicians around the table who are keen to help.

Finally, I asked Lucica to outline current thinking around combatting TB stigma and public advocacy. Acknowledging that people affected by TB have not always been present in discussions about it, Stop TB Partnership is now working to bring them into the conversation:

We very much encourage people affected by TB to be part of this discussion. We worked with the Global Coalition of TB Activists – a group of TB activists and affected people – and we did two things. First, we developed, together with the Global Fund, the first ever TB and TB/HIV gender assessment tool. Second, we will hold a meeting later this year on key affected populations, with patients – purely TB, MDR-TB, XDR-TB patients or survivors – to have them all together to discuss stigma and access, and what that means.

Beyond engaging directly with affected populations, raising awareness of TB amongst the general public is also critical to winning the fight against TB:

Every single drop counts, and I think the more people hear about TB, with 4,000 people every day dying because of this disease that is curable, and is cheap to cure – I think this is so unfair. So the more we can have people hearing about it, the better.

Camilla Burkot is a Research Officer at the Development Policy Centre. Lucica Ditiu is the Executive Secretary of the Stop TB Partnership.

Lucica Ditiu is the Executive Secretary of the Stop TB Partnership.