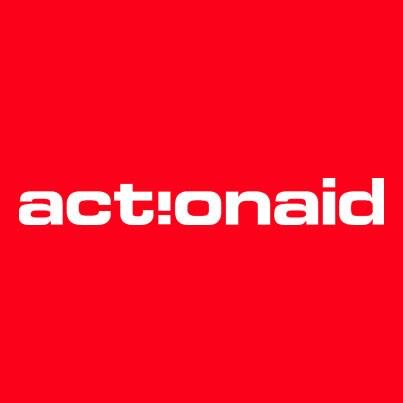 Global hunger is something that rarely makes headlines these days yet it remains a persistent and extremely large problem. According to the World Food Program, 827 million people in the world still do not have enough to eat.

It’s a problem that’s not going to go away if we don’t act now to address it. In fact, with the havoc that climate change continues to wreak – particularly on the world’s poorest – it’s likely to get a lot worse.

And yet there’s a simple solution that the world’s governments could implement that would dramatically reduce the 827 million people who go hungry every day. According to the UN Food and Agriculture Organisation, if we uphold, protect and invest in women’s rights, the number of hungry people in the world would be reduced by 12-17% or at least 100 million people.

There are 500 million smallholder farmers in the world and 2 billion people depend on them. They produce 80% of the food consumed in Asia and sub-Saharan Africa. They are the largest and most efficient contributors to the food security of many nations.

Women smallholders make up an average of 43% of the agricultural labour force yet women own only 1% cent of the land in Africa, receive only 1% of extension services and 1% of all agricultural credit. Clearly, the gender gap in agriculture is substantial.

There are multiple constraints and responsibilities on women smallholders. They are invisible to policy makers. Their unpaid farm work goes unrecognised – by communities, in traditional family structures and most critically, by all levels of government.

And of course, on top of their work as farmers, women bear a disproportionate burden of care and reproductive roles. They are deprived of access to markets, key assets and inputs. They are frequently excluded from decision-making.

Women are disproportionately impacted by poverty and hunger – including having significantly less access to education and health care facilities than men.

But women can be powerful drivers of change. It is our responsibility as the international community to ensure that women smallholders are adequately supported, and have their rights upheld and protected.

This is, of course, because women are entitled to their rights, and it is the duty of governments to ensure that they are accessible. But it is also an obvious and viable strategy for addressing global hunger sustainably.

The onus is on governments to ensure that agricultural policies recognise and empower women to have access to and control over land. Too often we see women denied their rights to the land that they need in order to produce food – either through land grabs or land disputes that have come about simply because women’s rights are not recognised by communities or upheld by governments.

If we are to support women smallholders adequately, we must ensure that women have access to gender appropriate farming inputs and to financial services – including social transfers. They must have access to clean water; appropriate extension services and training; and access to appropriate research, technology and marketing facilities.

ActionAid has completed research across three contexts – Cambodia, Uganda and Palestine – that shows that women are strengthening their livelihoods and being empowered through value chains. Women value economic empowerment beyond the income they generate – because economic empowerment is more than a question of money.

Increased income is a means for change as well as an end in itself. It can be a tool for changing power relations in their households and their communities. Having an independent income gives women more autonomy and can input into decision-making.

In Uganda, ActionAid has implemented a project called Women’s Rights in Agriculture, wherein women have been provided with collective access to pieces of land and provided with technical support and training on how to cultivate the land. From this, we have collected strong anecdotal evidence that shows that generating income through agricultural productivity has led in many instances to significant decreases in domestic violence: testament to the many benefits experienced by women as a result of economic empowerment.

Governments should develop regulatory frameworks with monitoring mechanisms that ensure women’s food rights are respected by the private sector. Women should be treated, empowered and respected as farmers in their own right.

So where does Australia stand in all of this? The Australian aid program has played a significant role in ensuring that smallholder farmers have their rights upheld. However, the future of the Australian aid program is in jeopardy. Massive cuts have been made to the aid budget, and African programs – which prioritised the rights of smallholder farmers – have seen the worst of these.

But beyond the cuts, more significant changes are set to be announced in the coming weeks. Julie Bishop has made precursory speeches indicating that announcements will be made that detail how the aid program will be used to invest in private sector engagement as a strategy for ensuring economic growth for the countries in our region.

Archie Law is Executive Director of ActionAid Australia. He is speaking in Brisbane on Monday/Tuesday as a participant of the Food for Growth event that will inform the meeting of G20 Agricultural Chief Scientists, the key G20 forum on agri-food science and policy, also in Brisbane Thursday/Friday.

Archie Law is the CEO of ActionAid Australia.