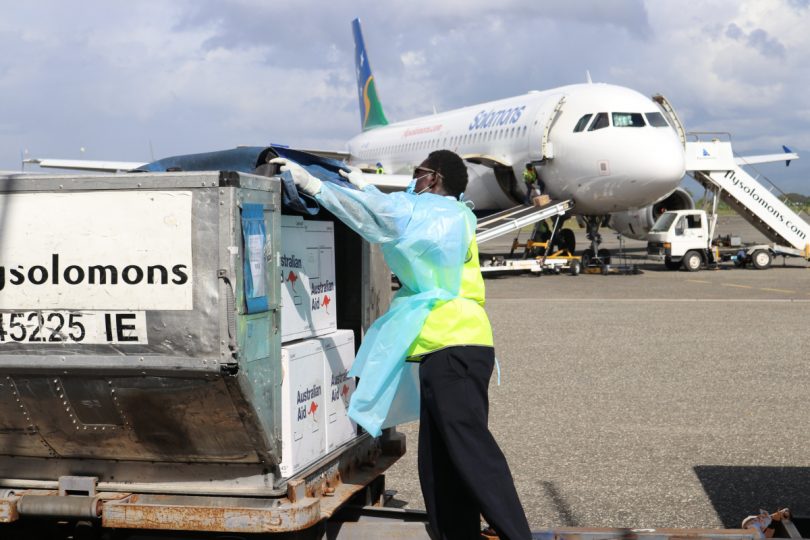 The 12 April release of the preliminary 2021 Official Development Assistance (ODA) statistics from the OECD’s Development Assistance Committee (DAC) showed that global aid grew for a second consecutive year. OECD ODA (or aid) reached a new record high of USD 179 billion with 23 of the 29 DAC country donors, including Australia, increasing aid in real terms in 2021. 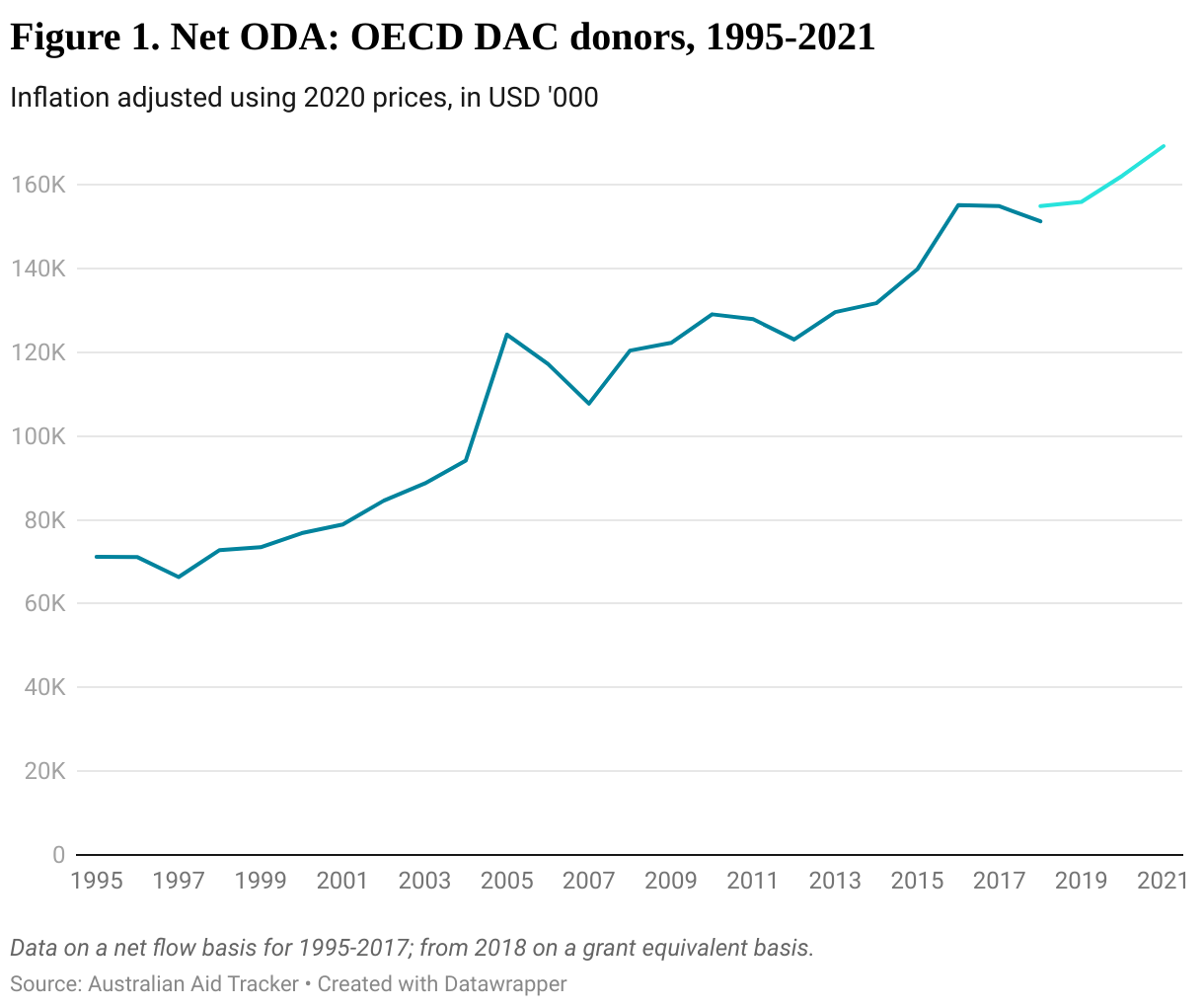 While these figures do not include aid from non-traditional donors such as China and the Gulf states, they do give an indication of the extent to which global aid flows are holding up against the backdrop of COVID-19 and rising poverty.

Nearly all of the increase in DAC aid came from the G7 members, with increases from Italy, Japan and the US more than offsetting the very large cut in aid (-21%) by the UK. The US remains the DAC’s largest donor in volume terms (USD 42 billion), followed by Germany (USD 32 billion), Japan (USD 18 billion), the United Kingdom (USD 16 billion), and France (USD 15 billion).

The OECD reports that Australia increased aid by 4.5% in real terms in 2021 (OECD reporting uses a calendar year). This reflects the Morrison Government’s decision to boost aid in the 2020-21 budget through a series of “temporary and targeted measures” focused on COVID-19 response in the Pacific and Southeast Asia. Reflecting these aid increases, as well as slower growth last year, Australia’s ODA/GNI increased to 0.22%, up from 0.21% in 2020. However, the latest budget figures show that for the Australian 2022-23 financial year, ODA/GNI will fall to 0.20%. 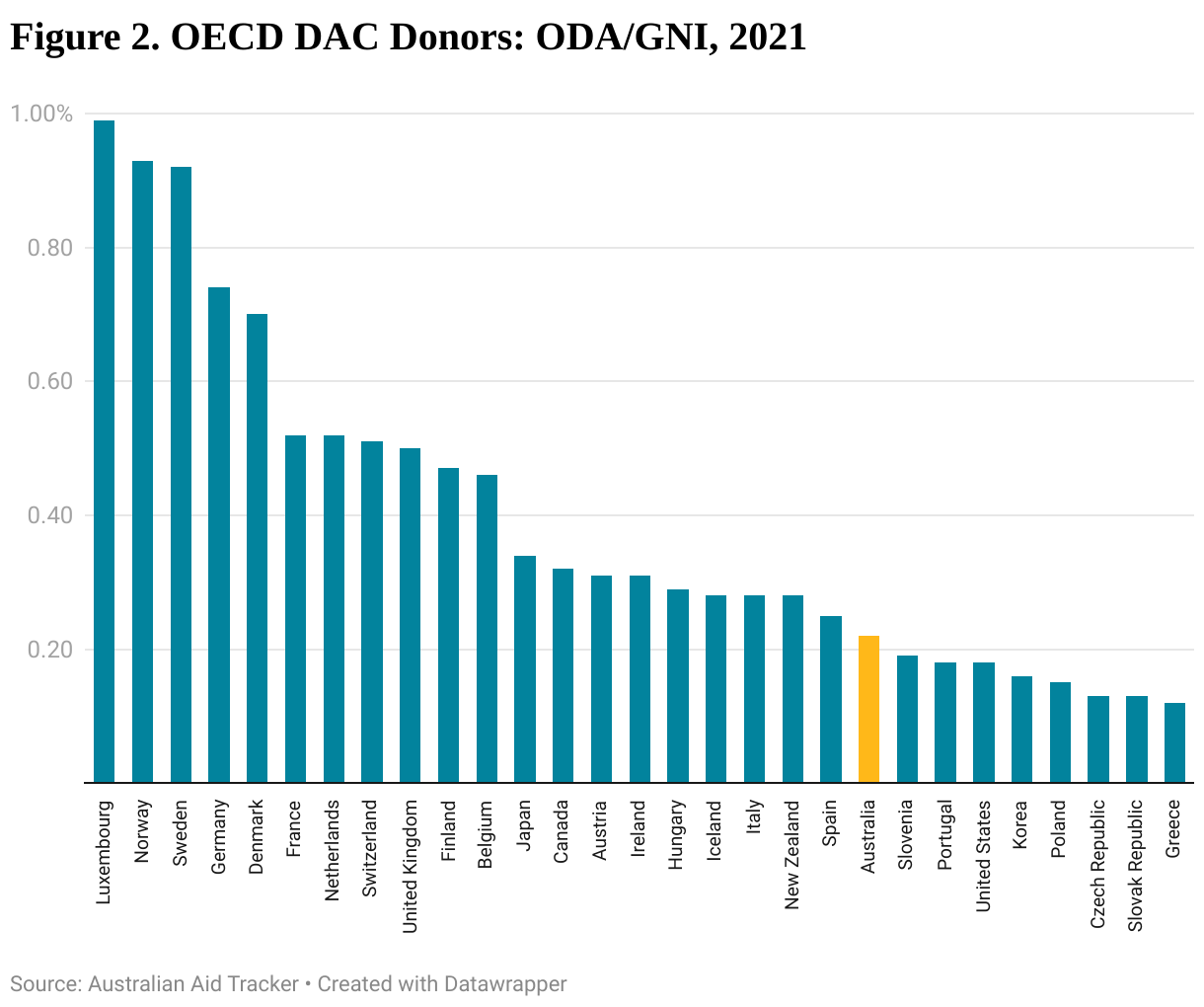 Australia has now spent its longest consecutive period below the DAC donor average since 1995 – seven years. Just getting back to the donor average would require significant (and successive) increases in aid spending. 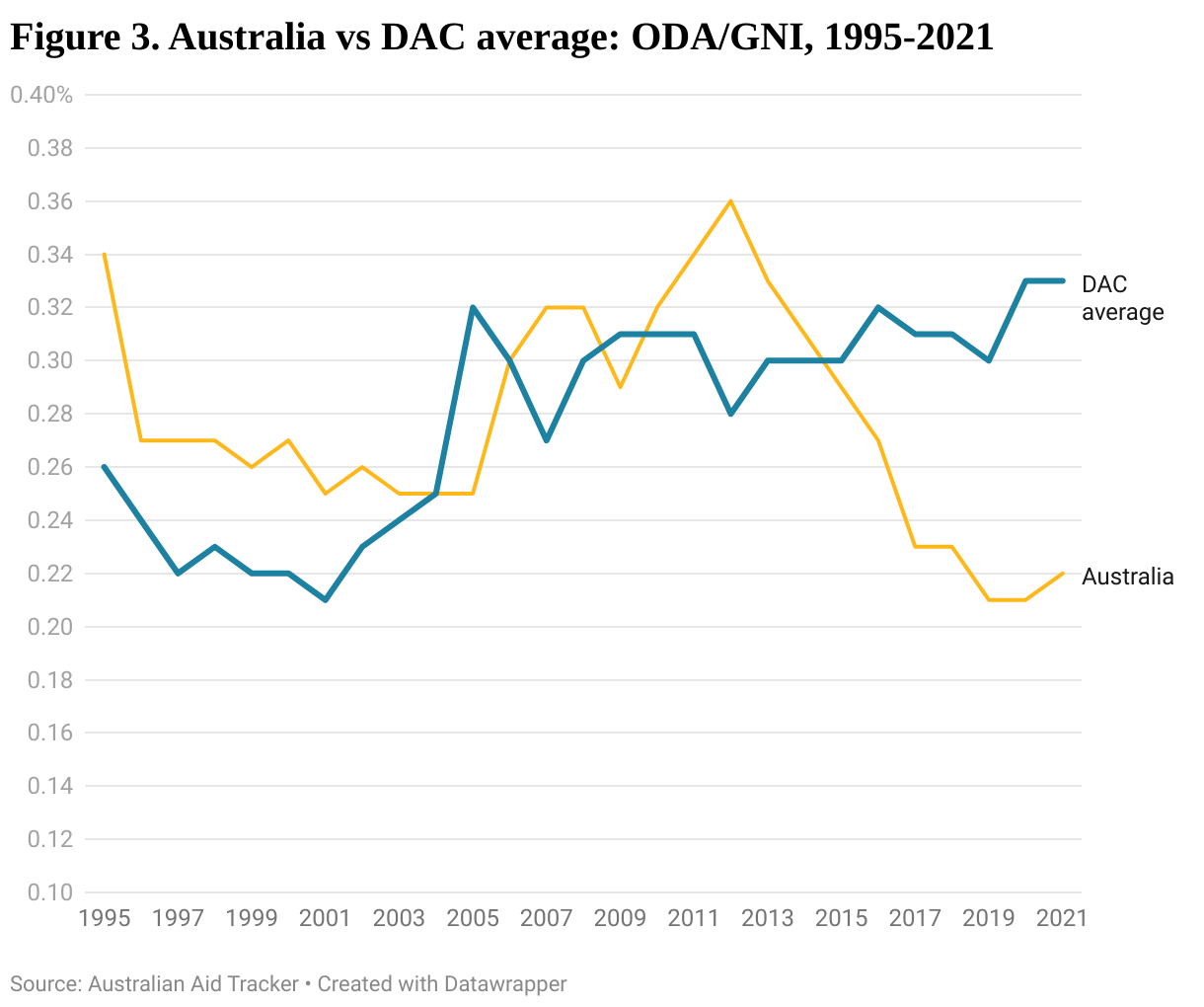 In terms of the ‘Five Eyes’ group of countries (Australia, US, UK, Canada and New Zealand), Australia has fallen from a close second (behind Canada) in 1995 to a more distant fourth. Even with the large temporary aid cut implemented by the Johnson Government, the UK still has an ODA/GNI ratio more than twice that of Australia. 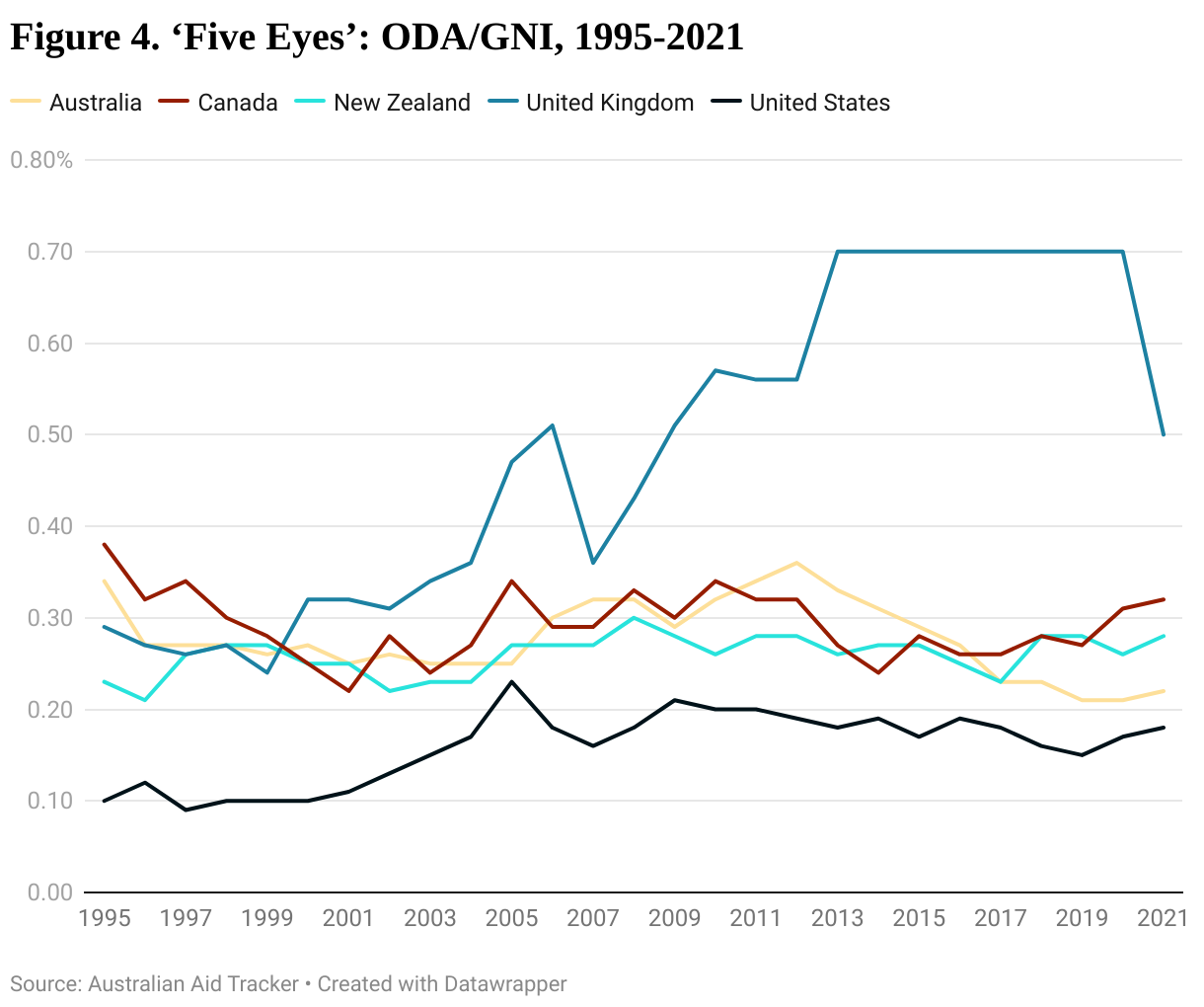 Australia risks having an ODA/GNI below that of the US for the first time if the future aid cuts included in the 2022-23 budget are enacted. These cuts are projected to see Australia fall to a new record low of 0.17% ODA/GNI in 2025-26.

As I have argued elsewhere, these figures are at odds with the current, stark assessments of Australia’s strategic circumstances. The world was arguably a more benign place in 1995 — still dominated by post-Cold War talk of the ‘East Asian Economic Miracle’, seemingly inexorable poverty reduction and inevitable globalisation. While Australia’s aid program has temporarily adjusted to the contemporary environment through its COVID-19 response, much bigger increases over a longer time horizon will be needed in the face of rising poverty, climate change and conflict.

The 2021 OECD aid data and background information can be found at:

The latest data has been uploaded onto the relevant sections of the Development Policy Centre’s Australian Aid Tracker.