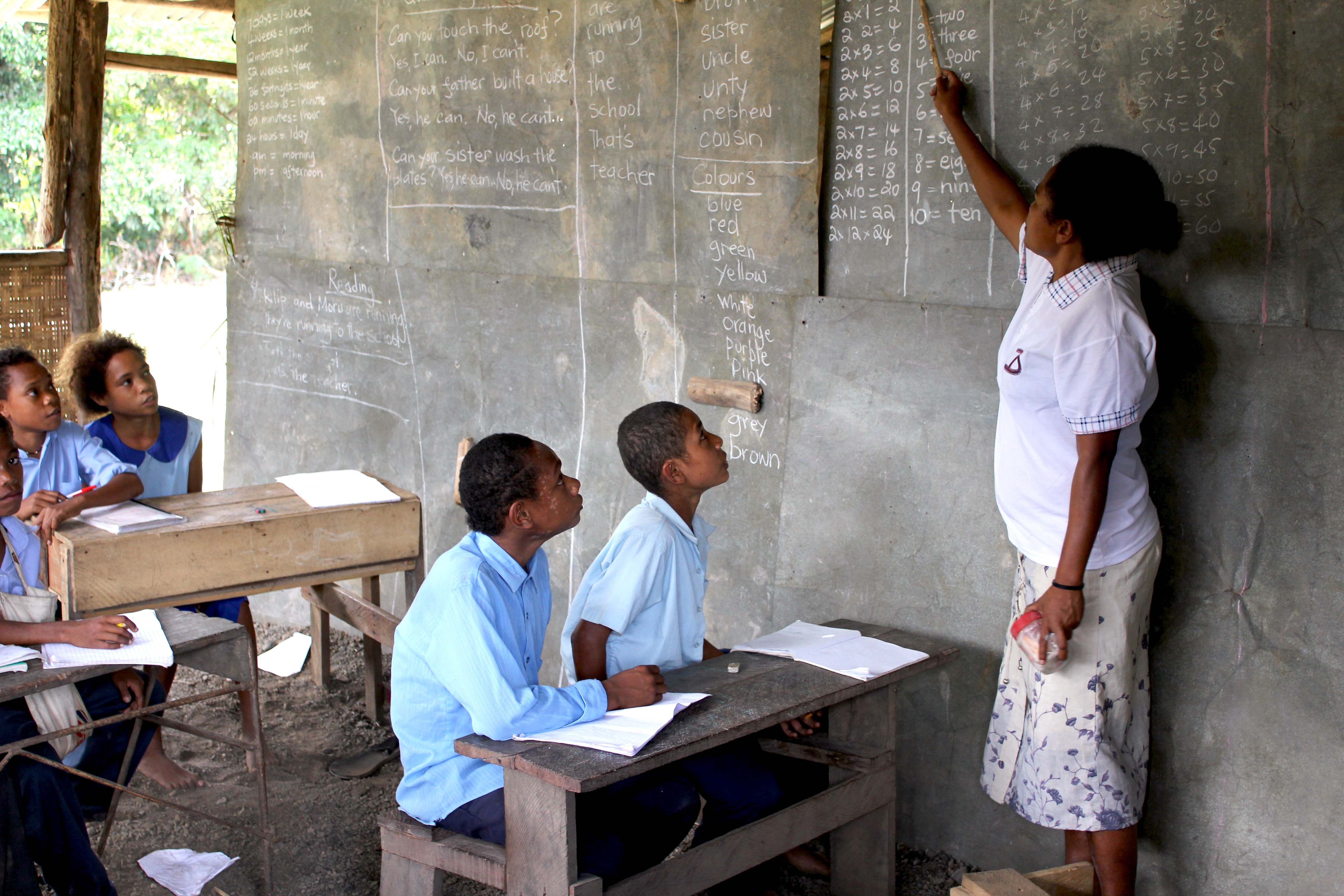 All too often, the gender news coming out of Papua New Guinea is bad. Whether it is high levels of domestic violence, or few women in parliament, there is a lot to work on. But it is not all bad news. Here is some good news, from our 2012 survey of 360 primary schools and health clinics (health centres and aid posts) across eight provinces in PNG. Many of the same schools and clinics were surveyed in 2002 as well. That means we can look at how the proportion of female teachers, prinicipals (head teachers), health workers, and health clinic managers (officers in charge) has changed over the last decade.

The last decade has in fact seen a transformation in the gender composition of PNG’s educational workforce. In 2002, only 13 per cent of primary school principals were females. In 2012, it was 27 per cent, more than double. The number of female teachers also increased sharply: from 27 to 55 per cent. (Note that we only surveyed the gender of Grade 5 teachers, but we use this to generalize about primary school teachers.) In other words, whereas a decade ago only one-quarter of PNG’s primary school teachers were female, now more than half are.

We also surveyed health centres and aid posts. The increase in the representation of women in the ranks of managers of these health clinics is much less dramatic. The share of female clinic managers rose between 2002 and 2012 but only from 36 to 41 per cent. This is consistent with the fact that we find no growth in the total number of workers at these health clinics over the last decade. We also find that health workers and managers have normally been in position for a very long time: 9 to 10 years. With no growth in aggregate numbers and little turnover, it is not surprising that there has been little expansion in the number of female health managers. A promising indicator, however, is that just over half of health workers (other than managers) were female in 2012. (These results are not available for 2002.) PNG’s future health managers and principals are today’s health workers and teachers, and they are mainly female.

PNG has a mix of government and church schools and health clinics. Church-run facilities often seem to do better than government ones in terms of service delivery. But not on gender balance. Government facilities led church ones on female representation for most of the four occupations.

Of course, primary school teachers and health workers (or nurses) are predominantly female in many countries. From that perspective, these results are not surprising. What is interesting though is how quickly PNG is catching up. The increasing number of professional women in the country will no doubt drive social change, and contribute to greater gender equality more broadly.

This set of results is just one example of the analysis we have been able to undertake of the 2002 and 2012 data sets. We will be releasing the full set of results on the morning of Thursday 30 October 30 at the National Research Institute. The PNG Treasurer will be launching the report we have authored, A lost decade? Service delivery and reforms in Papua New Guinea 2002-2012. For more information on the launch, click here.

Thomas Webster is Director of the PNG National Research Institute, and Andrew Anton Mako was a Research Fellow at NRI until recently. Stephen Howes, Anthony Swan, Grant Walton and Colin Wiltshire are all at the Development Policy Centre at the Crawford School of Public Policy, Australian National University.

The 2012 survey and the analysis of both the 2002 and the 2012 survey are part of the PEPE (Promoting Effective Public Expenditure) project, which has been jointly undertaken by the Development Policy Centre and the National Research Institute with support from the Australian aid program.