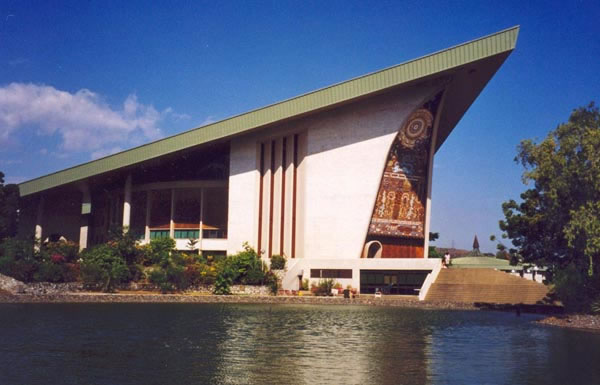 PNG maintained its position as one of the fastest growing economies in Asia and the Pacific in 2012. Preliminary GDP figures show growth of 9.2% in 2012, on the back of 11.1% growth in 2011. While the construction and transport sectors led this growth, driven by peak building activity of the liquefied natural gas (LNG) pipeline, other sectors of the non-mineral economy such as manufacturing, financial services, and wholesale/retail trade also performed strongly. The 2012 preliminary GDP figure marks an impressive 11 years of expansion for the PNG economy, averaging growth of just under 6% per annum.

A number of factors point to a more challenging economic environment in 2013. Maturing mining and oil operations, and the scaling down of LNG construction, are expected to contribute to slowing economic growth (forecast by ADB at 4.5%). Lower international agriculture prices and a persistently strong kina are likely to depress rural incomes derived from the sale of export crops.

Against this backdrop, the 2013 National Budget foreshadows a significant slowdown in government revenue growth, as modest growth in consumption, income, and company taxes are offset by declining mining and oil revenues. Notwithstanding a tighter revenue scenario, the $US6.5 billion 2013 Budget plans for a 23% increase in nominal expenditure, raising the size of the expected Budget deficit to 7.2% of GDP.

On a sectoral basis, the 2013 Budget continues to scale up funding to priority sectors of health, education, transport infrastructure, and law and order. The proportion of expenditure allocated to these four sectors has grown from less than 20% in 2007 to an expected 32% in 2013.

The 2013 Budget also focuses on scaling up development funding to sub-national levels of government, with provincial, district and local level government grants increasing by a total of 87%. As a result, the majority of additional development funding for core service delivery priorities in 2013 will be channelled through provincial expenditure systems, with sub-national grants allocated at a ratio of 30% infrastructure, 20% health, 20% education, 10% law and order, and 20% other economic and administrative activities. Increasing the control and execution of development funding by sub-national government, and away from national departments, constitutes a significant decentralisation in the Government’s approach to allocating and planning development expenditure in rural areas.

The significant economic stimulus that this spending will provide is well timed to counter falling domestic demand as LNG construction begins to wind down next year. Further, while the Fiscal Responsibility Act (2006) will be amended to raise the maximum debt to GDP ratio from 30% to 35% to accommodate additional borrowing, if medium term plans to return the budget to surplus by 2017 are achieved, then public debt will remain within ‘sustainable’ limits.

The 2013 Budget does however bring with it a number of significant risks which will need to be carefully managed if PNG is to maintain the macroeconomic stability that has underpinned the last decade of economic growth.

Central to this challenge will be achieving the level of expenditure growth restraint required to return the budget to surplus by 2017. Between 2013 and 2017, the recurrent budget (approximately 60% of total spending) plans for zero nominal growth in wages and salaries across both national and provincial government, and just 2.5% annual nominal growth in goods and services spending. The Budget indicates that savings will be made by the reduction, or closure, of up to 17 government agencies. This will be a very challenging task, with numerous prior public sector downsizing and ghost worker removal efforts having met with limited success.

A further fiscal challenge relates to the financing of deficit spending. While domestic bank liquidity remains high, local commercial banks are approaching limits on their ability to lend additional funds to the government. As a result, the government has signalled that it may be required to source deficit financing from international markets. If additional concessional sources of finance cannot be mobilised, then this is likely to significantly increase the cost of borrowing, as well as PNG’s exposure to exchange rate risk.

Finally, while the large increase in sub-national funding will allow resources to be channelled more directly to rural and remote areas, concerns exist about the ability of sub-national government to effectively implement such a rapid increase in funding. The National Economic and Fiscal Commission continues to highlight the challenges which provincial governments face both in being able to receive their funding in a timely manner, and in being able to convert that funding into service delivery projects. A large influx of new funding will accentuate these challenges.

The 2013 Budget is a bold attempt at stemming the flow of deteriorating service delivery quality across PNG, particularly at the provincial and district level. But that boldness also brings with it increased risks. The emergence of a large structural budget deficit, and difficult to meet recurrent expenditure constraints, will make a ‘return to surplus’ by 2017 particularly challenging.  If expenditure growth cannot be contained in future years, or new unfunded expenditure pressures emerge, such as the requirement for additional LNG equity payments due to increasing project costs, then public debt sustainability will become a growing issue. PNG’s government will need to find new, international, sources of financing for its borrowing while a large scaling up of sub-national funding will put further pressure on provincial expenditure systems.  As always in PNG, the real challenge will be in implementation, and converting lofty expenditure plans into tangible improvements in service delivery.