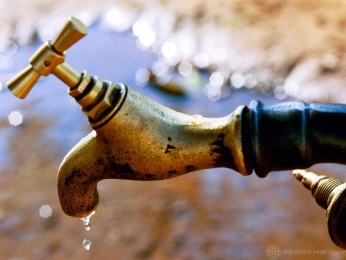 One of the many proverbs thrown at me when I was kid was ‘he who pays the piper calls the tune’. In modern marketing parlance that might be translated into ‘the customer is king’. A study of the private rural piped water business recently launched by the World Bank’s Water and Sanitation Program has shown this to be an important factor in efforts to improve the access of poor people to safe drinking water. (An earlier blog has discussed the results of the companion study on rural sanitation.)

In the three countries studied (Bangladesh, Benin and Cambodia), most people get their water from self-supply, private provision or community run systems – only 11 per cent of the aggregate population gets water from state utilities. But for 30 per cent – 46 million – of these people, these non-state sources do not provide water that is safe from contamination. Privately operated rural piped water networks are part of the effort to address this gap: while they are still a small part of the overall sector, they have the potential to expand sales to at least $90 million a year by 2025.

The opportunities for market engagement have different drivers: in Bangladesh, the main driver is that traditional groundwater sources in some areas are contaminated or unreliable, and the need for treatment or use of other sources suggests using piped systems. In Benin, the opportunity is created by government policy which has shifted towards attracting private operators to manage public networks. And in Cambodia, the driver is simply business acumen.

Three very different models have emerged in the study countries.

The success – or otherwise  – of these models in sustainably providing safe water hinges very much on how they well they respond to household demand and offer services that households are prepared to pay for.

Demand for water supplied by rural networks is very price sensitive. While households have to have water, in the rural areas covered by the study, they don’t necessarily have to buy it from the network.  In all three countries, households use a range of water sources for different purposes and at different times of the year. They use their own or neighbours’ tubewells, ponds, rivers and particularly rainwater in the wet season. This phenomenon of conjunctive use has important implications for network operators. Even if they appear to have a local monopoly, they have limited scope to exploit market power. They have to offer a service that people value, and they have to design networks with a careful eye to the likely market at different network size, cost and pricing points, and often pronounced seasonality in demand.

An important part of that offer appears to be providing service through private connections, and not just community standpipes. The study found that consumers want the convenience of private connections and continuous supply, and will pay for it unless connection costs are unreasonably high (as they are in Benin, where the average cost is US$160 or 10 per cent of average poor household income, compared to US$15-34 in Bangladesh and Cambodia):

Ability to pay for water does not seem to be an issue except for the extremely poor: on average poor households are paying more for their mobile phones than they would to purchase their total households needs from networks. Nor, except for Benin, does ability to pay for a connection seem to be an issue. BUT, mobilizing the upfront cash for a connection is a problem for poor rural households, and no-one seems to be offering financing options. And with low cost alternatives, households will not pay for network water if the service does not meet their needs.

What does the study tell us?  Where the ‘stars align’ (basically there is an accessible water source and a settlement with sufficient population density and some cash income) autonomous private investment can deliver piped water without government support or complex partnerships. But government may need to act where the stars don’t align, and in this case, considerable care needs to be given to the nature of government intervention.

Badly thought through policies can obstruct responsiveness to household demand and undermine sustainability.  Poor design of networks by public agencies, unclear contract and ownership arrangements and restrictive tariff policies can limit the financial viability of networks, which can result in firms being lukewarm about expanding engagement in the sector to serve the poor.

Even though public health and equity concerns are important, it is critical to recognise that profitability really matters: in the study the more profitable networks saw the poor as a major market, and were more interested in investing to expand coverage and build new networks.  Policies need to embrace market based pricing and build incentives for firms to expand networks to respond to poor customers’ demand. Affordability should be addressed by helping poor people connect to networks, rather than suppressing prices or using solutions they do not prefer.