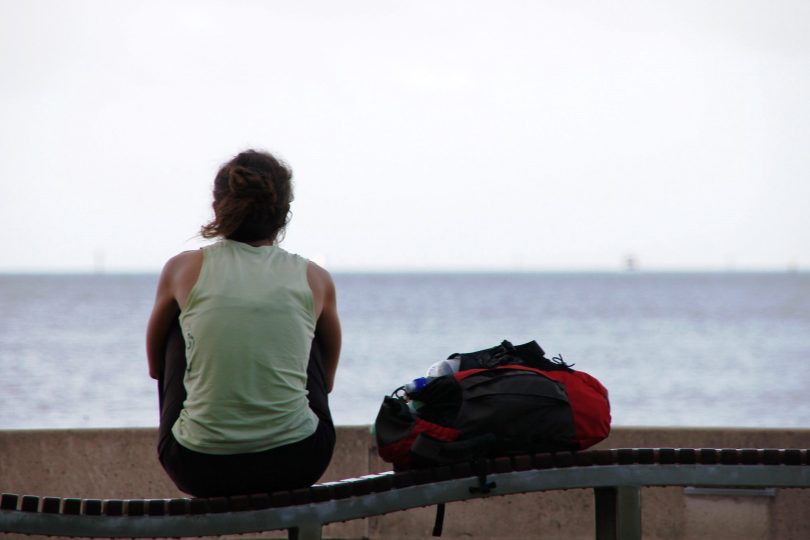 Claims of labour force shortages in horticulture are long-standing, and have reached a crescendo during the pandemic. In the past, data about how many workers are actually picking our fruit, vegetables and nuts has been scarce. But for the last two years, the Australian Bureau of Agricultural and Resource Economics and Sciences (ABARES) has been conducting annual surveys with horticultural (fruit, vegetable and nut) farmers. The results have recently been published, and make for interesting reading.

The surveys ask horticultural farmers about their monthly use of labour, so we can easily divide the results into pre- and COVID periods, using March 2020 as the last of the pre-COVID (or pre-lockdown) months. The average total number of workers per month dropped from 148,594 in July 2019–March 2020 to 136,694 in July 2020–March 2021, a reduction of 8%. The results are very similar (8.3% reduction) if we just focus on the peak summer period. 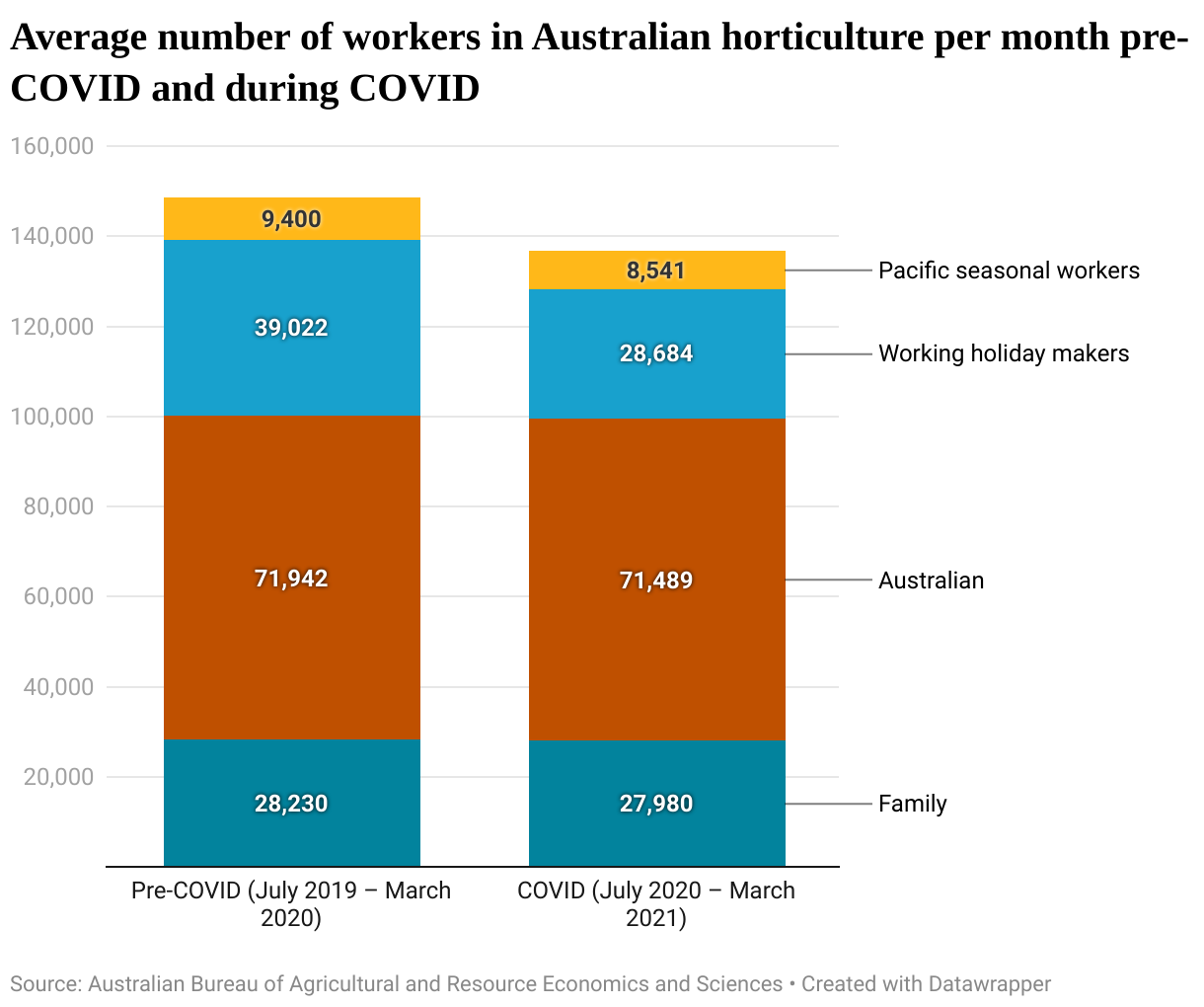 That’s a significant reduction, but perhaps not commensurate with the media hype. A shortage of workers of about 12,000 is less than half the figure of 26,000 workers predicted by Ernst & Young (EY) on behalf of the industry. The difference is largely due to more Pacific seasonal workers than expected in the EY report.

ABARES also reports that 52% of horticultural farmers experienced more or much more difficulty recruiting. But only 20% reported fewer workers, with the reduction in the number of workers primarily on larger farms, which are generally more reliant on foreign workers.

Strikingly, there was almost no change in numbers of Australian resident workers employed, despite the range of incentives offered during COVID-19 (the latest in a long series of ineffective initiatives) to entice Australians to take up farm work, and despite the rise in unemployment during the lockdown. The number of family workers on farms was also unchanged. No surprises there: families are the first source of workers for small farmers, and their use was already maxed out before COVID-19.

The number of backpackers (working holiday makers) fell by 26%. That’s a significant reduction, but much less than the total decline in backpackers in Australia, which fell from about 140,000 when borders were closed to about 40,000 in March 2021. This reflects the incentives given to backpackers to work on farms, and the fact that city jobs were more affected by the pandemic. The average number of backpackers per month in 2020–21 (27,867) is very similar to the number of second- and third-year backpacker extensions granted for agricultural work that year (29,121). The average number in 2019–20 is higher at 37,690 a month, compared to 28,138 visa extensions in agriculture in the same period, when there would have been first-year backpackers on farms as well.

Another gem from ABARES is their use of Single Touch Payroll data to calculate that, “before COVID-19 around three quarters of Working Holiday Makers were employed and 20–25% were employed on horticultural farms.”

Finally, Pacific seasonal workers (under what is now called the PALM – Pacific Australia Labour Mobility – scheme) fell by 9% in the COVID period. The smaller decline in Pacific workers relative to backpackers is due to the fact that federal and state governments prioritised the entry of PALM workers to meet horticultural shortfalls. But, even during COVID, there were still 3.5 backpackers for every PALM worker in horticulture. It’s worth noting that the backpackers are grouped with an “other” category, the size of which is unknown, and it is unclear how, if at all, undocumented workers were reported by farmers.

The ABARES data provides interesting insights into the sector: 33% of the workforce is on piece rates, and 42% of all workers are female (a much better gender balance than achieved by the PALM schemes); 40% of the workforce is classified as “unskilled” workers, and 23% are “semi-skilled”.

The data also gives us an insight into seasonal variation. Pre-COVID, the peak month for labour demand was December 2019 with 160,170 workers, and the trough was September 2019 with 137,900 workers, a 16% difference. The ABARES survey differentiates between permanent and casual workers, with the latter group making up 57% and adjusting to meet variations in seasonal demand. Before COVID, there were 29% more casual workers in the peak than the trough month: 18% more backpackers, 37% more Australians, and 41% more PALM workers. This is a surprise, as it is generally thought that backpackers are used to meet spikes in demand. In fact, demand for backpackers is less variable across the sector than for PALM workers.

Finally, although we often think of the horticultural labour force as being dominated by foreign workers, in fact two-thirds are Australian, of which 19% are family. Michael Rose has commented on the large number of new Australians he encountered picking berries. Even among casual workers, 48% are Australian.

The ABARES surveys provide many insights into Australia’s horticultural labour force. Above all, the numbers emerging from them underline that no new Australian Agriculture Visa is needed for the horticulture sector. Backpacker numbers will soon recover as borders reopen, and there are thousands more Pacific workers ready to come to Australia.

The data in this blog is taken from Labour use in Australian agriculture: Analysis of survey results (Research Report 21.14) by the Australian Bureau of Agricultural and Resource Economics and Sciences, published November 2021.