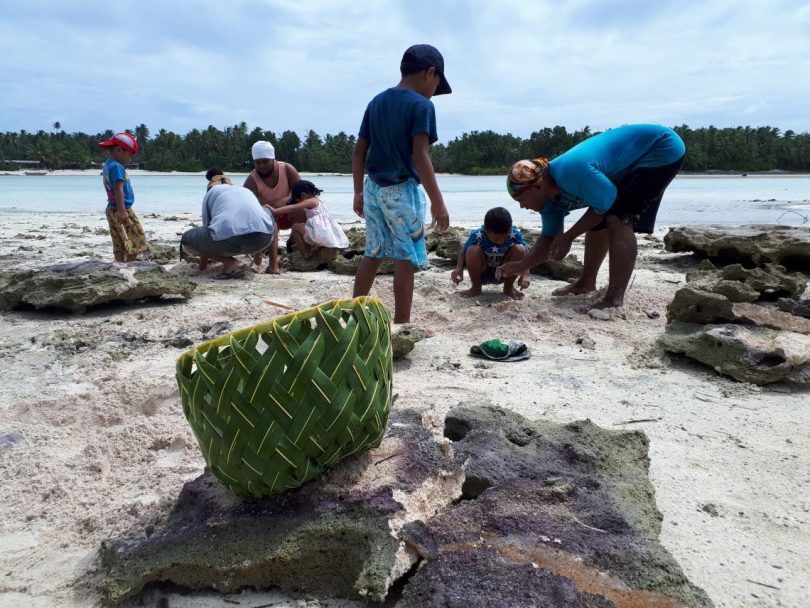 As of 1 April 2020, there were no suspected or confirmed cases of COVID-19 in Tuvalu. The country is, thus far, free of the pandemic. How has this been achieved and will it continue?

The Tuvalu Government convened a COVID-19 Health Taskforce in late January, during a separate national emergency declared in response to Cyclone Tino. In response to the threat posed by COVID-19, strict border restrictions commenced on 3 March. Arrivals who had been anywhere except Fiji, Kiribati, Vanuatu, Solomon Islands, Samoa and Tonga (which all had no cases at the time) would be required to self-isolate for 14 days. This measure limited non-citizen arrivals significantly.

On 20 March, risk management measures were tightened again, with the declaration of a State of Emergency. This was triggered by the first case of COVID-19 being confirmed in Fiji, the main point of departure for Tuvalu’s incoming flights and boats. Tuvalu passed emergency regulations which saw borders closed to all flights and vessels, except where exempted for essential supplies of food, medicine, fuel, cargo, or humanitarian assistance. Medical checks and two weeks quarantine were made mandatory for any arrivals, and restrictions were placed on public gatherings, including church services. Schools have been closed. The emergency regulations also include strict penalties for perpetrators of false news. Fifty-six arrivals who were on the last flight from Fiji on 21 March were quarantined, and at the time of writing are nearing the end of their two-week isolation.

Tuvalu has one hospital, with limited medical personnel and equipment. The health system is preparing for a possible outbreak, with new initiatives such as the establishment of quarantine areas, surveillance, public health communication, and mobilisation of volunteers to help address nursing shortages, being organised.

Tuvalu’s densely populated capital, Funafuti, is also where the international port and airport are located, and is thus the island most susceptible to both travel-related cases and local transmission. If a case is confirmed, the government intends to introduce a complete lockdown and implement martial law, as well as seek external assistance. Currently, however, with an almost completely closed border – several boats have already been turned away – the chances that Tuvalu will remain free of the pandemic are favourable. Border control is being strengthened by new initiatives, such as involving the police force in border operations.

The border closures will have significant impact. The government is putting in place measures to support businesses, such as flexible loans. Stocks of imported food and other items are reported to be running low, and a three-month supply of essential cargo from Fiji is currently being organised. The new regulations have given the government the authority to control the sale, supply, and pricing system of essential commodities, as well as to issue food vouchers to enable access to essentials for all. The local food system is also important to Tuvalu’s food security plan during the emergency. The government is providing seedlings for use in home gardens, and supporting and fast-tracking existing agriculture projects in the capital and the outer islands. Landowners are being encouraged to practise customary stockpiling techniques, such as drying fish and root crops, preserving breadfruit, and storing coconuts. Chiefs are likely to be organising community-based stockpiling and rationing, as is typical in emergency situations.

The government, under the emergency regulations, has broad powers to order compulsory relocations of people from Funafuti (island) to their home island, for people to be relocated from Funafuti (the capital), and to prohibit movement of people from the outer islands to Funafuti. While such powers may seem quite authoritarian, there are good reasons for controlling population movement. Beyond removing as many people as possible from the capital island in anticipation of a case being confirmed there, it will help to harness existing island-based social support systems and increase the labour supply for farming and fishing in rural areas. These, in turn, can decrease reliance on the cash economy and imported food. With no confirmed cases, relocation to the outer islands currently remains optional.

Even without a confirmed case of COVID-19, Tuvalu is changing rapidly. While certainly challenging for Tuvalu’s economy, some effects of the current emergency could be positive if Tuvalu stays free of the virus. Increased local food production and consumption could lead to a healthier population less dependent on nutrition-poor imported food. Fuel shortages could lead to greater physical activity and health benefits. While schools are shut, home and remote schooling on the outer islands is a national priority, and will be facilitated by the Ministry of Education. With students spending more time at home on the outer islands, their participation in activities such as fishing, farming, and production of handicrafts may increase, strengthening customary knowledge systems. Easing of crowding on Funafuti through urban-to-rural migration may also produce positive environmental effects in the capital.

If COVID-19 arrives in Tuvalu, stringent regulations are already in place and the population is well aware of the effects of the pandemic elsewhere, so containment may be possible. Nevertheless, an outbreak, like anywhere else, will be hugely challenging and potentially devastating.

The views expressed are the authors’ own and do not necessarily reflect those of the institutions they are affiliated with.