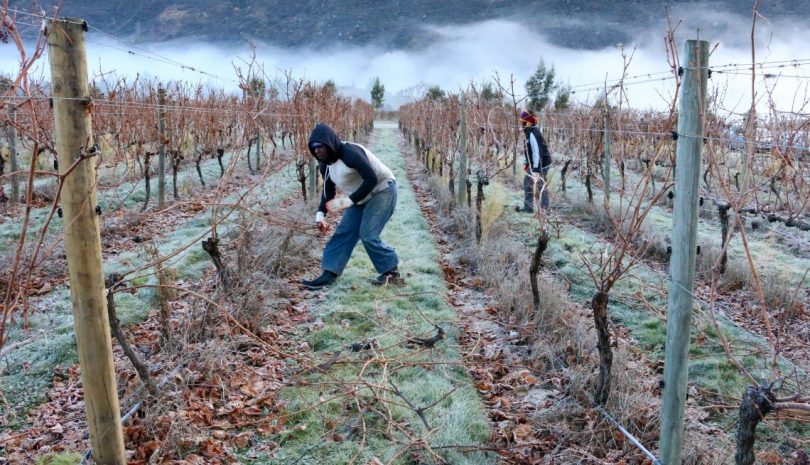 We know that they’re better than backpacker or domestic labour schemes in terms of bang for buck for farmers.

We know growers like them. In many cases, they prefer Pacific workers over all others.

We know they fit with Pacific communities.

We know they create mutual economic benefits. This is a huge deal. Australia is quick to tout the PACER Plus trade deal, but the reason it took so long is simply that there’s no compelling reason to move ahead with it. The trade in goods in the Pacific is so one-sided, no treaty in the world can save it. We’re just too small, too far from markets and too niche in our exports ever to matter.

But we do have people. And that’s a commodity that Australia and New Zealand need. They have for decades.

Slowly now, policy makers are coming to terms with the merits of a wider and more open Pacific labour market. Despite the Nats (National Party of Australia) grumbling about paper work and arguing for a more libertarian approach, there is little opposition to a substantial expansion.

Just having a reliably COVID-free labour pool is reason enough. Australian and New Zealand growers need workers now, and we have them.

So the question, really, is: how many do you want?

Lowy Institute’s Jonathan Pryke teamed up with Leon Berkelmans in 2016 to ask what would happen if we removed all caps and effectively let anyone in eight Pacific countries work wherever? The answer was a net increase of US $25 billion in wages, an 85 per cent increase in salary levels overall.

Of course, ‘all of them’ is not a politically viable answer to our question. But it sure doesn’t hurt to bear in mind that evidence shows that the larger the number is, the better off everyone is, on both sides of the pond.

As with any successful program, everybody has ideas about how to fix it. With few exceptions, I think they should be avoided.

The value placed on RSE [Recognised Employer Scheme] jobs, and the time it can take to get one, mean RSE workers and their families want to hold onto them. A common practice among RSE employers is to ask their experienced return workers and team leaders to act as unofficial recruitment agents and to select new recruits for them. This tends to result in the RSE employment opportunity staying within the extended family or village group, rather than spreading opportunities to non-participating households in other areas.

Some RSE employers also reward their experienced workers by allowing for inter-generational transfers of jobs within the family. The RSE employment opportunity is passed from an RSE worker parent to an adult child, ensuring the family retains access to a regular source of RSE income. This practice, while of benefit to the participating household, limits the potential for wider redistribution of work opportunities as people from individual families leave the RSE workforce.

It goes on to speak about inequities created between the cash-wealthy returned workers and under- or unemployed locals. They also cite unequal employment rates between communities and islands, with some over-represented.

That’s all true. But.

The problem, as they rightly note, is not that jobs are being unfairly allocated. The problem is the cap that exists on the RSE.

Market forces create inequality where scarcity of supply exists. That’s pretty much the central tenet of social democratic philosophy. But it doesn’t mean that we should revert to a managed economy in pursuit of fairness.

But there’s no need to argue the philosophical basis for this. The real reason why is that it wouldn’t work.

I’ve seen the lengths recruitment agents go to in approaching and preparing villages for participation. They spend months liaising with island-level structures, and have to provide comprehensive assurances to families and village leaders concerning the treatment and the behaviour of participants.

I’ve spoken with many of the top agents here in Vanuatu, and every one has cited personal relationships between themselves, the local chiefs and church elders, workers and employers as the decisive factors behind their success. These take time, and cannot be easily discarded, much less remade.

And as we’ve seen above, growers feel the same. They know that their best workers offer a disproportionately high return on their investment. The top 10 per cent of workers produce vastly more than 10 per cent of the output. And they know that family values play a big role in a good work ethic.

That’s been the case pretty much forever, and while it’s largely been forgotten in the corporate and academic worlds, more than a few people will tell you, it’s how you run a small business. You build personal relationships and expand them through webs of trust.

Such networks are innate in Pacific societies. I’ve spoken with countless people, and virtually none have spoken poorly of those employed in seasonal worker programs. Nor have they expressed jealousy about their earnings. Most speak in admiring terms, and see the programs as something to aspire to.

There have, admittedly, been more than a few legitimate concerns raised about the stress on families where one member is away for months at a time, over a period of years. Most of the people whom I know in that situation see it as taking the good with the bad, and cope. In some cases, it raised fears about infidelity at home and abroad. In more than a few, those fears were justified.

But this is self-regulating. When enough is enough, either people part or the prodigal comes home.

One of the ways that employment agents have reacted to the strains of prolonged separation is to impose downright draconian codes on conduct on workers. No alcohol at all. No leaving the compound alone, and no leaving without good reason or on scheduled outings for shopping or what have you. No fraternisation, with anyone, period.

I spoke with one man just out of quarantine last weekend, and that was the one criticism he made.

One of the most startling ‘fixes’ proposed recently has been the nationalisation of employment programs recently mooted by Vanuatu’s Council of Ministers (CoM).

The idea as presented would put responsibility for selection in the hands of local area councils. Fees normally paid to agents would instead be remitted to the national government, which would administer the program.

The stated reason is to improve government revenues, and to ‘depoliticise’ the selection process.

Few people believe either one. The scuttlebutt around town is that the plan is just a slap back against Opposition MP John Salong, who has been one of the government’s most consistent gadflies. John has been an agent since the RSE was in its infancy, and has been involved with the Seasonal Worker Programme as well from the word go.

Many have argued that Salong leveraged the relationships developed working on these schemes to mobilise the vote on his native island of Ambrym. I suspect that no one, not even John, would argue with that. It’s consistent with how rural MPs rise: they demonstrate they can deliver for their communities, then they get elected to government to advocate for more and better policies that help these same communities.

Word on the street right now is that the CoM decision to nationalise the programs won’t fly. There’s already a significant backlash among backbench MPs who may not like John, but understand that if government can start picking off opponents like that, it jeopardises all of them.

So as the sun sets and we allow the turmoil of the day to subside in just one more shell of kava, only one question remains: how many more workers can we get on the next plane?

This is a revised version of a blog first published here.