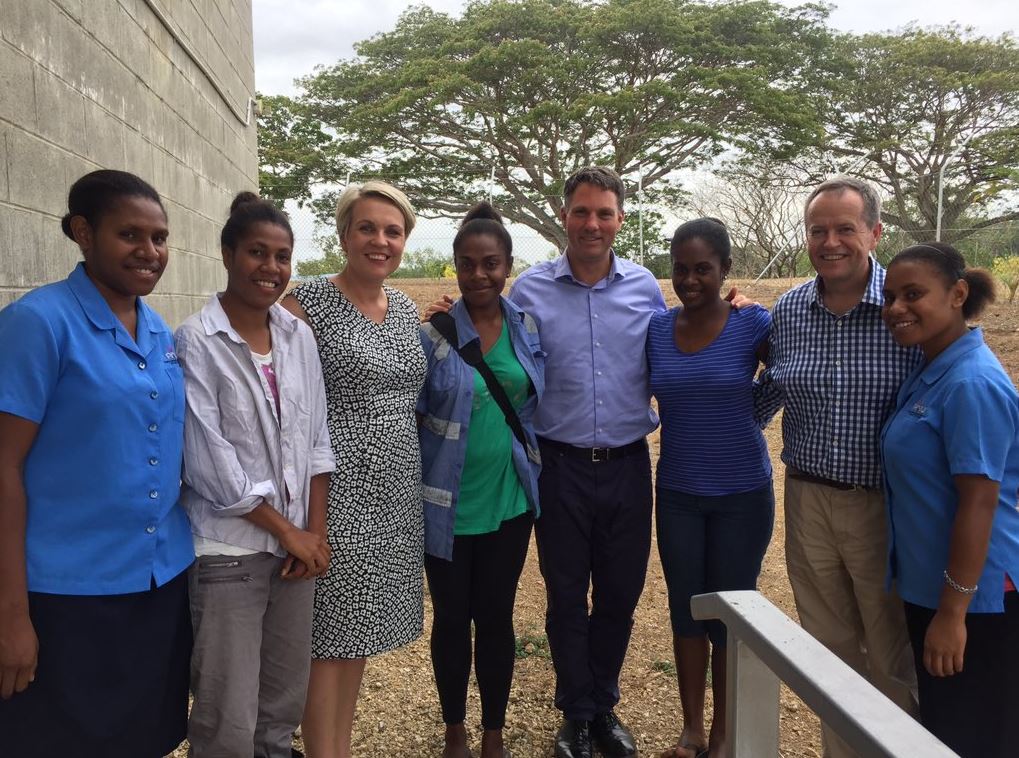 It must be one of the highest-level government or opposition delegations from Australia to the Pacific. Labor leaders are to be commended for the interest they are showing in our immediate region.

The focus of the visit is climate change, and it is therefore particularly relevant that Immigration spokesman Richard Marles is accompanying the delegation.

PNG, with its population of 7 million, is unusually large for a Pacific nation. Marshall Islands, with a population of 70,000, and Kiribati, with 100,000, are much more typical of the “micro-states” that populate the Pacific. Unlike the much bigger PNG, these two are also low-lying coral atolls. They face real, if complex, risks of loss of land. However much we talk about mitigation and adaptation, there can be no doubt that migration has to be part of the climate change solution for these countries.

The Marshall Islands and Kiribati might face a common existential threat, but they could not be more differently placed in their ability to counter it. And that comparison shows what Australia needs to do if it is serious about helping the Pacific respond both to climate change and to the broader development challenges they face.

The extent of the right of I-Kiribati to migrate is restricted to the 75 families a year that New Zealand allows under its Pacific Access Category. In addition, as of this year, up to 200 I-Kiribati can compete against Nauruans and Tuvaluans to work in Australia under a new micro-state visa, but only for two years. Because it has so few labour mobility opportunities, only 5 per cent of the adult I-Kiribati population lives overseas. In a striking indictment of how Australia has neglected its Pacific responsibilities, more I-Kiribati live in the US and New Zealand than in Australia.

We should not think of climate change as a disaster that will one day suddenly strike and leave thousands homeless and in need of refuge. Climate change is a gradual process, and over time Pacific islanders need to be given more opportunities to migrate, to diversify their income sources, and to reduce their risks.

As well as the Marshall Islands, several other Pacific countries are well-placed when it comes to migration: Palau, the Federated States of Micronesia, Cook Islands, Fiji, Samoa, Tonga and Tuvalu all have good de facto or de jure metropolitan labour market access – either to New Zealand or the United States, none to Australia. Substantial chunks of their populations already live overseas. But then there are the more isolated Pacific countries: the larger Melanesian countries of PNG, Solomon Islands and Vanuatu, and the microstates of Nauru and Kiribati. Most of their citizens simply have nowhere to go.

Kiribati would be a good place to start looking at ways to expand labour mobility, because President Anote Tong has already declared his support for “migration with dignity” as a national climate change response.

The seasonal worker program isn’t going to work for countries such as Kiribati. It is not a strongly agricultural economy, and Tongans, Samoans, Fijians and Ni-Vanuatu fruit-pickers will nearly always be chosen in preference to I-Kiribati ones. Australia’s 200 micro-state temporary visas are a start, but are much too few in number. Temporary visas will not provide the labour mobility pathways and networks that allow migration to expand organically.

Australia should copy New Zealand and introduce our own Pacific Access Category. Training and linking opportunities, such as internships, need to be provided to help Pacific islanders get jobs in Australia. The Australia Pacific Technical College (APTC) was set up in 2006 to help boost labour mobility prospects for the Pacific. This year, the government has finally admitted that the APTC isn’t doing this. It needs a rethink.

Labour mobility won’t make the Pacific rich. The Marshall Islands is far from a booming economy. But exporting labour is the best economic opportunity and the best safety net most Pacific island countries either enjoy (the Marshalls) or can hope for (Kiribati). Deputy Prime Minister Julie Bishop seems to be supportive of expanding labour mobility opportunities for the Pacific. The visit of Labor leaders could help generate a bipartisan consensus in this regard. If Labor is serious about climate change in the Pacific, it will have to get serious about labour mobility.