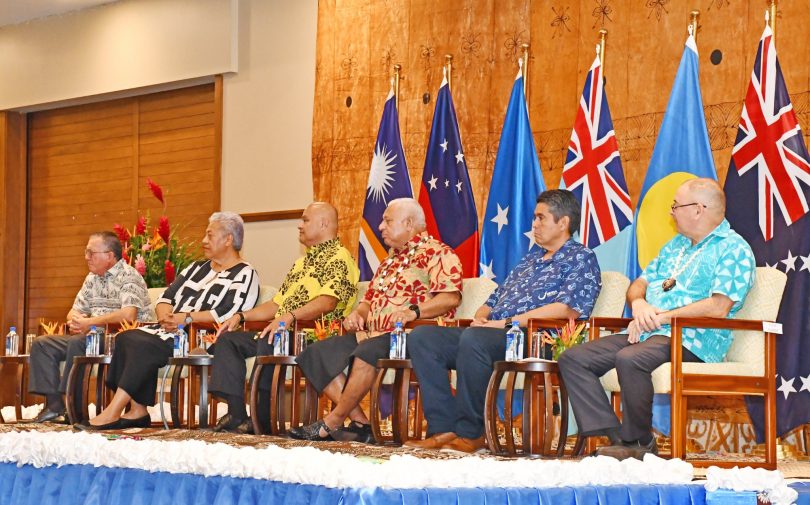 Since the election of the new Labor Government, and for quite some time prior to that, I have been reflecting on the term ‘Pacific family’.

Family is important to us in Australia, and it is certainly very important to Pacific Islanders. I know that I will never assume that I am part of the family of even my closest colleagues, even if I warmly call some of them my sisters in feminism. If someone tries to inveigle themselves into our family, or continually tell us that we are part of their family, how would we feel? Isn’t it just a bit presumptuous?

Of course, if we invite someone into our family, if the initiative comes from us, that is something different altogether – we welcome them and embrace them, and the use of the term is a way to show them that we will always be there for them.

But what if someone just starts calling themselves part of our family – particularly if they are more powerful than us, and seem not to be listening to our existential concerns? If they announce it publicly over a decade, but do little to respond to our concerns, try to bully us into signing things that we don’t want to, and joke about the floods lapping around our house – then how would we feel?

I believe the term was popularised by former Australian Prime Minister Scott Morrison. But let us please consider now, as we move into a new phase of diplomacy with our Pacific island neighbours, whether it is a term that we should continue with. It may not be seen as either welcome or genuine by Pacific leaders – until we show by our actions that we understand their perspectives and respect them. Dare I suggest that we wait until they return the feelings, and wait until they call us family?

Because we did not take their concerns about climate change seriously, and because we were so slow to listen to concerns about Pacific immigration options, I believe that the term was used rather hypocritically. In short, it was meaningless to begin with, and became insulting as time went on. Flattery, deception and empty statements were never going to be enough to become truly part of the ‘Pacific family’.

I look forward to a different approach from the new government – one that understands soft power, listens carefully, commits to continuing to fund gender equality programming and services for women living with violence, and knows how important it is to develop truly respectful relationships that take issues such as climate change and Pacific labour mobility seriously. It does seem that we have already made a good start.

Pacific people I have worked with genuinely value the support from and relationship with Australia. Nevertheless, there is a strong neocolonialist flavour to some of Australia’s engagements with the Pacific region, even though we often pretend that there is not. Tone and language matter.

Can I suggest that we just let this term die a quiet death, and that instead, we simply show our respect and concern for our neighbours by our actions.