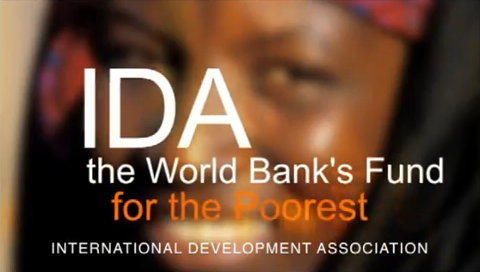 On June 21st the Development Policy Centre hosted Axel van Trotsenburg, the Vice-President for Concessional Finance and Global Partnerships at the World Bank. In this role he leads the policy negotiations and replenishment process for the IDA. Jonathan Pryke, Research Assistant at the Centre, reflects on his presentation.

The International Development Association (IDA) is the concessional arm of the World Bank. It is one of the largest aid donors in the world, and certainly the most influential. It is funded every three years through funding rounds known as replenishments.

Last year, negotiations for IDA16 concluded with its biggest ever replenishment, netting $49 billion for programs over the next three years. This is a significant increase from IDA15, which drew in $42 billion in 2007. A $7 billion increase, given the crippling impact of the global financial crisis (GFC) on most OECD donors, comes as a surprise. How did it happen?

First, contributions from emerging economies. China and other IDA graduates (including Egypt, Equatorial Guinea and Indonesia) agreed to accelerate repayments. Other better-off IDA recipients (including India, the largest) agreed to take on tougher terms. IDA will reduce the maturity of its loans to these countries from 40 to 25 years and the grace period (of no repayments) from 10 to 5 years. An interest rate of 1.25% was also implemented. These two measures together generated $5 billion of the increase in the overall IDA16 commitment.

Second, strong support from established donors. IDA’s top three donors are the US, the UK and Japan. Each, despite their own problems, was positively engaged. Having a sympathetic US administration helped a lot. The UK, reflecting its strong commitment to increase aid despite strong fiscal pressures, was also positively engaged. Exchange rate gains enabled the Japanese to further enhance their contributions.

Third, support from midsize donors. Nordic donors have traditionally been strong supporters themselves and effective advocates. Their position was weaker due to the GFC, but other donors stepped forward, notably Australia.

So, IDA16 was a success, but was it IDA’s last hurrah or a positive sign of things to come? IDA17 and future rounds will face four major challenges.

First, the influence of the Global Financial Crisis will grow rather than recede over time. Next time around, we can expect the UK to remain sympathetic, but less so the US (with increasing fiscal pressures at home) and Japan (with intensified problems at home, and no further exchange rate appreciation). More generally, with large public deficits, foreign aid budgets in many countries will be fortunate if they are able to maintain their current levels of funding.

Second, it is unclear if emerging donors will continue to contribute. In the next several years, China will repay its IDA loans, and India will graduate from IDA. IDA16 found tailored solutions to attract contributions from emerging economies. But how much longer will these mechanisms be available, and how much will these economies contribute when they are not? On the one hand, China and India themselves still have high levels of poverty. On the other, they are emerging giants and will be expected to contribute more to global challenges, which IDA seeks to address, especially now that their voting share at the Bank has been increased. The risk is that not only will the $5 billion contribution from emerging economies not be repeated in future rounds, but that, if it isn’t, developed economies will themselves put less into IDA.

Third, there is increasing competition from other international funds. New, specialized funds such as The Global Fund to fight Aids, Tuberculosis and Malaria and the GAVI fund for vaccinations have a much easier time promoting their objectives by arguing that their work saves lives. And now there is a vertical fund for education: the Fast Track Initiative. These funds are focused on basic needs and are easy to sell to politicians and the public. What is IDA’s catch-cry? A wide-ranging fund where priorities are decided upon by recipients might make for good aid but not for good fund-raising. This is a growing challenge in an age where the use of aid funds is increasingly a matter of public and parliamentary debate.

It’s an understatement to say that IDA faces an uncertain future. Australia, with its growing aid budget, and close links to Asia, has a huge role to play in ensuring that IDA continues to be a strong and large force for effective aid in the coming years.

Jonathan Pryke is a Research Assistant at the Development Policy Centre.