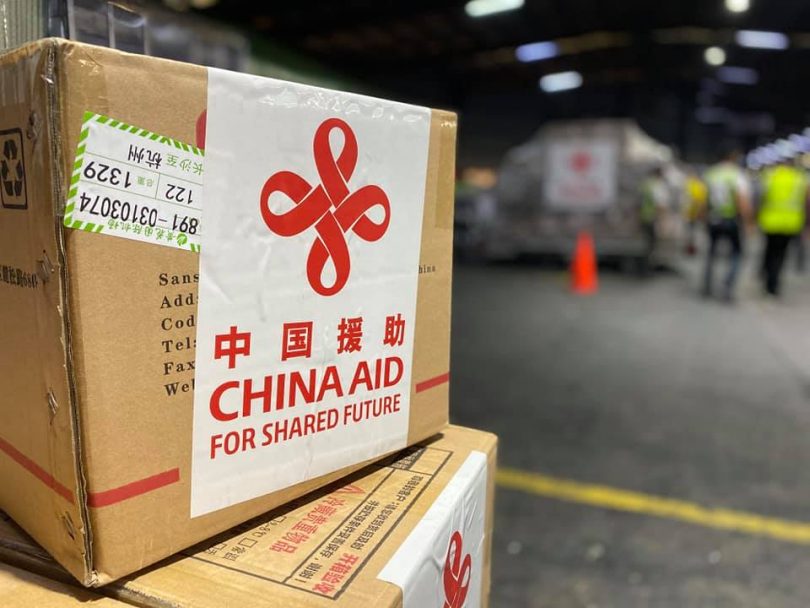 On 10 January, the State Council Information Office of the People’s Republic of China released the much-awaited white paper, China’s International Development Cooperation in the New Era. China’s two previous white papers, in 2011 and 2014, were largely a response to international calls for transparency. In contrast, the current paper offers what can be considered a new vision for international development cooperation in which China assumes significant global responsibilities, not only as a provider, but also as a promoter of new trends and modalities.

The paper introduces eight complementary and pragmatic principles, including respecting equality, improving lives, supporting country-led development, promoting sustainability, and innovating approaches. This framing is significant because it aligns China with the broader international model of development cooperation while at the same time situating it firmly in the SSC camp. China defines itself as a developing country and a provider of SSC. SSC is distinct from, and complementary to, official development assistance (ODA), has broader parameters, and includes investments, diplomacy, and other modalities such as those implemented through the Belt and Road Initiative (BRI).

Expansive reach with focus and financing

China’s tradition of demand-driven assistance has created the impression of a jumble of scattered projects without coherence. However, the white paper reveals that China’s activities between 2013 and 2020 have been purposeful and targeted.

First, they are framed by the Sustainable Development Goals. An entire chapter expounds on China’s commitment to the 2030 Agenda, reaffirming China’s desire to align its efforts with mainstream development discourse. Eliminating poverty is presented as the “ultimate objective”. The approach emphasises humanware over hardware, highlighting capacity building, livelihood initiatives, volunteerism, and people-to-people connectivity. Significantly, gender equality is discussed here for the first time. Also new is “improving governance”, which is characterised as supporting partner countries in public administration, policymaking, and capacity building. The document is rich with examples of China’s contributions towards almost every global goal, covering 122 countries and every continent. While it doesn’t disaggregate commitments or priorities by country, frequent mention of some countries (e.g., Laos, 16 times; Cambodia, 13; Pakistan, 12; Nepal and Myanmar, 10; Bangladesh, Ethiopia, and Kenya, 9; Tanzania, 7; Mongolia and PNG, 6) may hint at priorities.

Second, the document presents a vision of China’s BRI as much more than a massive infrastructure scheme. BRI provides a platform to realise international policy coordination, infrastructure connectivity, unimpeded trade, financial integration, and people-to-people and cultural links. Perhaps to balance the prevailing narrative that BRI is an instrument of China’s geostrategic ambitions, the white paper presents BRI to the world as a public good.

Third, buttressing its expanded commitments with cash, China increased its allocations from RMB 89.34 billion (US$14.2 billion) in 2010–12 to RMB 270.2 billion (US$42.69 billion) in 2013–18. Since the 2014 white paper, China has also increased the grant portion of its portfolio from 36.2% to 47.3% and reduced the concessional loan portion from 55.7% to 48.52%. Just as several Development Assistance Committee (DAC) donors have recognised the pivotal role that middle-income countries (MICs) play in global growth and prosperity, China has increased its allocations to MICs from 33.5% to 49.64%.

While much of Chinese SSC is still bilateral, diverse partnerships have characterised Chinese engagement since 2013. The white paper highlights China’s financial contributions to at least 20 regional and multilateral organisations and active participation in many more. The South-South Cooperation Assistance Fund, established by China in 2015, has extended its partnership with the UN, and by the end of 2019 it supported 82 projects, largely in poverty alleviation, agriculture, and food security.

China’s multilateralism is strategic. While it partners with existing institutions such as the UN, it also creates new ones. The white paper mentions China’s leading role in establishing the Multilateral Cooperation Center for Development Finance (MCDF) to connect international financial institutions and attract more investment to the BRI. Through the MCDF and other regional organisations, China has the potential to collaborate, lead, and influence global governance.

Triangular partnerships are a newer feature of Chinese development cooperation in which China collaborates with another country (usually a DAC donor) to support a third country. The white paper cites examples of these partnerships and invites more.

Lastly, the white paper presents China as a monolith, with no articulation of the roles of different government bodies or local governments, and no mention of how Chinese NGOs or the private sector have contributed to its global outreach, including the ongoing response to COVID-19. While the document “encourage[s] the private sector, NGOs and social groups, and charitable organizations to play a greater role”, it offers no details as to how.

The document introduces “groundbreaking” reforms in the institutional structure of China’s international cooperation.

First, as more countries were folding their development agencies into their foreign ministries, China established a separate institution, the China International Development Cooperation Agency, in 2018 to manage its efforts. This should not imply that China is separating its development cooperation from its foreign policy, however. While China’s foreign policy objectives are not discussed in the paper, China’s SSC is intrinsically linked to them.

Second, China will introduce “medium- and long-term foreign aid plans and targeted plans for different regions, countries, and projects”. This suggests that China’s demand-driven mechanisms of the past are less suited to its extensive current portfolio.

Third, China reaffirms its commitment to transparency and accountability measures, including feasibility studies, tendering rules, and performance appraisals. Cumulatively, these reforms may improve the effectiveness of China’s international aid and answer some of the calls for China to conform to international standards of development cooperation.

China may be this century’s most prominent development partner. Increasingly, other development actors factor China’s activities into their own planning efforts. The white paper both satisfies and leaves us wanting more: more information on the process by which it was developed; more comprehensive data, disaggregated by country, to enable the collaboration and triangular partnerships that China desires; and more insight into the increasing diversity of China’s development actors. Let’s hope this new white paper is the start, and not the end, of the conversation.