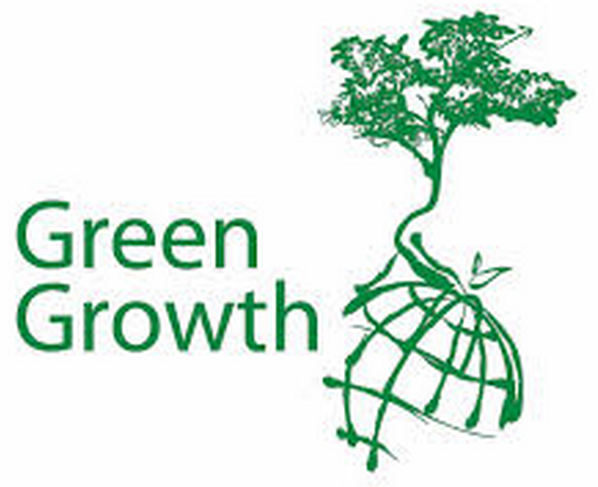 The development community has a knack for inventing buzzwords that appeal to everyone, and often, are just common sense. ‘Value for money’ reminds us that when spending aid funds we should compare expected net benefits with those that would arise from alternative uses of those funds. ‘Inclusive growth’, ‘pro-poor growth’, and ‘broad-based growth’ all serve to articulate what any economist worth his or her salt, and non-economist for that matter, could tell you: that GDP growth does not necessarily lead to poverty reduction (or in other words, we must look to both the quality and quantity of economic growth).

The most recent terms to emerge are ‘green growth’ and its sister concept, the ‘green economy’.

Green growth has attracted a great deal of attention in recent years, and was one of two key themes at the June 2012 United Nations Conference on Sustainable Development (Rio+20). For a term with such widespread usage, its history is very short. The words ‘green growth’ were barely used prior to 2008, which is when the United Nations Environment Programme led the Green Economy Initiative. Since then, four organisations have led its development and promotion through the establishment of the Green Growth Knowledge Platform:

Many other organisations have jumped on the green growth bandwagon, such as the United Nations Economic and Social Commission for Asia and the Pacific (UNESCAP), which in 2012 published its Low Carbon Green Growth Roadmap for Asia and the Pacific. In the Pacific islands region, the Fiji-sponsored Pacific Island Development Forum has established the promotion of green (and blue) growth as its official raison d’être.

But to what exactly do the terms ‘green growth’ and the ‘green economy’ refer? And more importantly, can these concepts help generate better policies in developing countries?

Green growth means fostering economic growth and development while ensuring that natural assets continue to provide the resources and environmental services on which our well-being relies.

On the face of it, this appears suspiciously similar to the 1987 Brundtland Report’s definition of ‘sustainable development’:

Sustainable development is development that meets the needs of the present without compromising the ability of future generations to meet their own needs.

There is another, stronger interpretation of the notion of green growth, however. In this interpretation, green growth is the idea that environmental protection can in fact promote economic growth and raise living standards, relative not only to some gloomy future scenario but also to the present. Michael Jacobs, in an excellent paper on green growth as political discourse (available here [pdf]), identifies three theoretical foundations for this assertion:

These ideas represent a far more ambitious interpretation of green growth, commensurate with its description by Ban Ki-moon as “a new paradigm”. The last point in particular is controversial, with the familiar criticism that green industrialisation has the potential to result in government failure through efforts to ‘pick winners’ often cited.

The Rio+20 outcomes document, The Future We Want, provides little in the way of guidance on these stronger interpretations of green growth, simply stating that:

There are different approaches, visions, models and tools available to each country, in accordance with its national circumstances and priorities, to achieve sustainable development.

This reflects the failure of the protracted negotiations leading up to Rio+20 to come to an agreement on a stronger interpretation.

So, if we accept that there is little difference between the weaker and more widely accepted interpretation of green growth and sustainable development, does it matter?

The answer depends on one’s intentions. If green growth advocates are using the term to: (a) draw attention to a particular set of issues; and (b) influence the actions of donors, governments, or the private sector, than what matters is whether these goals are achieved, not whether the term establishes a new and solid intellectual foundation for environmental policy.

There can be little doubt that green growth has been highly successful in raising the profile of environmental issues. Despite effectively being a reiteration of sustainable development, widespread use of the term ‘green growth’ can be credited with launching a new wave of academic work, grey literature, and development activity on environmental issues in developing countries.

What about policy impact? The record here, in my view, is more mixed. As is often the case with concepts and policies that originate in the developed or multilateral world, the concept has been viewed with considerable scepticism—or even hostility, where ‘green’ is interpreted as ‘constrained’—by many civil servants in developing countries where I have worked (all in the Pacific). Its inclusion in national plans is often perceived as being driven by efforts to secure donor funding as much as any commitment on the part of government to pursue environmental policies. Promotion of ‘green growth’ by certain development partners, at its worst, has been self-serving and (often consequently) counter-productive. In many cases, donor-led projects have been disjointed and divorced from broader government policies. Such problems are summarised well in the following statement from the Nauru Government, which describes efforts to improve water management:

Previous attempts to coordinate sector activities in Government agencies have experienced loss of initial enthusiasm, disputes over responsibilities … project-specific steering committees have been formed, but these lack continuity and strategic direction and are driven by the goals of the proponents (generally aid donors) rather than by national priorities. [1]

There are of course also success stories driven by the emergence of green growth, both among projects, and at a higher policy level. Green growth has been especially effective in articulating the argument that there is not necessarily a trade-off between economic and environmental outcomes. In doing so, it has raised the profile of ‘green’ policies that are good for economic growth, such as energy efficiency measures and standards (which generally have negative economic and financial costs), and the termination of economically wasteful and environmentally harmful fossil fuel subsidies. The term can therefore be useful for highlighting the economic benefits of environmental policies (and conversely, the environmental benefits of some economic policies). This is not the same thing, though, as asserting that such benefits are always to be had, and that trade-offs do not exist.

Much depends on how the term is used. At its best, green growth has provided an effective and nuanced framework for exploring the economic impacts of environmental policies, as well as trade-offs between economic and environmental outcomes (and trade-offs do often exist, as highlighted in the work of Stefan Dercon). At its worst, it has involved an ideological exercise, with proponents making all sorts of claims about the economic benefits of green policies, while providing very little evidence. More of the former and less of the latter is required in order to maximise the potential benefits of the term.

[1] Cited by Baines in Smith et al. (2014) Transitioning to a Green Economy: Political Economy of Approaches in Small States, which I recently reviewed for the Australian Journal of Agricultural and Resource Economics (forthcoming).