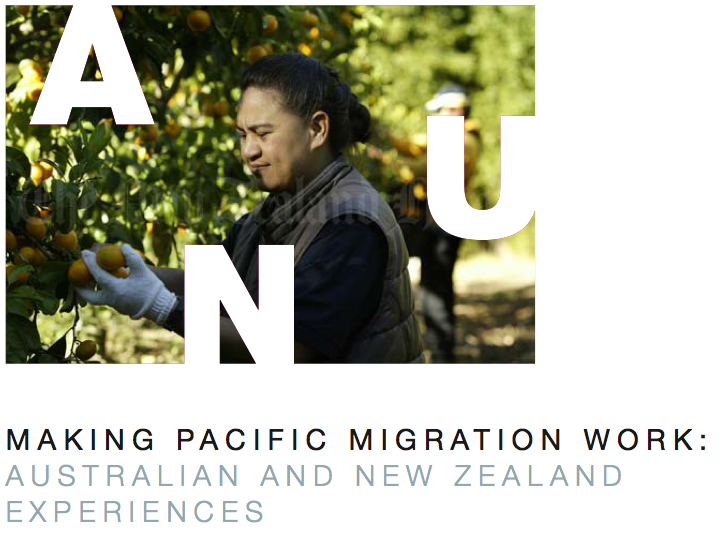 With small formal economies, few wage-jobs and fast growing populations, many Pacific governments are interested in securing new access to metropolitan labour markets, particularly for semi-skilled and unskilled workers. Trade officials from the island nations and from Australia have previously argued that increased movement of Pacific workers could be included the PACER-Plus trade negotiations. However in recent years both Australia and New Zealand have introduced guest-worker schemes for Pacific islanders outside the remit of any regional trade agreement.  While labour mobility was discussed at a PACER-Plus negotiating meeting in Brisbane last week, there is little indication that new and binding access to Australian and New Zealand labour markets will result from the talks – a prospect that would leave many island nations without a key incentive to remain at the negotiating table.

‘World enhancing’: Migration in a sea of islands

Pacific islanders have long sailed the oceans in search of opportunity, whether from scarcity at home, a thirst for exploration or social imperative.  As Epeli Hau’ofa pointed out in his seminal essay Our Sea of Islands, in pre-colonial times many Pacific islands and their peoples were integrated through complex trading and cultural exchange systems.  He argued that a uniquely Pacific tradition of connection and movement between geographically dispersed peoples continues through present-day travel in search of economic opportunity.  He wrote in 1994:

The contemporary process of what might be called ‘world enlargement’ is carried out by tens of thousands of ordinary Pacific islanders right across the ocean from east to west and north to south, under the very noses of academic and consultancy experts, regional and international development planners and their advisers, and customs and immigration officials, making nonsense of all national and economic boundaries.

Even in postcolonial times however the ‘world enlargement’ of Pacific islanders has occurred within the contours of inherited relations with former colonial powers.  So it is that some Pacific territories are still part of France, some Micronesian states in the northern Pacific have gained special access to the United States and many of the Polynesian states have inherited preferential access to New Zealand and the US.  People in the larger and more populous states of Melanesia – particularly PNG, Vanuatu and the Solomon Islands – have had much less opportunity to access external labour markets.

A new ‘consensus’ on the importance of remittances

In the late 1980s New Zealand economists argued Pacific families were forming ‘transnational corporations of kin’ by choosing to send family members abroad to find work on the basis that they would remit home a percentage of their earnings.  So important were the economic benefits of these remittances that Bertram and Watters argued [pdf] they formed a defining feature of many island economies, which could be understood primarily by the effects of migration, remittances, aid and bureaucracy (the MIRAB model).  Despite their growing role in the economies of the region, remittances were initially seen by many donors in the region as a poor path to ‘development’.  It was felt they were an inherently unstable source of income, and that an overreliance on these ‘rents’ from the international community would ‘crowd out’ investment in areas of long-term comparative advantage: by drawing away productive labour and reducing export competitiveness through upward pressure on domestic wages[i].

In the new millennium however a number of reports argued the ‘export of people’ to provide services in developed countries represented the best potential for developing countries to benefit from trade.  A ‘new consensus’ emerged that access to developed country labour markets was a key goal, and particularly for Pacific island states given their inherent cost disadvantages for traditional export industries.  By 2006 the World Bank, through a new report “challenged Australia to allow thousands of unskilled Pacific island workers to obtain temporary jobs [in Australia] to prevent the collapse of small economies in the region”.  In that year a Senate inquiry into a guest-worker scheme for Pacific islanders found; “there is unanimous agreement among bankers, including the World Bank and the Asian Development Bank, and among academic experts, that stimulation of Pacific island economies through remittances, through increasing the skill level of workers from the islands and reducing the economic isolation which plagues many Pacific states, are all valuable contributions to achieving identified aid objectives.”

The nexus between labour mobility and trade agreements

The Uruguay Round of multilateral trade negotiations which led to the formation of the World Trade Organisation also saw the establishment of the General Agreement on Trade in Services (GATS).  As part of GATS negotiations WTO members are asked to offer market access for foreign service-providers. Travel abroad to deliver a service is one of four ‘modes’ of supply recognised under the GATS.  It is in this somewhat arcane manner then – through the negotiation of ‘Mode 4’ market access commitments – that trade negotiations came to encompass the movement of people across international borders.

Initially developed countries saw Mode 4 negotiations only as a means to facilitate short term migration for corporate managers or for firms to send highly-skilled specialists abroad. Following the launch of the Doha ‘Development’ Round however a number of economists, such as Dani Rodrik and Alan Winters, argued GATS negotiations should encompass services provided by unskilled or semi-skilled labour. They argued that previous multilateral negotiations had reduced barriers to trade in goods but that “the one market where poor nations have something in abundance to sell – the market for labour services – has remained untouched by this liberalizing trend”.  Winters argued that if developed countries increased the number of migrant workers to even a small percentage of the host country’s workforce, this would yield very large economic gains for both ‘sending’ and ‘receiving’ countries and that mutual gains would be greatest through the temporary movement of unskilled workers.  This analysis was particularly influential in the Pacific.  In 2005 for example, a report for the Asian Development Bank explored the likely effect of Australia and New Zealand increasing their quotas of workers from the Pacific to 1% of their labour force and found that “Australia and New Zealand would gain considerably from increasing these quotas through GATS Mode 4.”

A 2006 World Bank report on remittances in the Pacific explained that “the gains to global welfare from the liberalisation of the movement of people could outweigh the gains from any remaining trade liberalisation.  Perhaps nowhere is this more true than in the Pacific region”.  So it is hardly surprising that when trade negotiations were launched with Australia and New Zealand in 2009 labour mobility was seen as a key negotiating area.  Indeed in May 2011 Pacific island trade ministers agreed they would offer Australia and New Zealand new market access for goods and services through PACER-Plus only on the condition of gaining new concessions on labour mobility.

For their part, Australian trade officials argued in 2006 that, in line with the ‘Most Favoured Nation’ principles that underpin the WTO, “any scheme which granted special access to Pacific islanders may be open to challenge from other WTO members seeking similar access.” They explicitly argued [pdf] that a new labour mobility scheme for Pacific islanders could be considered “only in the context of a comprehensive fully WTO-consistent Agreement.”  Their point was that if Pacific states wanted preferential access for ‘labour-service’ suppliers, they would have to negotiate a comprehensive free trade agreement to get it.  Since then however, Australia has implemented a preferential labour scheme for Pacific islanders.

The new guest-worker schemes: Taking labour mobility off the table?

In 2007 the New Zealand government established a ‘Recognised Seasonal Employer’ scheme in an attempt to address chronic seasonal labour shortages in New Zealand’s horticulture and viticulture industries.  The RSE scheme facilitated the temporary entry of foreign workers and gave preference to workers from within the Pacific Islands Forum.  In Australia, where the National Farmers Federation was calling for a ‘Pacific islander solution to Australian worker shortage,’ a similar scheme was introduced in 2009.  That scheme – the Pacific Seasonal Worker Pilot Scheme – granted temporary visas for workers from Kiribati, Papua New Guinea, Tonga and Vanuatu to pick fruit in regional Australia on a seasonal basis.  Despite a slow uptake for the scheme it was extended to include workers from Nauru, Samoa, the Solomon Islands and Tuvalu, and in December 2011 the Australian government announced the scheme would be ‘made permanent’.  It was also announced that the scheme would be trialled in new areas; such as Australia’s cotton and sugar industries and in the tourism sector.

These new schemes, which offer preferential access to Australian and New Zealand labour markets for Pacific islanders, have to a large extent superseded earlier arguments that labour mobility can only be pursued through PACER-Plus.  Labour mobility schemes have been introduced for unskilled workers from the Pacific, and skilled workers have access through skilled-migrant visas in any case.  What is left to negotiate?  Some Pacific trade officials argue Australian and New Zealand commitments on labour mobility should be bound in a regional trade agreement to provide certainty that the guest-worker schemes will not be rescinded arbitrarily or used as an instrument of regional foreign policy.  However such commitments are unlikely.  From the Australian and New Zealand point of view the success of the seasonal labour mobility schemes is that they are employer driven and depend wholly on unmet demand for labour.  The schemes specify that only where workers cannot be sourced locally to pick fruit can farmers consider hiring Pacific island labour.  It is hard to see Australian and New Zealand negotiators agreeing to replace this flexibility with ‘quotas’ for Pacific workers or binding the existing schemes in a regional treaty.

Partly because Pacific island countries already have duty-free and quota-free access to Australian markets through the South Pacific Regional Trade and Economic Cooperation Agreement (SPARTECA) their governments have long argued that if PACER-Plus is to offer benefits to the region it must include new concessions on labour mobility.  If such concessions are not forthcoming, it is possible that many Pacific states will lose interest in the negotiations altogether.