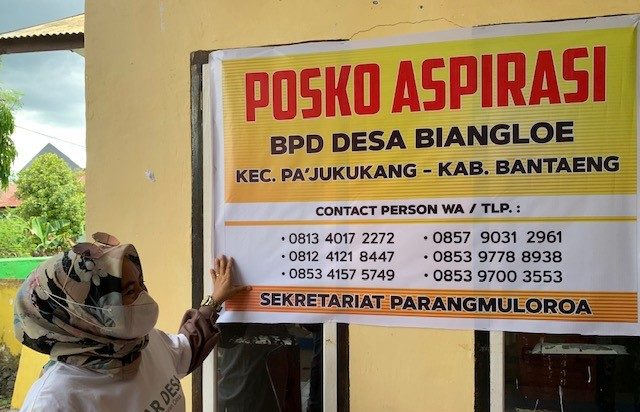 “Local, but good.” I heard this phrase used in reference to me once, and it really took me aback. While I was delighted to be considered “good”, I was concerned by this worrying phrase which suggested that most locals are not considered to be “good”.

I am Indonesian, and I was the Team Leader of KOMPAK – one of the largest development programs supported by Australia’s Department of Foreign Affairs and Trade (DFAT) in Indonesia – for four and a half years. Together with a 150+ strong team, KOMPAK delivered pilots, technical assistance, and analytics to improve basic services and economic opportunities across 24 districts and seven provinces in Indonesia.

The phrase “local, but good” highlights a perception in the international development industry that most national staff (or locals) are not qualified to take up leadership positions for donor-funded initiatives in Indonesia.

I beg to differ. I disagree with the perception that locals lack competency. There are plenty of highly capable Indonesians. And I would suggest that there are more disincentives than incentives for locals when considering leadership positions in donor-funded programs. The incentives are obvious, such as the prestige, salary and benefits, and resources to contribute to the country’s development. For me, being the Team Leader of KOMPAK was a strategic opportunity to move the needle on issues that I deeply care about.

The disincentives are less talked about. Much of a team leader’s role is about servicing the client and stakeholder management, which can be tedious and gruelling. In some ways, the team leader must deal with the tough stuff, while the team gets to do the fun stuff. Many respected colleagues here in Jakarta say that they prefer technical roles, such as design and delivery of activities.

Locals willing to pursue leadership positions come up against institutional norms. For DFAT-funded programs, there is no written rule that team leader positions must be international or local. However, I have learned from experience that there is an assumption – almost an expectation – that team leader positions are meant for internationals. Perhaps this comes from seeing that local staff in the donor organisation itself face a glass ceiling. In the last decade, I know of only four Indonesians (I am one) leading DFAT-funded programs. As I write there is only one Indonesian team leader in situ. This assumption – that donor programs are to be led by internationals – needs more testing.

Meanwhile, the United Nations (UN) assigns roles into international and national categories, and all UN agencies in Indonesia are headed by international staff. As far as I am aware, very few Indonesians hold senior management positions in the UN. I spent the first decade of my career in UNICEF Indonesia, but eventually hit the glass ceiling for national staff. USAID does have a handful of local staff leading portfolios within USAID itself and projects on the contractor side. The World Bank country office has some Indonesians as task team leaders, but none in senior management.

English language competency and writing skills are sometimes raised as concerns when it comes to appointing local team leaders. I would like to think that the ability to engage in the political economy of reforms is more important than the ability to communicate and write a report in English. There are simple resourcing solutions to address the latter.

Perhaps there are questions of neutrality, independence, and ability to understand the client when considering locals for leadership positions. On the one hand, having local staff is deemed critical, because locals have the insights and networks to instigate reforms. On the other hand, this may be perceived as a risk, because strong networks could also hinder a team leader’s ability to act in the best interests of the program or the donor. Or perhaps the team leader may have stronger relations with the partner government than does the donor.

In my experience as KOMPAK Team Leader, however, networks were an advantage rather than a hindrance to neutrality. The key was to listen and build trusting relationships with all stakeholders. Having the trust of both the donor and the partner government enabled me to facilitate bilateral relations through the program. Stakeholder trust has to be earned, regardless of whether you’re a local or international.

Because of their extensive experience and networks in relevant regions, having local staff in management positions in KOMPAK was instrumental to the program’s ability to influence policy and reform processes.

Reflecting on my own experience, I believe that having locals as team leaders – especially here in Indonesia – strengthens the local partner government ownership of the program. It frames the program as our solution to our problem, not an external response to a development problem. It helps to shift power and authority to local actors and institutions.

Being the Team Leader of KOMPAK was indeed the toughest but also the most rewarding challenge that I have ever experienced. Getting the job in the first place was tough, but what helped me tremendously was Abt Associates’ approach of “hire for potential” and their commitment to professional growth and development. I did not have decades of leadership experience and international exposure, but Abt (and DFAT) saw the leadership potential in me. They hired me for that potential and then supported me 100% and invested in developing my capabilities as I carried out my role. More development organisations need to replicate this approach – and invest in locals. It is a meaningful investment in the capacity and future of the host country.

So yes, I am local, and I am good. Yes, an Indonesian woman can lead a large, complex bilateral program successfully. And yes, I know other Indonesians out there who also have what it takes.

Let’s change our language to “local IS good” and empower local leadership at every level of international development.

Anna Winoto is Abt Associates' Indonesia Country Representative and Strategic Adviser and is based in Jakarta.