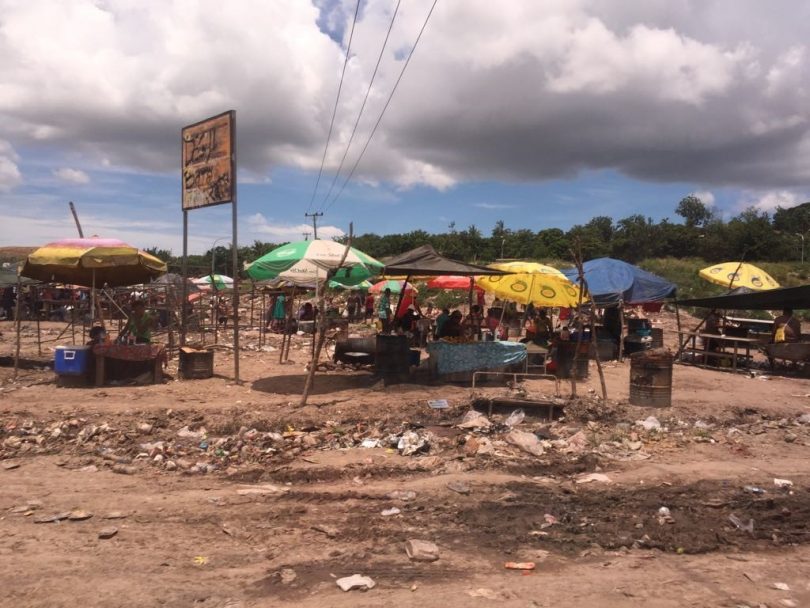 While these financial institutions have successfully reached out to more than 43,000 microcredit borrowers and 250,000 depositors in PNG over the years, the microfinance industry has been facing the problem of disproportionately low demand for borrowings in comparison to savings deposits since inception. This problem was first highlighted in the Microfinance and Employment Project’s completion report prepared by ADB in 2010. It is also reflected in the data prepared by Microfinance Information Exchange (MIX), which shows that the loan-to-deposit (LTD) ratio of PNG’s microfinance industry ranged from 52-58% between 2013 and 2018. This implies that for every kina deposited in a microfinance institution (MFI) in PNG, only 55 toea are lent out as a loan to the public. 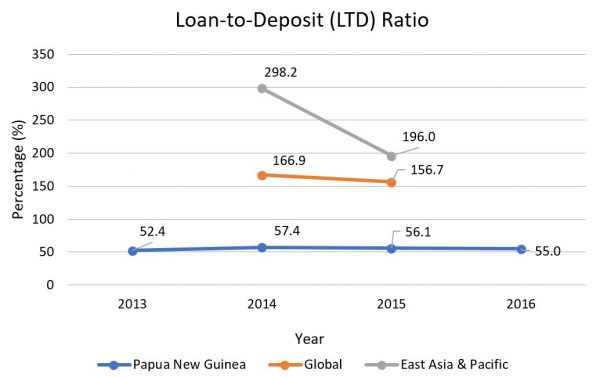 The LTD ratio is usually used as a measure to evaluate the liquidity and financing structure of a financial institution, and to determine whether it is capable of self-funding or requires external financing. While there is no general rule of thumb for where the optimal LTD ratio lies, the MFIs in PNG have been experiencing a much lower LTD ratio than the global and regional average standard over the years. The above graph shows that the East-Asia and Pacific region, which comprises 136 MFIs in 14 countries (including PNG), has a track record of issuing loans at least two times the value of deposits in 2014 and 2015. More importantly, PNG remains the only country in the region with a LTD ratio of less than one. This implies that there may be excessive liquidity in the country’s MFIs that is not fully utilised for loan purposes.

Operational self-sufficiency (OSS) is a measure used to evaluate MFI sustainability. It assesses the ability of a financial institution to cover its operational and financial expenses with its revenues. The data in the second figure shows that the country’s MFIs on average just barely achieved self-sufficiency, at 101.6% and 99.4% in 2015 and 2016 respectively. While all five savings and loan societies (SLS) in the survey sample recorded more than 100% self-sufficiency, the micro-banks on average have not been able to. This implies that on average the revenues received by the micro-banks are not large enough to cover their expenses.

This result is not surprising given that the SLS only issue loan products exclusively to their members and have few branches. The micro-banks on the other hand, experience high operational costs associated with providing services to the general population by setting up branches and establishing financial agents in the most rural and remote regions of the country. However, the situation faced by the micro-banks could be improved with an increase in the demand of loans from the population. As most of the unutilised funds from the surplus of deposits over loans are used to invest in government and treasury bills, with returns ranging from 4.7% (182-day T-bill) to 8.0% (364 day T-bill), the MFIs could have easily earned much more by issuing more loans at a higher interest rate. 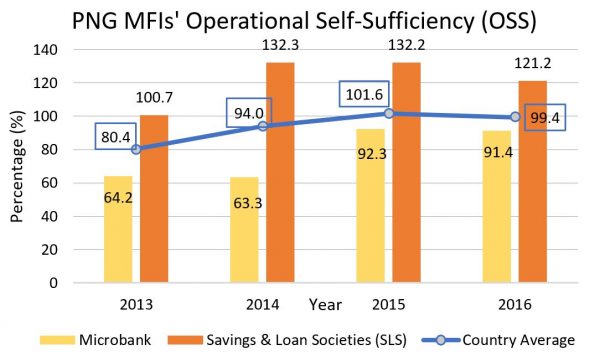 The ongoing low LTD rate in the MFIs certainly decreases the effectiveness of what microfinance can do to help the poor. While there are many different services covered under the umbrella term of microfinance, such as  micro-insurance and micro-leasing, microcredit undoubtedly forms the core of microfinance as it is the only channel whereby people living in poverty can gain access to extra money (credit) for personal use and wealth creation. Lower demand for microcredit among rural and low-income households leads to lower wealth creation. This prevailing problem is not only impeding efforts to reduce poverty effectively, it is also hampering the government’s initiatives to promote growth in local business ownership and expand the country’s tax base.

It is important to note that the low LTD ratio is a sector-wide problem and does not only affect the microfinance industry. In fact, PNG’s banking and financial sector has the lowest LTD ratio of any country in the Pacific. The PNG government needs to develop a more comprehensive policy to address the lack of lending in the country. Financial incentives such as an interest rate cap or the use of less stringent collateral requirements may not be sufficient or may even be counterproductive. Rather, the government needs to improve the business environment in PNG so that the general population is able to develop bankable projects. Increased demand for credit and greater lending will then follow.