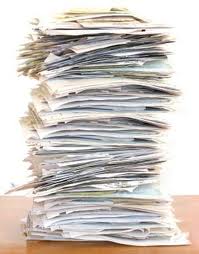 But while there’s a good case for making bureaucracies work, aid is often not very effective at eliciting sustained improvements. For example, John Eyers’ post on the review of AusAID’s Government Strengthening work in PNG notes the review found positive impacts from aid funded work but also found it “difficult to establish how much… [the work]  has strengthened the agencies’ capacity to sustain this performance without support”. And in surveying international evidence Roger Riddell notes (on p208) of ‘Does Foreign Aid Really Work?‘, “major difficulties….with few initiatives pointing to significant successes, and most being judged as having failed in a number of key areas and objectives.”

My hunch is that part of the problem here is that we too often misdiagnose what ails bureaucracies and therefore apply the wrong ‘treatments’. What follows is my take on a taxonomy on the potential causes of dysfunctional bureaucracies, offered as an attempt to improve the way that we think about aid and bureaucratic failure.

Sometimes bureaucracies don’t work simply because their staff lack the skills required to undertake the tasks they need to undertake. This is a real ailment and can be ‘treated’ with aid. For example, in this [pdf] 2004 paper Lisa Chauvet and Paul Collier provide some evidence to suggest that Technical Assistance (a component of aid that ought to build staff capacity) leads to better development outcomes in some circumstances (specifically countries where there is already a tendency towards better governance).

Yet, while the problem is real and sometimes treatable, Low Staff Capacity Lurgy is over-diagnosed: too much bureaucratic strengthening aid acts as if the problems at hand are purely issues of low staff capacity, when often the problems lie elsewhere. And when this is the case there is little reason to expect staff capacity building will be helpful. Indeed, in the aforementioned Chauvet and Collier also found that where overall governance is deteriorating, technical assistance appears to have no positive effect and may even make things worse, while a 2005 review of World Bank public sector strengthening work found that “[t]he Bank’s traditional tools—technical assistance and training—have often proved ineffective.”

As any economist will tell you, incentives matter. This is every bit as true in the public sector as it is in the private sphere. For example, imagine a ministry in a developing country government where the minister has been appointed, not on the basis of skills or mastery of the portfolio, but because their support is necessary for the government to have a majority in parliament. What’s more, imagine that the polity in question is strongly clientelistic — voters cast their votes in exchange for direct personal benefit, not in search of desired policies. Under these circumstances performance is not important in determining whether the minister keeps their job or whether they are re-elected. What matters is playing the game of national politics astutely and delivering pork to key supporters. This means our hypothetical minister will have little by means of incentives to focus their concern on the functioning of their ministry. Indeed, the main incentives they’ll likely be operating under will be ones associate with using the ministry as a means of disbursing patronage.

Incentives of this sort at the ministerial level will trickle down. Senior staff won’t be under any pressure to deliver results, and so they won’t apply this pressure to junior staff. And promotions will be awarded on the basis of who people know not what they know. Junior staff members won’t be rewarded for working hard. Work won’t get done.

Those seeking real world examples of dislocated incentives of this nature contributing to broken bureaucracies need only look to Papua New Guinea and Solomon Islands, where it is easy to trace the chain of cause and effect that I have just outlined from clientelist politics to poor bureaucratic performance. (Outside of Melanesia, for a general overview of the impacts of recipient country politics on aid work see Sue Unsworth’s excellent article in the Journal of International Development.)

The problem for aid agencies is that dislocated incentives are a product of systemic issues in the political arena, where aid agencies have very little influence.

And yet, even if there are few easy cures for dislocated incentives, it is still important that donors acknowledge when they are central to problems of bureaucracies. If for no other reason than the fact that some problems are beyond our ability to fix ought to let us target our work better, and be realistic about what can be achieved.

Incentives matter, but they aren’t everything. There are other more subtle forces that affect the health of collective endeavours like civil service work: social rules and beliefs about what is right and fair – norms (for an entertaining introduction into the importance of norms see chapter 4 of behavioural economist Dan Ariely’s book Predictably Irrational). As aid workers we don’t often think about norms. Yet in a bureaucracy that is impeded by poor political governance, norms offer some hope. Even if little can be done to get ministers to care about the performance of the government departments that they sit atop, it may still be possible that good work will be done because the civil servants themselves believe in it, and believe that contributing to a functioning organisation is the right thing to do. In Solomon Islands I observed government departments, or parts of government departments, that shone despite political malaise and as best I could tell, this occurred because the people involved were part of normative communities (themselves and their colleagues) where the work was valued and a source of pride. In a similar vein, the apparent high levels of provincial government staff motivation described by Colin Wiltshire in his recent blog post on Papua New Guinea sounds like a similar example of norms in action.

Unfortunately, as outside actors we in the aid world may not be able to do much to promote healthier normative environments in developing country government departments. Norms, almost by definition, arise within groups and aren’t something that is easily imparted from outside.

Is there a Cure?

For an aid worker the above may seem to be a counsel of despair. The one thing we can easily do, raise staff capacity, often isn’t the real solution to bureaucratic under-performance. And it is often beyond us to cure problems associated with incentives and norms. Yet all is not lost. Even when transformation is impossible, small incremental improvements may often still be within reach. Particularly if we are careful and appropriately analytic when trying to identify the source of the problems we seek to treat. This may not seem like much, but our own countries didn’t end up with good bureaucracies overnight — things got better slowly. Which is par for the course in the miracle-cure free world of development.

[Update: Those interested in this discussion may find this [pdf] summary of a thematic review of AusAID work on organisational capacity building in the law and justice sector a worthwhile read.]