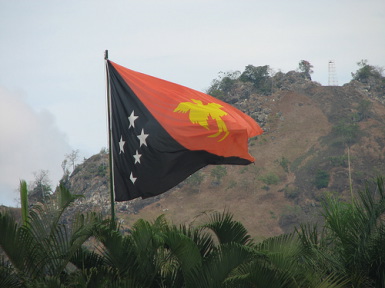 An ambitious and sensitive program of Australian aid – the Strongim Gavaman Program (SGP) in Papua New Guinea (PNG) – was the object of an independent mid‑term review in late 2011 and early 2012. Margaret Callan, a former AusAID official who is now a Visiting Fellow of the Development Policy Centre, led the review team. The review has been published in November 2012 on the AusAID website, accompanied as usual by a management response.

The SGP, a four-year program from July 2009, is the successor of the Enhanced Cooperation Program (ECP) begun in 2003. It features long‑term secondments of officials from Australian Government agencies to their counterpart agencies in the PNG Government – to serve as policy advisers, as trainers of PNG officials and as organisers of other support by their home agencies for the PNG agencies.  SGP when reviewed had 42 seconded officials, in fifteen or so PNG Government agencies (an exact figure for the latter is hard to find).

The review team’s ratings of SGP, including for effectiveness, were generally favourable – 4s on a scale from 1 (worst) to 6 (best). For relevance SGP was rated more highly at 5, while for two aspects, the first being efficiency and the second analysis and learning, it was rated 3, denoting “less than adequate quality”.  As for impact, the review team made no rating but simply commented, with the following summary:

The potential development impact of SGP is high but it will be negatively affected by inconsistent political support for reform and broader political and governance constraints.

The rating for efficiency reflects two different aspects. The high cost of SGP was noted, but assessed by those consulted in PNG as value for money because of SGP’s contributions to improvements in performance of key agencies, and the attribution of these contributions to the use of relatively senior officials on secondment – notably their multi‑skilling, teamwork, and recourse to back-up resources from Australia. The review team concluded that SGP’s high cost is justified while it is effective in addressing high-priority needs.

However, the review criticises another aspect of the efficiency of SGP – its management and coordination. The review team found that joint management processes were not working well at the top level, that coordination of SGP with the rest of Australia’s aid program in PNG was weak in some sectors, and that management on the Australian side was giving too little attention to development challenges and aid effectiveness.

Analysis and learning is the other aspect in which the review rates SGP as less than satisfactory. The key reasons seem to echo the review team’s assessment of SGP management and coordination. These are among its comments:

Some elements are working well, for example joint recruitment and management of advisers, while others such as governance and coordination are not. The monitoring and evaluation framework is sound and reporting is generally satisfactory … [but] mechanisms for continuous improvement by integrating lessons from ongoing monitoring are particularly weak. SGP’s contribution to increasing Australia’s understanding of PNG development challenges also appears to be under-utilised.

The review summarises a range of evidence from its consultations and monitoring reports that SGP has contributed to substantial improvements in the performance of PNG agencies which it supports. But the review team found it difficult to establish how much SGP has strengthened the agencies’ capacity to sustain this performance without support. On one hand, the review mentions that in some agencies there are functions now performed well enough without help from SGP advisers; on the other, it notes the risk that capacity is not improved, or even is undermined, where SGP advisers are directed by management to carry out functions directly, or opt to fill in for PNG officials who are not at work. The review suggests that in agencies where roles are mostly technical or specific, perhaps after a few more years SGP support could start to be reduced; whereas in agencies with complex roles and in areas requiring depth of experience, support may be needed for many years.

The review contains thirteen recommendations, all of which are, in my view, well supported by what the review team found and reported. They can be put into several groups.

Scope – despite decisions by the two governments during 2009-11 to focus Australian aid more tightly on service delivery, the review recommends continuing SGP’s roles in economic and financial management and in border management, arguing that these functions are structural underpinnings for economic growth and improved services.

The review recommends a stronger SGP focus on sectoral and sub-national budgets and financial management, and recommends offering SGP support to two coordinating departments which it does not cover (PM&NEC and DNPM). These address notable limitations of SGP (as of its predecessor ECP). But those limitations are linked to the priorities and preferences of PNG’s political leaders.

Evaluation – the recommendation of greater efforts to identify objective performance data is apt, but reflects the perennial difficulties of assistance which is flexible and includes policy advice.

Gender – there is a recommendation of improving SGP contributions to gender equality, which is presumably warranted and practicable.

Management – there is a set of suggestions for remedying the shortcomings in management and coordination identified by the review team.

Capacity building – there is a trio of recommendations relating to SGP’s capacity-building function:

The first two of these recommendations may turn out to be adopted to varying degrees in different PNG agencies, rather than by central direction. And the third has run into AusAID’s disagreement, as noted below.

The review does not contain assessments on two subjects which were crucial aspects of the predecessor ECP and its reformulation as SGP – the effort to reduce opportunities for corruption in and through PNG government agencies, and contention between ECP’s supporters and opponents among PNG’s political leaders and senior officials.

It is understandable that the review team was not expected to report on how much progress SGP has been making in curtailing corruption in the PNG government. The review cites (in paragraph 34) the PNG Government’s 2007 Review of the Public Sector Reform Program, which listed PNG’s political and governance challenges as including disrespect for the rule of law and government policy commitments by politicians, political interference in due process, erosion of public sector values through politicisation of the public service, and limited enforceability of public accountability with appropriate sanctions. The review adds, “These issues are more suitably addressed in broader bilateral discussion at the political level.”

As for political-level debate, if it is missing because SGP is not perceived as unduly intrusive and an affront to PNG sovereignty, as its predecessor ECP was by more than a few, that can be welcomed. But if SGP is less contentious because the threat it represents to scams of the larger kind in PNG government agencies has been contained, that would be a different and troubling story.

For interpretation of how PNG’s leaders view anti-corruption efforts including SGP, readers will have to find other sources. During my own time in PNG in 2006-08, I used to recommend the local branch of Transparency International. Some recent developments have been summarised here.

The AusAID management response to the review is largely positive, although on six recommendations its agreement is partial and reservations are noted.

It is difficult to recognize in the short response why AusAID’s managers have taken so long to produce it, unless they wished to incorporate results of informal consultation in Papua New Guinea.

AusAID has disagreed with only one recommendation – that of extending the scope of SGP to include other aid‑funded capacity-building activities. AusAID says this is premature, and it will be part of the SGP redesign to consider, through a consultative process, how best to ensure a comprehensive approach.

While that is a fair rejoinder, it will be unfortunate if ways are not found quickly to put to better use the detailed knowledge acquired through SGP of PNG agencies’ operational needs and how most effectively to meet them. No doubt the review is correct in anticipating a reduction in the ability or willingness of key Australian Government agencies to send senior officials to PNG on long‑term secondments.  This will make it critically important to leverage their knowledge and access through other, closely linked forms of support.

John Eyers is a former official of the Australian Treasury. He was seconded to the PNG Treasury in 2006-08 as part of ECP.